To say that this is an odd summer would be an understatement.

Lots of working travel for me, Wylie working his first job and getting ready for college, Miles going to band camps,  Brother and Sister (the foster kids we did respite care for) and their siblings have been placed with a hopefully-forever family, … these are just a few of the reasons that this summer is odd.

But still it is summer, and despite the fact that I have not swam in a lake, or set off a sparkler, or blown up a pool, I am doing what I can to notice the small moments that offer themselves up to me like little feathers dropped at my feet. 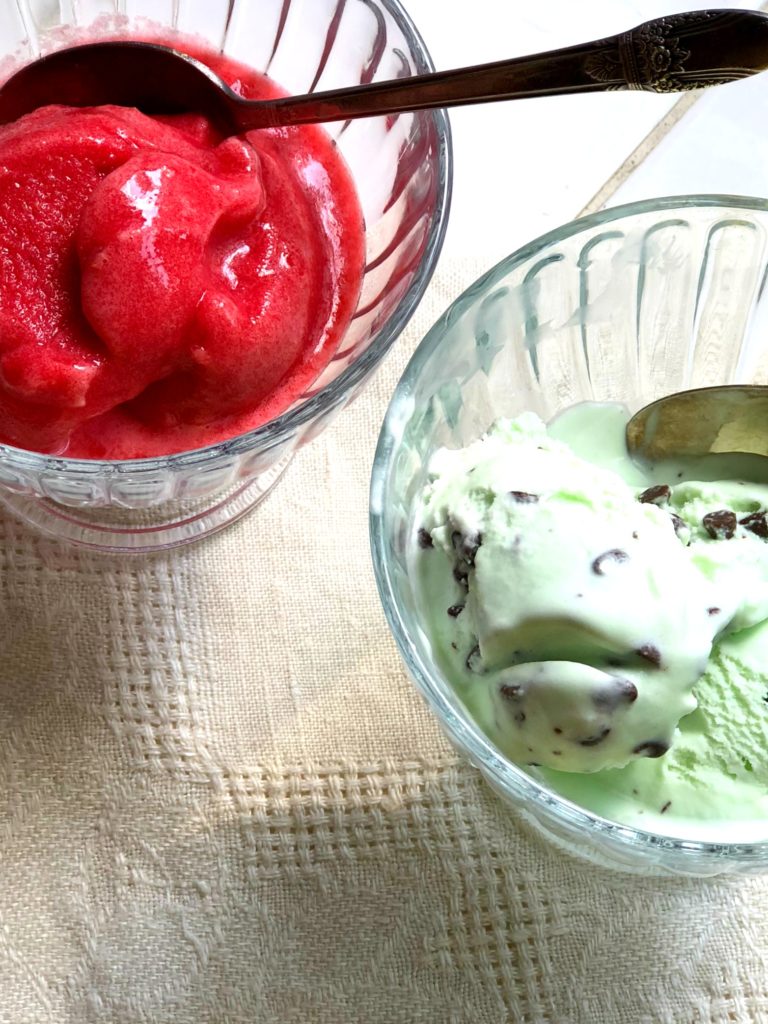 Like making homemade ice cream. One of my very favorite summer traditions.

Sunday night was Small Group, and this weeks theme for dinner was Summer Picnic, so I whipped up my Maw’s potato salad and a couple of frozen treats, deciding to test a couple of new recipes I had pinned. 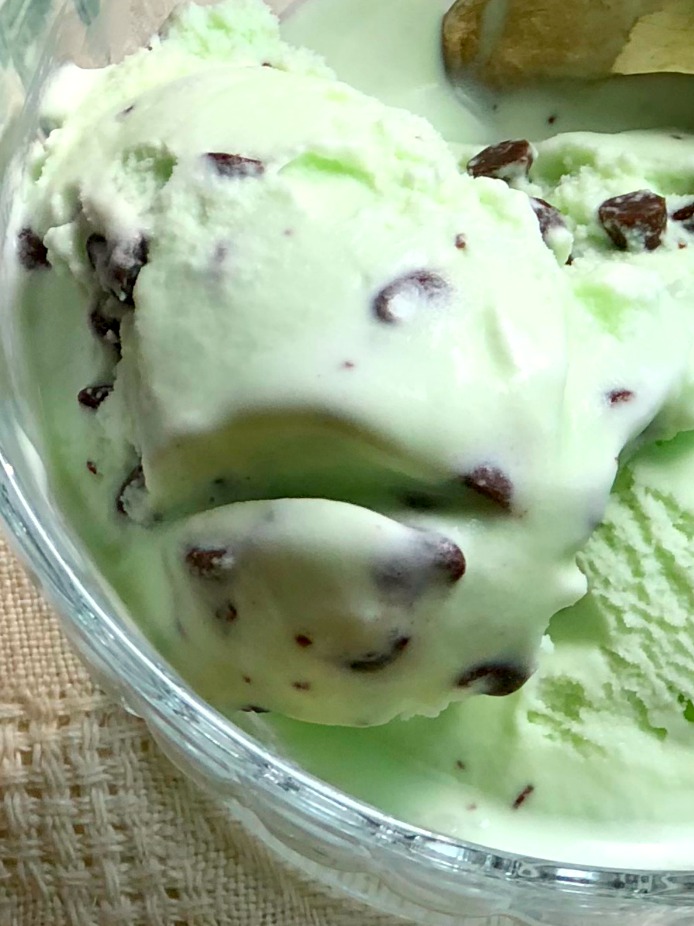 I only had to be make the following changes to the recipe:

I used mini-chocolate chips instead of shavings, and I added a bit more mint flavoring than recommended.

(mostly I make changes to recipes because I start cooking before I check my ingredient stocks… this drives Sweet Man insane, but it hasn’t killed him yet.) 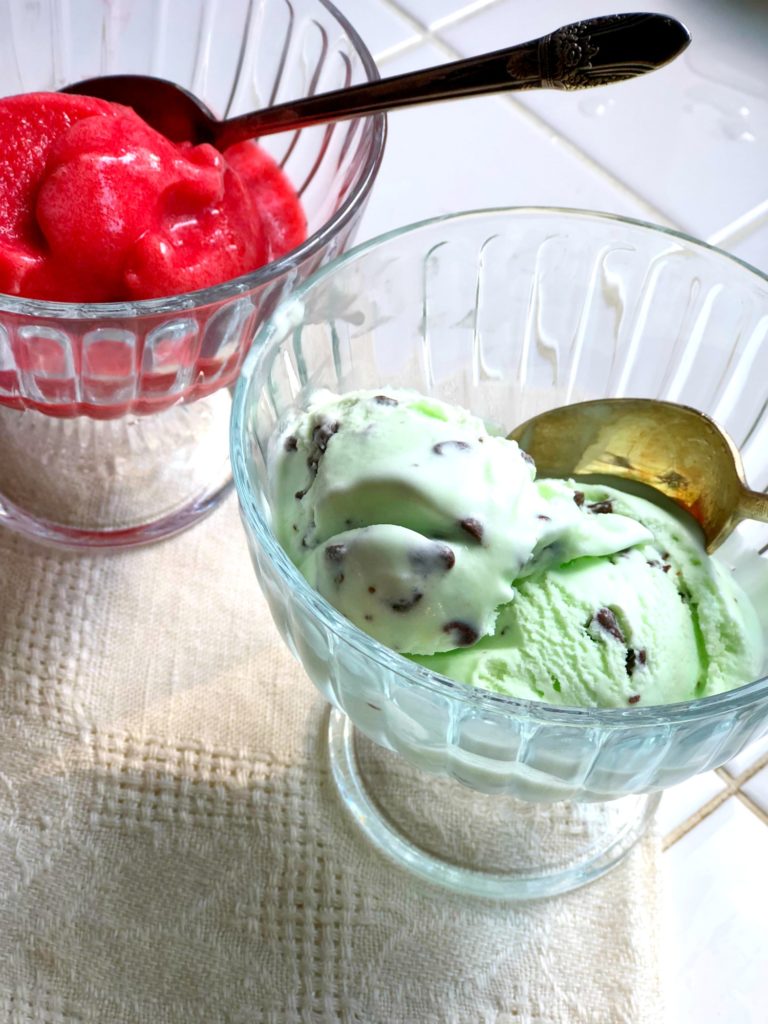 I would say that the recipe makes 4 healthy servings, or 6-8 small ones, and melts quickly once out of the freezer. But it was yummy – not too sweet or too minty. 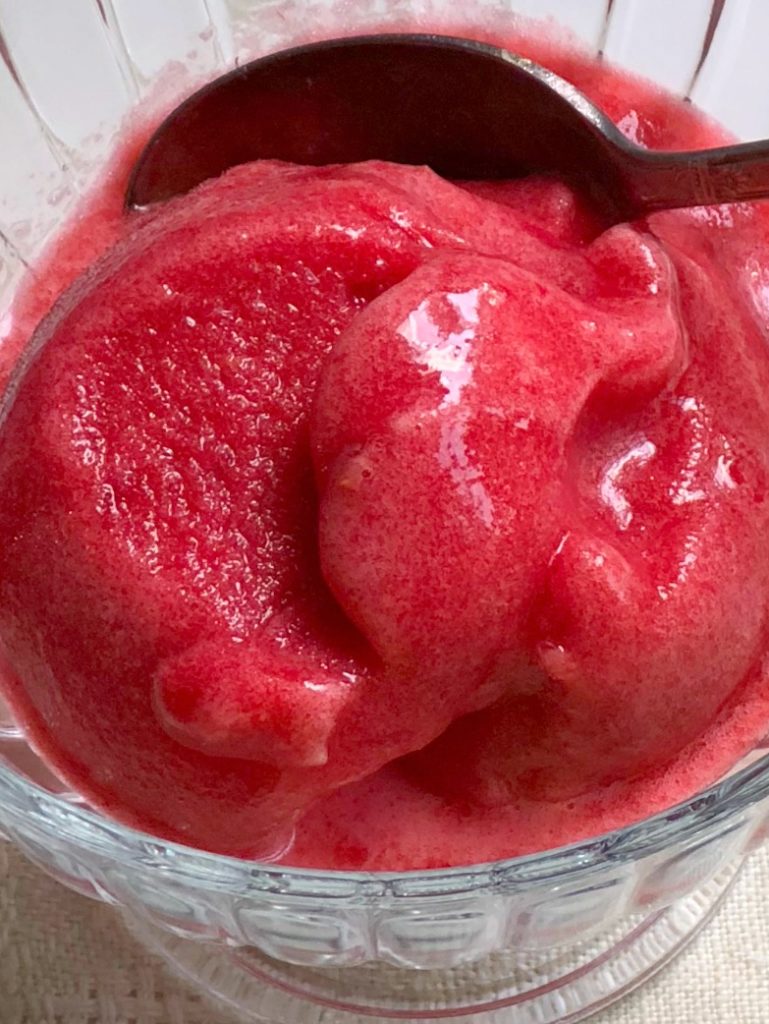 Miles has developed a digestive reaction to dairy, so for him I choose this Raspberry Rhubarb Sorbet Recipe.

Change I made to this recipe were:

I added a small squirt of lime.

I didn’t chill before putting it in the ice cream maker, but that didn’t seem to be a problem.

Also, I used frozen Rhubarb and Raspberries. May try it again with fresh to see what the differences are. 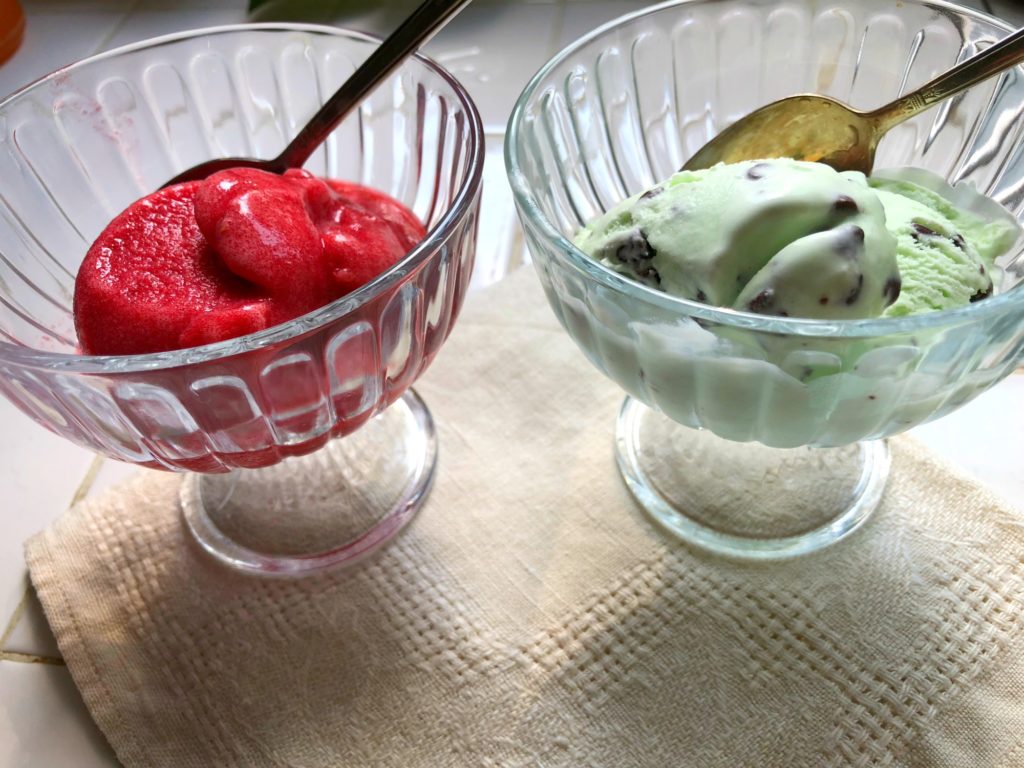 The sorbet made less than the ice cream, maybe 3 healthy servings or 5 small ones.

It was pretty tart, and the wildflower honey gave it a wild taste (imagine that!) but it was lovely all the same. Also, it melted quickly as well (which I think is the nature of homemade frozen treats.)

I would say, based on the fact that there was not a single drop left when we left Small Group that both recipes were a success. Hurrah!

I don’t know what other bits of summer I will be able to gather up between now and when we move Wylie to school, but we will have VBS in the next few weeks, and I suspect I will find my way to a lake at some point. And, I can always make ice cream.