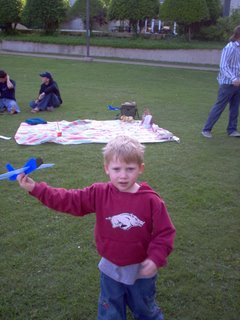 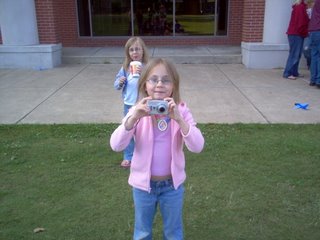 Taylor (one of Brian the Sax player’s twin girls,) and I took pictures of each other taking pictures. 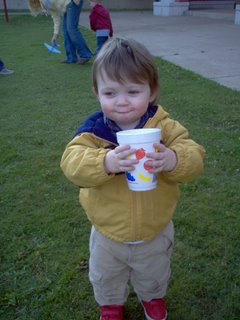 Last night Nathan’s band The Frup had a gig in Arkado at HSU, on the Quad. They opened for some well known college band out of Memphis (I can’t spell their name, so I won’t try.) The rumor was that there would be a big crowd and we were all excited to show off our guys to lots of new people. However the crowd was to be so big, that the Powers That Be canceled the free cook-out, and so all the those college kids who were supposed to come whoop and hollar, didn’t.
(No free food = no college kids. Doesn’t everyone even remotely connected with higher education know this? )
But The Frup’s loyal following was there and they whooped and hollared like the good fans that they are.

The quad was wide open for the kids to roam, and roam they did.

Holly and I decided that we should load the kids in some RV’s, book the band some festival shows in the Northwest this summer (seeing how it is too hot here to even consider such an idea), and have lots of picnics out on lawns. Ah, the dream life…