I had just laid down for a nap when I got this voice text from Nathan:

“You should come look again.”

Now, usually I would ten shades of irritated for being called outside right as I was lying down for a nap. But not this day. This day I happily jumped up, stepped into my muckin boots, and headed towards the back west corner of our property.=, Where I found that Nathan (aka Sweet Man) and Wylie standing with pride over portions of a fallen tree that they had just began cutting up.

“What do you think?” Nathan asked. “Will these make good Advent Wreaths? Want me to set a portion aside for that?”

“Yes!” I squealed, doing my happy dance around the logs, checking out the quality of each section that had been cut. As I inspected the wood, I realized there was much more of it than we would could use for this years Advent Event. “Do you think we could make some into sitting stumps for a fire pit area?”

“Sure!’ was my sweet husbands reply, which of course resulted in more happy dancing from me.

There are now five generous pine tree sections rolled up near the house, all awaiting their new employment as sitting stumps and thinking stumps and Advent Wreaths and whatever else I can tease out of them.

Y’all, I love my husband. He knows me. He gets me like no one else does.

I always thought I would marry someone in the ministry. Maybe not a preacher, but definitely a worship leader or a youth minister. Strangely, this was not a conscious thought, but an assumption, one that resided buried deep, right underneath the assumptions that there would always be air to breathe and water to drink.

It wasn’t until Nathan and I were good and married that I realized that this was not to be. My young and handsome husband had many interest and talents, but ministry was not one of them. Despite growing up a preachers kid, he felt no call of his own – something I couldn’t quite wrap my brain around. In fact this was the first thread that was tugged out of a carefully woven story I had knitted together over the course of my twenty – three years.  Growing up in an extended family full of preachers and worship leaders, loving church life as much as I did, I had an unconscious expectation  that everyone in my family, and in families like mine,  would naturally want to work in ministry in some form, why wouldn’t they? Isn’t it the most fun?

It wasn’t until one of my younger sisters pointed this out to me that I even realized it was something I believed.

Standing there in our mother’s kitchen during a visit, my younger sister Jemimah curiously lobbed the words “You think we will all end up in ministry or church leadership don’t you?” The question took me aback, because the answer seemed obvious to me – of course we would all end up in church work, if not as employees, at least as strong lay leaders. It’s what people did. At least it was what our people did. It had never even occurred to me that life would be any other way.

But Jemimah’s question that day stuck with me. Could it be, that perhaps not everyone that I loved – or in the world for that matter – felt the same pull towards the church and ministry that I did? And could it be that this was legit? That it was an okay way to live, to not be in formal ministry?  What a radical thought.

–Okay, so in retrospect I know this should have been an obvious thing. I should have known logically by the age of 23 that we would not all end up in ministry, but I didn’t. I really didn’t. You see, I had always chalked my interest in ministry as biological. It was part of my DNA, part of the family culture, just part of who we ALL were. But that day a tiny little spark of light grew a little bigger. What if my interest, my LOVE for church work and the work of the church, wasn’t all biology? What if it was a call? Could that be? Could all my passion and questions and delight and frustrations and dedication and hope for Christ’s church – in all it’s forms – be more than just a family hobby? Could it be a real call, unique to me, to a life of ministry? Of preaching, and writing, and pastoring, and serving and worshiping and leading in all these things? What if it was me who was supposed to be the minister, not Nathan?

It should come as no surprise, the way God works and all, that Nathan, the one I had assumed, somewhere below the layers of logic and evidence, would go into the ministry in some form, who would be the one to bring my call into the light. Who would use the word CALL to describe my passion, to explain the magnetic attraction between myself and all things ministry related. Who would continuously push me and support me, challenge me and cheer for me as I began to slowly step into this idea.

The idea that I was the minister, not him.

You see, I always thought I would marry a minister, but instead I became one.

Growing up in a patriarchal religious system I had initially looked to my husband to fulfill the call that I was feeling.  I had assumed that he would be the one to lead, and I would be the one to help. But the Spirit moves in mysterious ways, and God has different plans than ours. And it was my sweet husband who would quote 1 Timothy 3:1 over and over to me in times of doubt and timidity. It was he who never doubted my calling, never doubted my gifts, who was and is and will always be, my greatest cheerleader and my greatest bullshit meter (no one can smell a puffed-up ego-driven self-serving preacher like Nathan Greer can.) There is no one (with perhaps the exception of my father) who is prouder of me and no one who pushes me harder to keep growing as a minister and a leader, who believes that I have been called to a good work. And simultaneously there is no one who feels less called to formal ministry than Nathan.

Which brings me back to the tree stumps.

Once upon I thought that Nathan would be the minster and I would be his helper in ministry.

And then I became a minister and I thought that Nathan would be my helper in ministry.

But that idea died a quick death. A death that included more than a few tears on my part as I looked at other ministry-couple peers. Couples that seemed to love working in ministry together. Couples that shared similar passions and call to official roles in church work.

I wanted what they had. That singleness of vision and forward motion. That shared work.

But no matter how much I pushed that was not to be our dynamic. And so I grieved. I grieved (and still from time to time observe a moment of silence for) that dream, that picture in my head of how it was supposed to be, and instead I begin the process of opening my hands to what was to be instead. I began to look with an open heart for what would rise from the ashes of that burnt-up and false expectation.

So no, Nathan doesn’t lead worship at church, and he doesn’t help with youth lock-in’s, or go to committee meetings with me.

But he does proof my sermons for grammatical errors (always so many,) and he puts back a plate of dinner for on the nights I have late committee meetings or adult ballet. He cheers for me when my career has a big day and he plants me huge pumpkin patches, and he saves the logs of fallen trees from the burn pile so that we can turn them into thinking stumps and Advent wreaths. 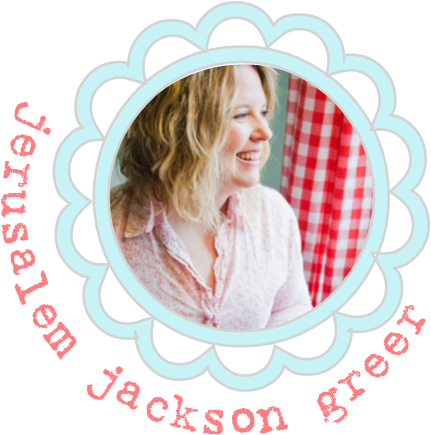 « 5 Books for Celebrating the Church Year at Home
On Thanksgiving »