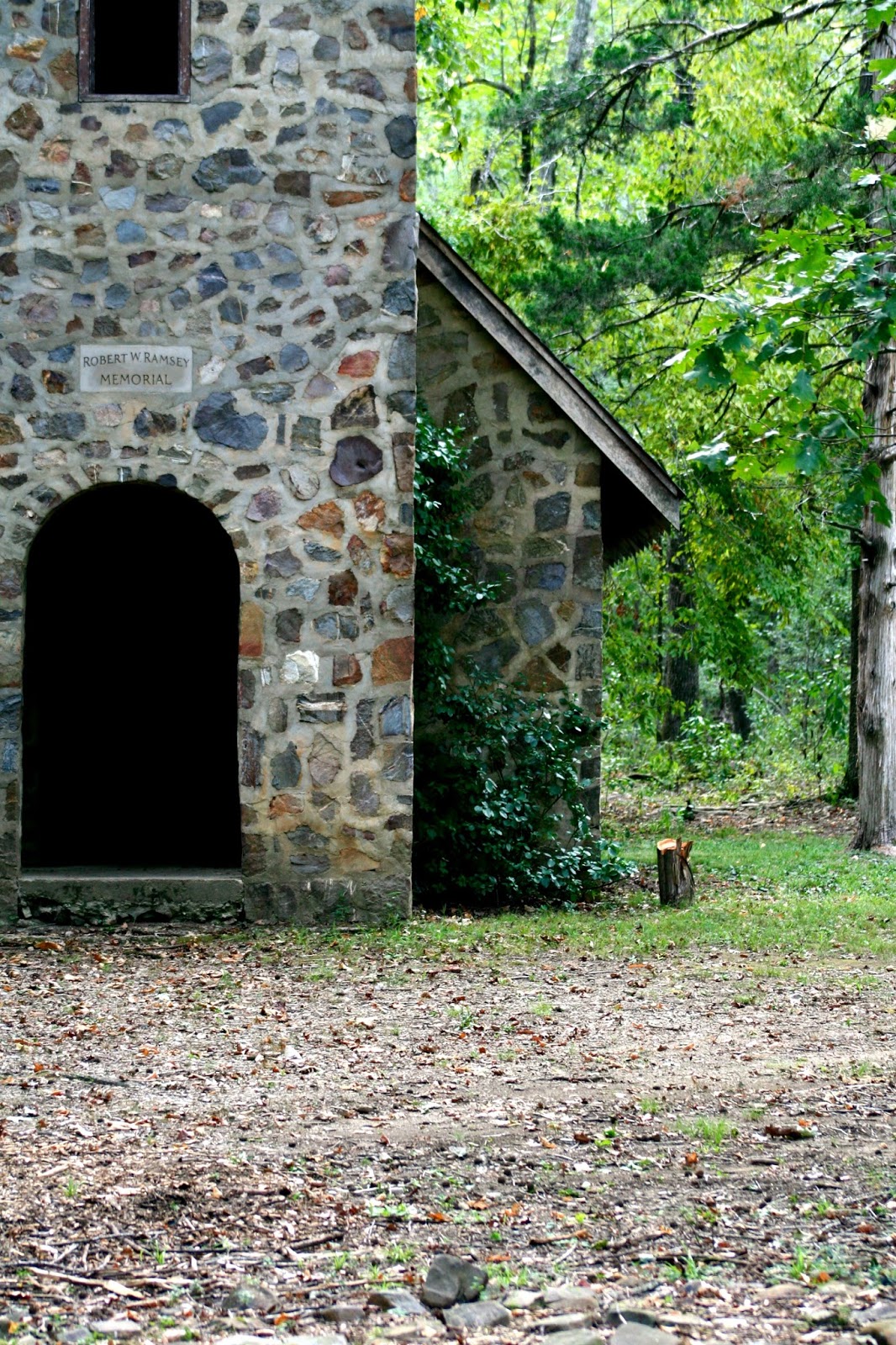 43 years ago my parents were married in this chapel at Ferncliff Camp.
This past weekend I stayed at the camp for the Arkansas Women Blogger’s Unplugged Conference, and I went inside the teensy tinsy chapel for the first time in a decade or two. I had forgotten how small it was. I cannot tell you how holy the chapel felt. I left wishing I could worship and experiance the eucherist between it’s stone walls each and every week.
Before I left, I snapped some pictures of the chapel and posted one of them to Facebook via Instagram.
Below is what my mother wrote in the comments about that April day, all those years ago. 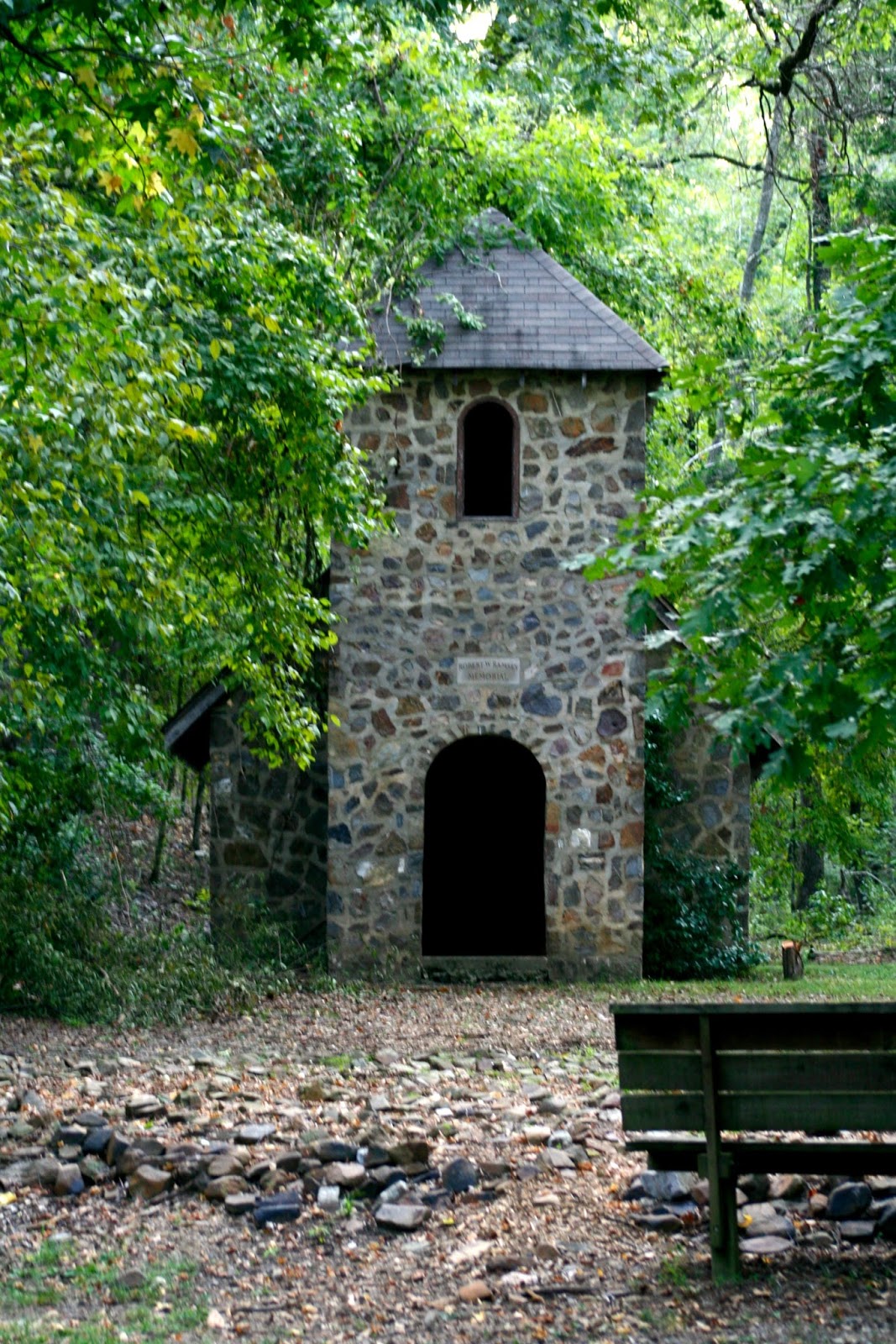 Rain, no electricity only candles lit up the interior as the crowd scrunched in as close as possible on the wooden pews. My mom had made my dress with bell sleeve’s my veil was a simple half a yard of sheer tulle bobby pinned to the back of my hair with daisies. I held handful of daises with a ribbon around them. My dad walked me over the field under a golf umbrella. My “curled” hair went straight and one of my maid’s went curly; only Aunt Teija’s was perfect. The only music was a flutist playing classical music as we entered and then during the ceremony Johnny who sang “Bridge over Troubled Waters” to me with his guitar and the flutist accompanied from the top perch. Grandaddy and Uncle Jim sat side by side like two rocks. My mom cried and I remember being momentarily sad that I had not even thought about waiting until my brother, serving in Vietnam could be there. The people who show up at a wedding in a chapel in the middle of nowhere are your true friends whether you ever see them again or not. We walked to the small reception area past a cabin that housed a bunch of girl scouts on a camp-out. Their faces were pressed up against the screen to see this strange occurrence. As we passed I said hello to them and wished them well and wasn’t this great, I just got married. Just the type of greeting I do! Many years later I found out our pastors wife who taught anthropology at UALR was always telling her classes about that wedding. I used to get the “Oh, your the girl who got married in the rain” comments. I was only doing what I thought all girls did, have the wedding they dreamed of. In the chapel, in the back of the camp property, in Arkansas, on a rainy day in April. 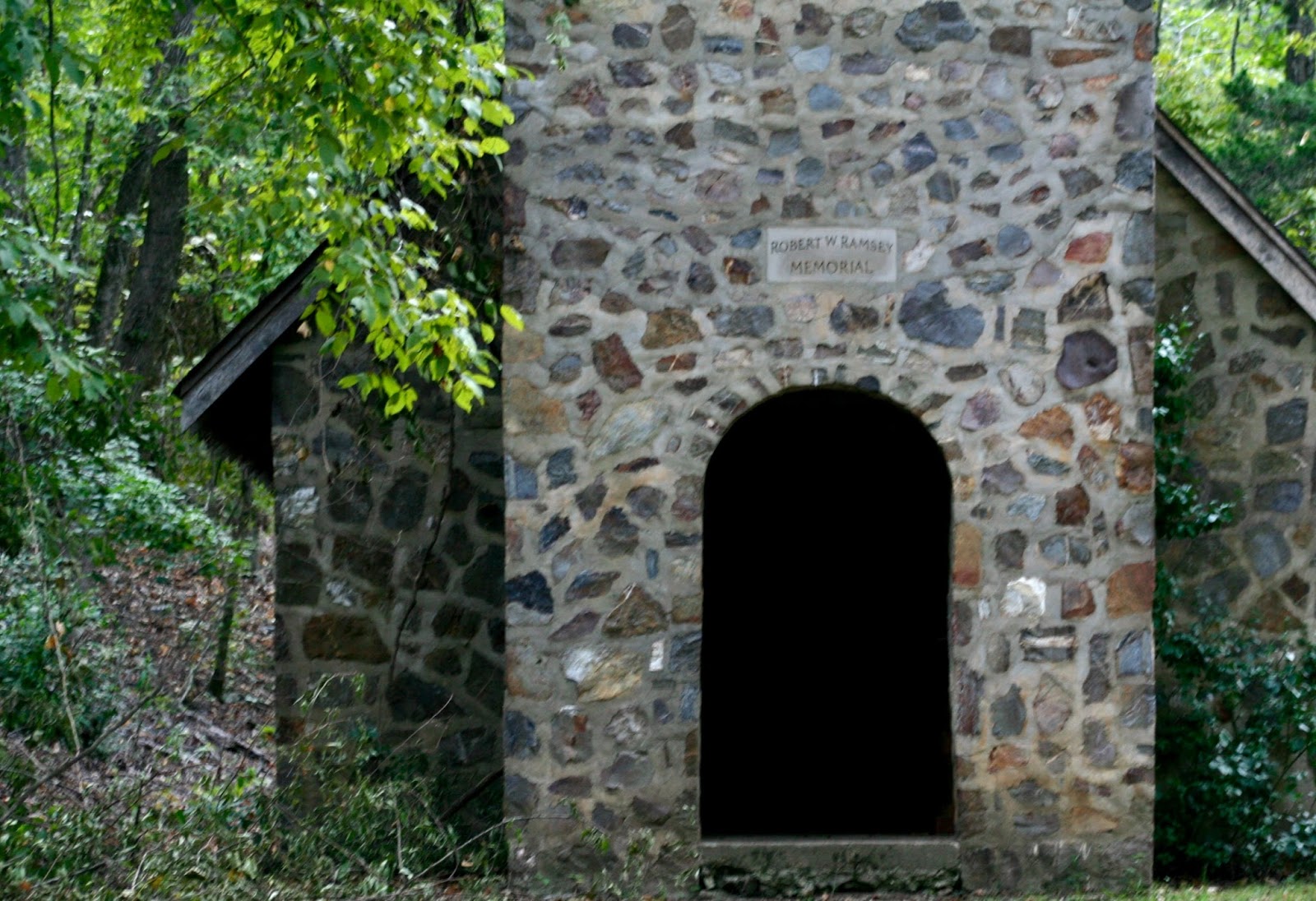 « Oscar and Me
Saturday Morning Vlog »