Looking back over the remaining pictures from the Illinois trip, I keep coming across pictures that are supposed to be of something else, but really just end up being about the gigantic sky that hangs over that part of the country.
In Illinois, the road stretched straight ahead into infinity. Big sky above, Fields on either sides. Everything is so open. If people in Illinois have secrets, they must be hidden indoors, because there is no hiding anything outside where everyone can see every bit of your business. The land is too flat to provide cover, everything is exposed and in response everything is also extremely neat, tidy.
By contrast, most of Arkansas, at least the part I inhabit and travel around, is a curvaceous and lush. Thick, overgrown vegetation lines our highways, a curve in the road will suddenly give way to a breathtakingly high ridge that over looks the greenest valleys. Taking a road trip in Arkansas will take you through a wide variety of terrain-from the flat, stark delta, to the mysterious twist and turns of the Ozarks. There are plenty of secrets around these parts hidden in along the rivers bend, in the twist of a dirt road, behind a crevice on the side of a rocky incline. In this part of the South this land -and the weather- is unpredictable at best and a little too much of everything all the time; Too green, too curvy, too hot, too messy, too wet, too dry. 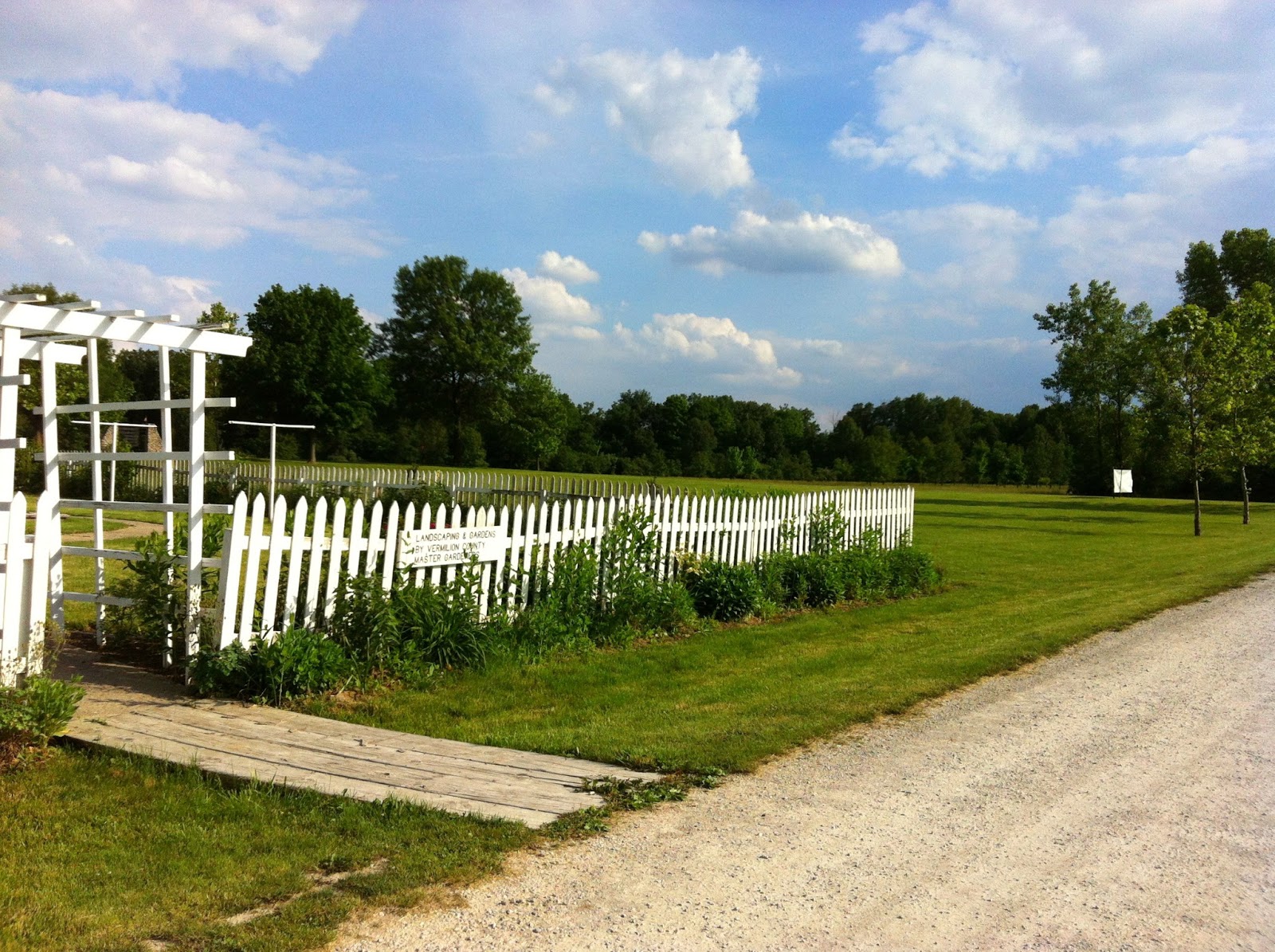 Lately I have been chewing on the idea of desires.  Not the “I want to run away with Gerard Butler” kind of desires. And not “I want a bigger house” sort either.   I mean  bottom of the heart, unspoken, perhaps even unrealistic, desires. What I affectionately -and occasionally frustratingly- call: crazy dreams.  And I have been wondering what it might look like to name those desires out loud. To stop laughing them off as crazy. To own up to them.  To let them float up, and out into the world, like dandelion seeds caught on the wind.

To see if once they are released,  into the huge expanse of sky and possibility,  if they will land and take root, or if they will just sail away forever. I wonder what will remain of them at the end of the day, after the breeze has settled and the sun has set and the cicada’s sing their summer song. 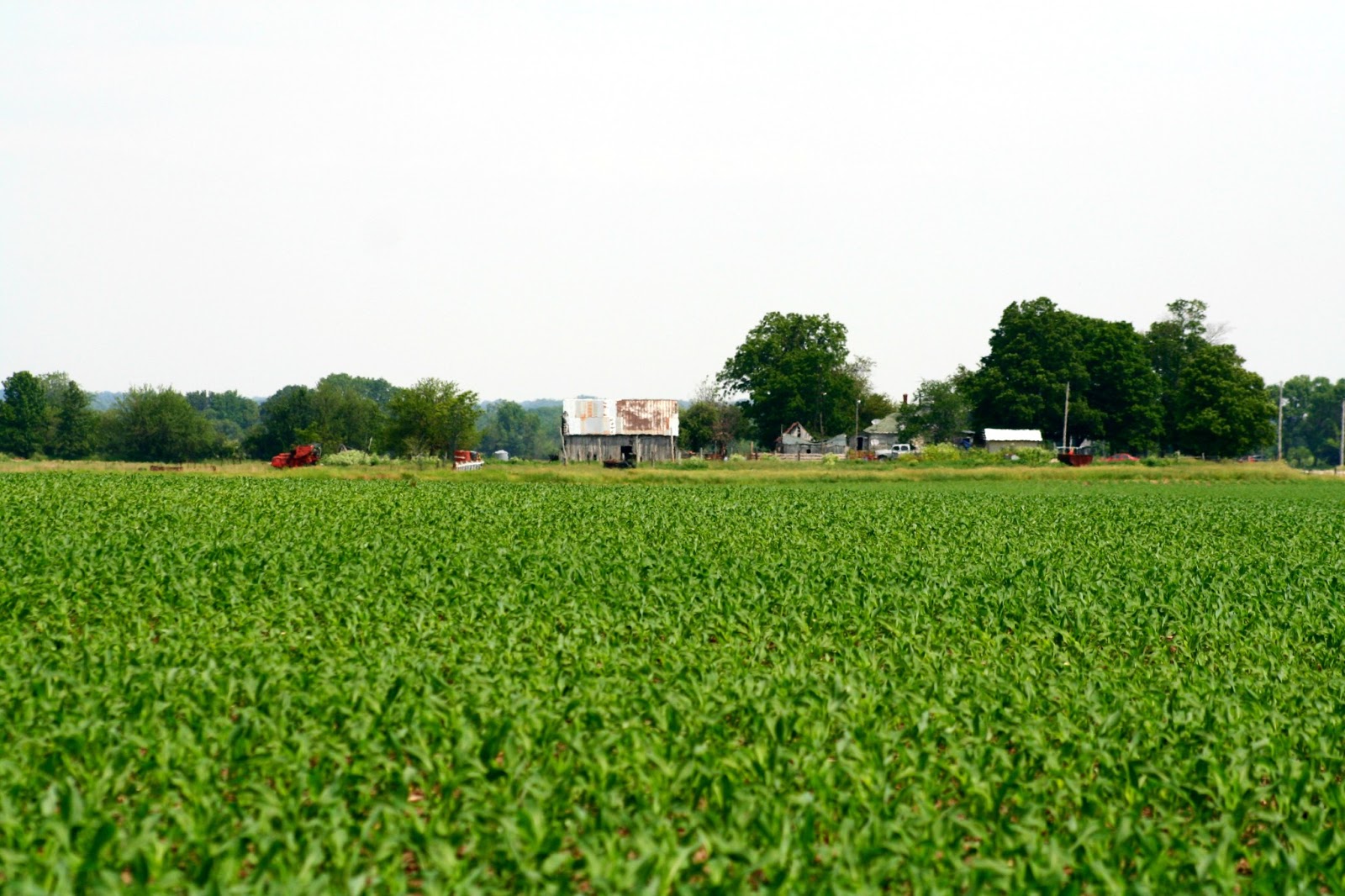 Some of these desires seem impossibly lush, curvy, and wild. The road, in the wake of them,  does not appear straight and obvious. There could be untold ridges and valleys and overgrown vegetation all along the way. Currently I will only acknowledge them in half-whispers to myself in the twilight of the evening. The extravagance of their existence both excites and repels me, like skinny dipping in the lake at night. The temptation great, the depth a bit murky.

I worry that I will sound silly, selfish, ungrateful, foolhardy, discontent, if I talk about them. If I give them proper names, if I release them into the world.

(And oh how I loathe the thought that I will sound ungrateful or discontent. And why is that that I think I have to choose? Where did I get that idea that desire and gratefulness are incompatible? That following  inspiration, a thought, a dream, a calling that does not come with a clear itinerary means I am discontented where I am? Isn’t this the very intersection of beauty and mess?) 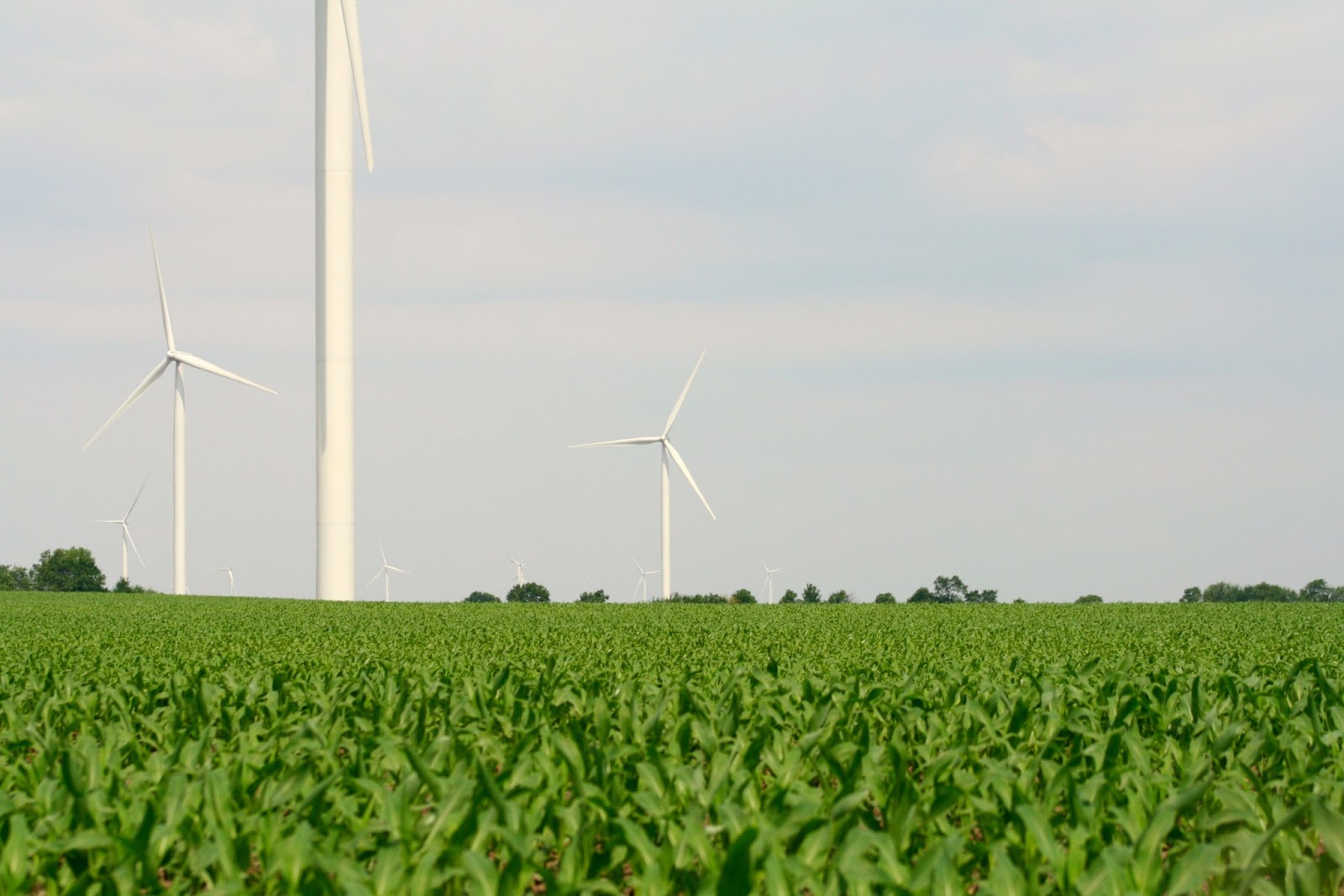 While we were in Illinois we kept seeing all these huge, massive windmills, and you might say that my mother became enamoured, even, a tad bit obsessed with them.  Every time one came into view, we would both exclaim “there’s another one!” as if we had discovered gold.
And then we saw the farm. 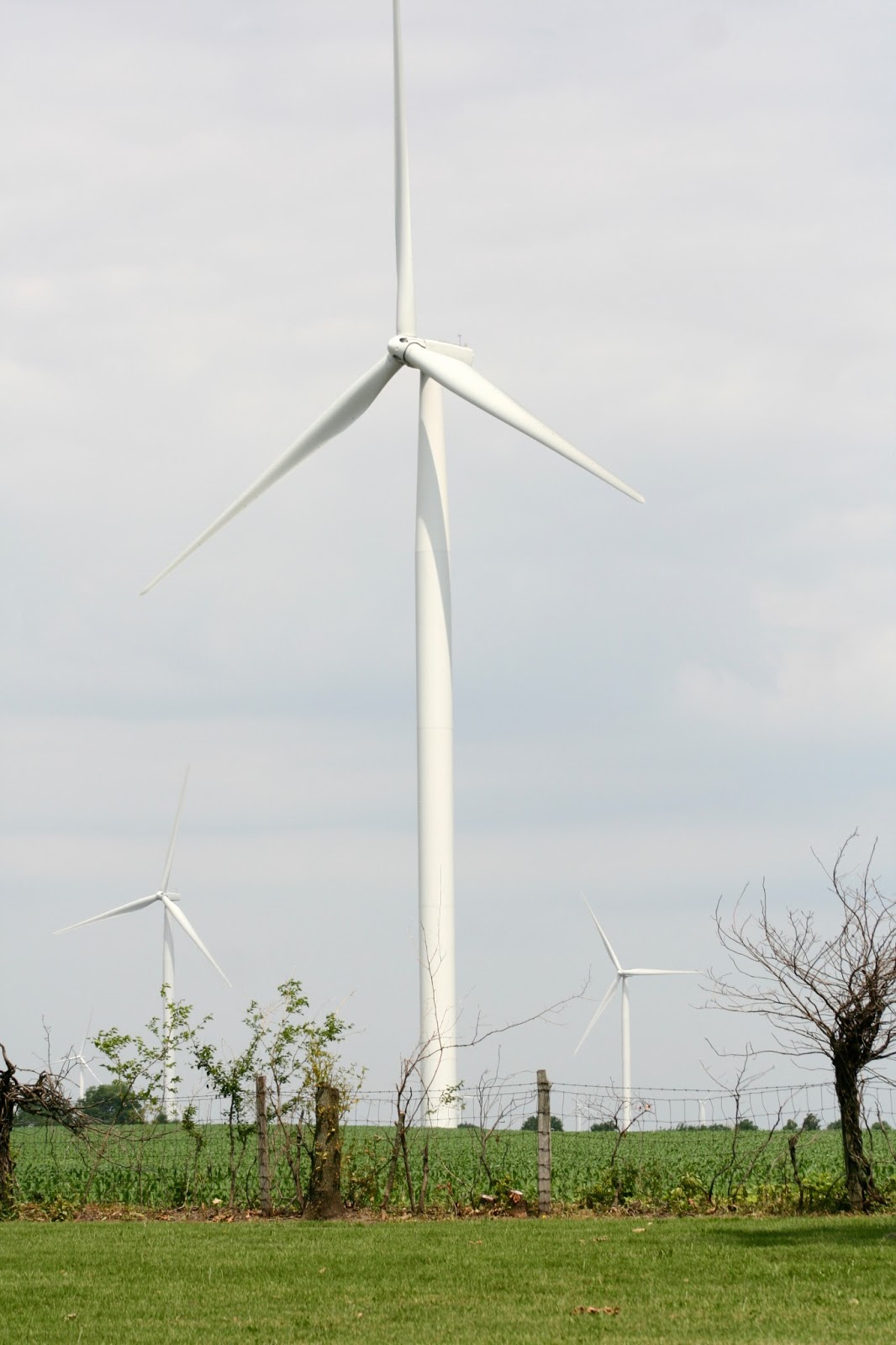 Sunday morning, an eight hour drive ahead of us, we did the only thing that made sense.
We took an unscheduled detour off the interstate and onto a country highway in search of a way to get as close as possible to the Windmills, landing eventually, serendipitously in a cornfield behind an elementary school full of windmills. Abandoning the car, and ignoring the No Trespassing signs, we got as close as we could without tromping on Mr. McGreggor’s fields to the ginormous beast. We may not have been close enough to touch them, but we were close enough to hear the deep baritone of their rotation, sing it’s song: Whoosh, whoosh, whoosh.
Going through the pictures I was struck by the role desire played in all of this. The idea of windmills in cornfields, in harnessing the wind, in creating new types of energy.
Someone had the desire to see these ideas come to fruition.
Someone said out loud, “What if we put huge windmills in the middle of cornfields? Wouldn’t that be something?”
And now, perhaps a decade or two later, there are windmills in cornfields, and my mother says to me “What if we could get really close to those windmills? Wouldn’t that be something?” 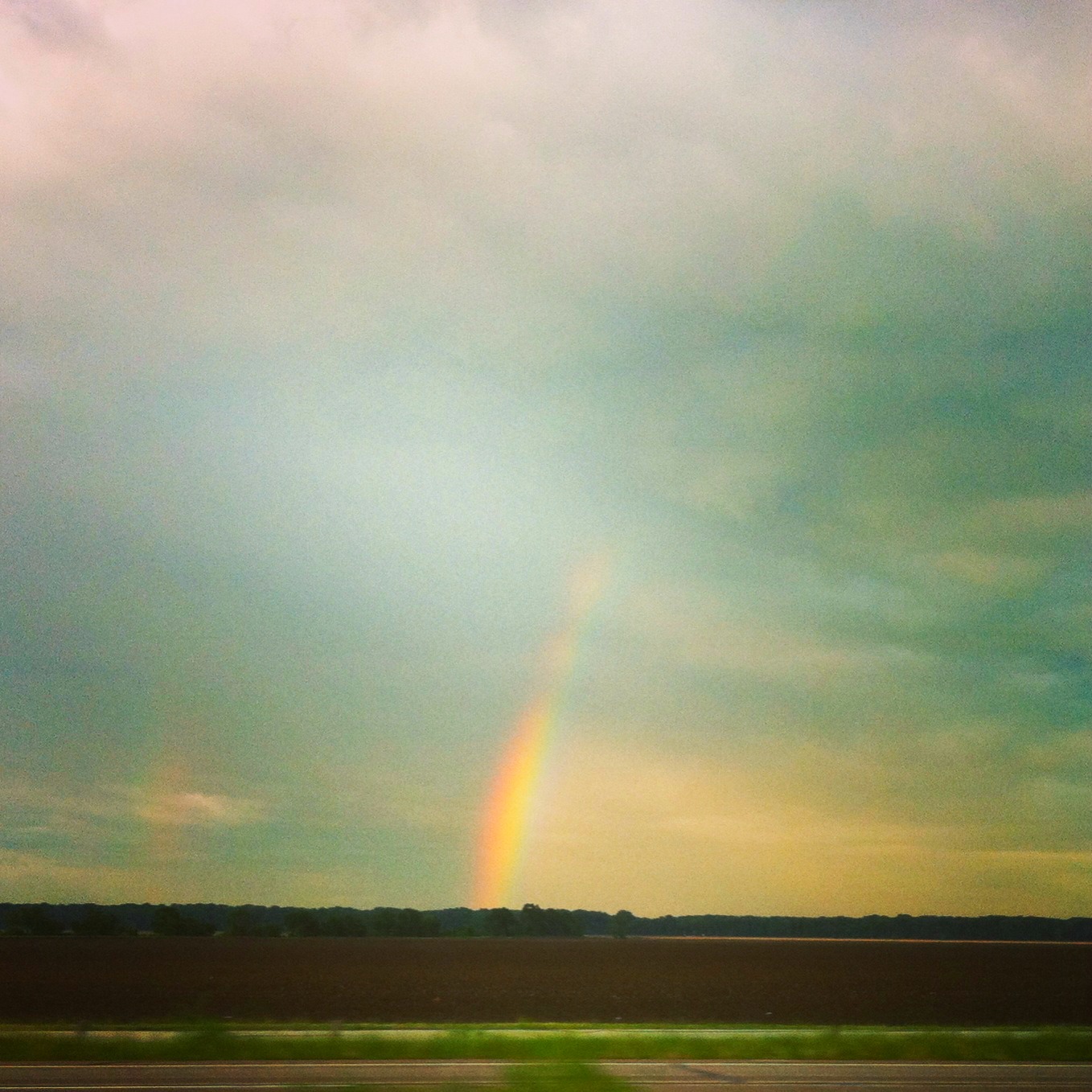 Later, after the windmills, came the rainbows. Two huge ones that followed us for miles along the interstate, bridging all the sky in between the lush green ground and the thick full clouds.
I had to fight the urge to abandon our chosen path and chase them down.
To see if they too ended in a corn field somewhere down the road. 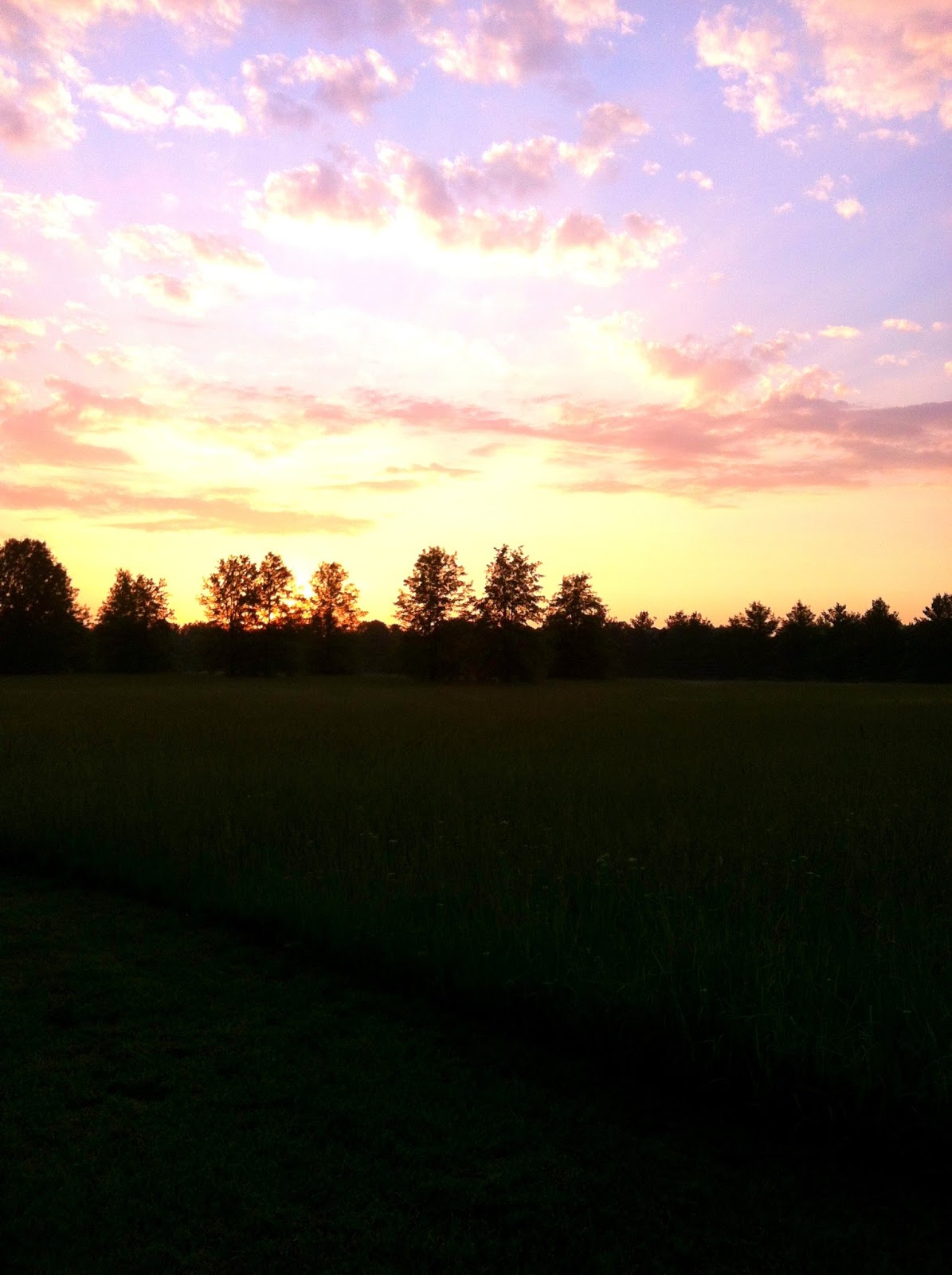 And then after the rainbows were the sunsets, amazing big sky sunsets.

And I am right back where I started, thinking about these things called desires, and what to do with mine.

In the end, (or perhaps this is the beginning?) I decide that the only sane thing to do is to release them. Name them. Share them.
It is a humbling and vulnerable position to take.
There is no magic formula after all.
No promise that these desires will take root and flourish into anything more than seeds on the wind.
I do not believe in that sort of voodoo Christianity.
I do not believe that my action will force a reaction from He Who Is Holy; That God and I are playing some sort of elaborate game of tic-tac-toe, the only options being win, lose, or draw.
Nor is this is some sort of entitlement card I am playing, like my children after they have completed a common daily chore “Look! I obeyed! No fuss! Now, what is my reward?”

But to leave them- these crazy dreams, these unrealistic desires,  in the safe, dark, place I have been keeping them, would mean to continue a distorted sort of  self-protection; a walling off of my heart.
It would mean willfully choosing to silence the call I feel – have always felt-  deep in bones, (a call that it is as much a part of me as my breath.) And in turn abdicating my unique way of living on this earth as part of God’s creation, and all of the wildness and wonder thereof.

And somehow, that just no longer seems like an acceptable way to live.

as always, cheers and blessings,
-J

« Urban Cottage Farm Update
where i have been »