The Land Between the Lakes is a national recreation center partially developed under JFK’s leadership. As you can surmise, there are two huge lakes, the result of a madmade dam, and this park/camping/recreation area is the land between them. We chose it because of the location (half a days drive for us,) the prices (our rustic cabin was only $35 a night) and all of the things to do in the park and in the surrounding areas.
By Saturday we had lots of sun, laziness and camp food. We were ready for a little shade, intermittent air conditioning and a meal we didn’t have to cook or clean up from.
So we headed for all the activity spots and took a little trip back in time.

We drove around the Bison and Elk Prairie. See all those Bison? Yeah there is no fence between me and them. No I am not in my car. And yes they were closer than they appeared. I took at least a hundred pictures of them not much different than this and I will spare you that slideshow. But boy was cool. They are huge! And the babies, like most babies, were adorable. Especially the one lazy one who kept laying down in the tall grass while the herd moved along munching on grass. Every now and then mama bison would notice and grunt and huff until baby bison got up and rejoined the party. I have a kid like that. 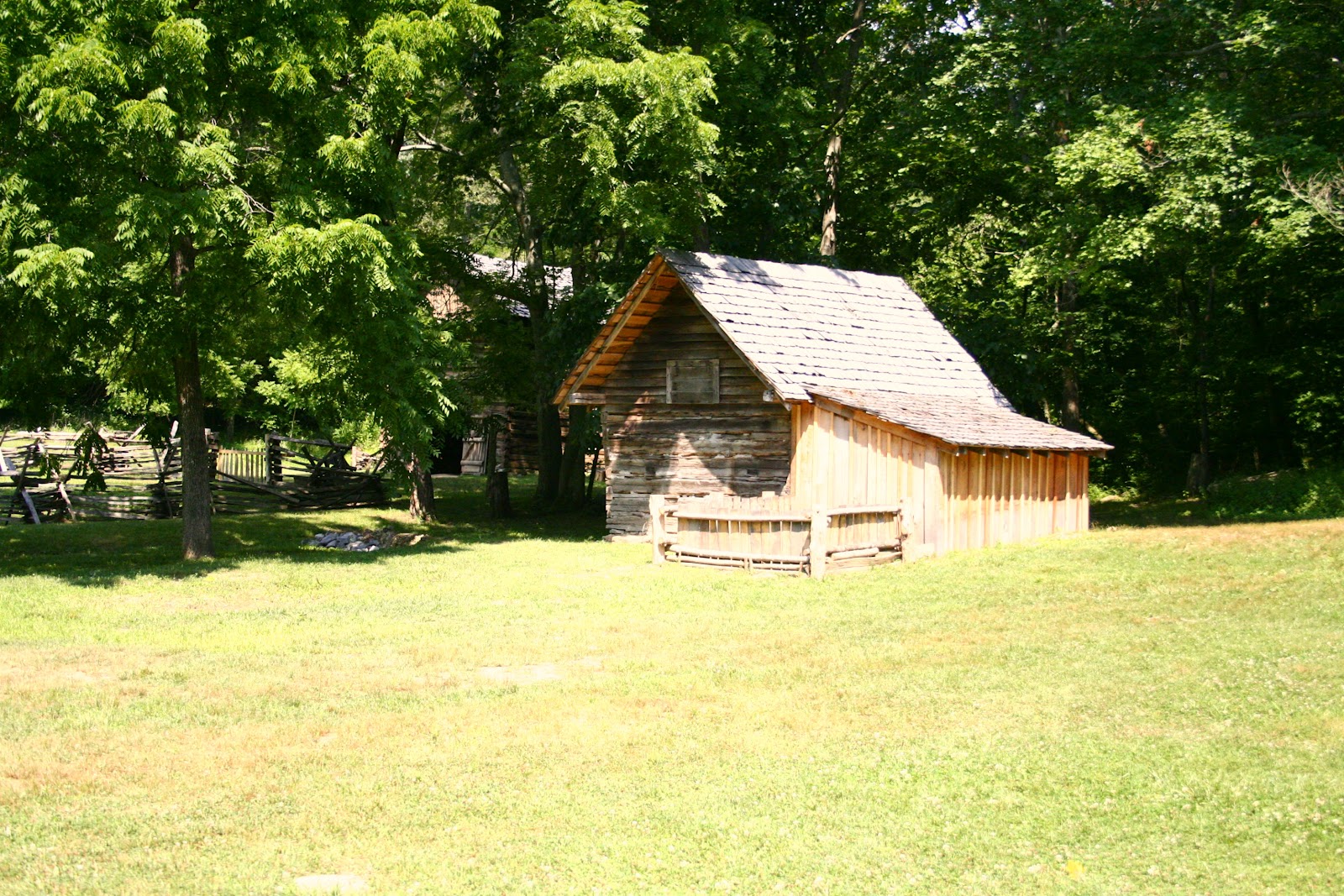 We also went to the Homeplace area. This is a farm set up to look and run like a homestead farm would have in the mid 19th century. The farm is a working farm and they donate a lot of their produce to those in need. 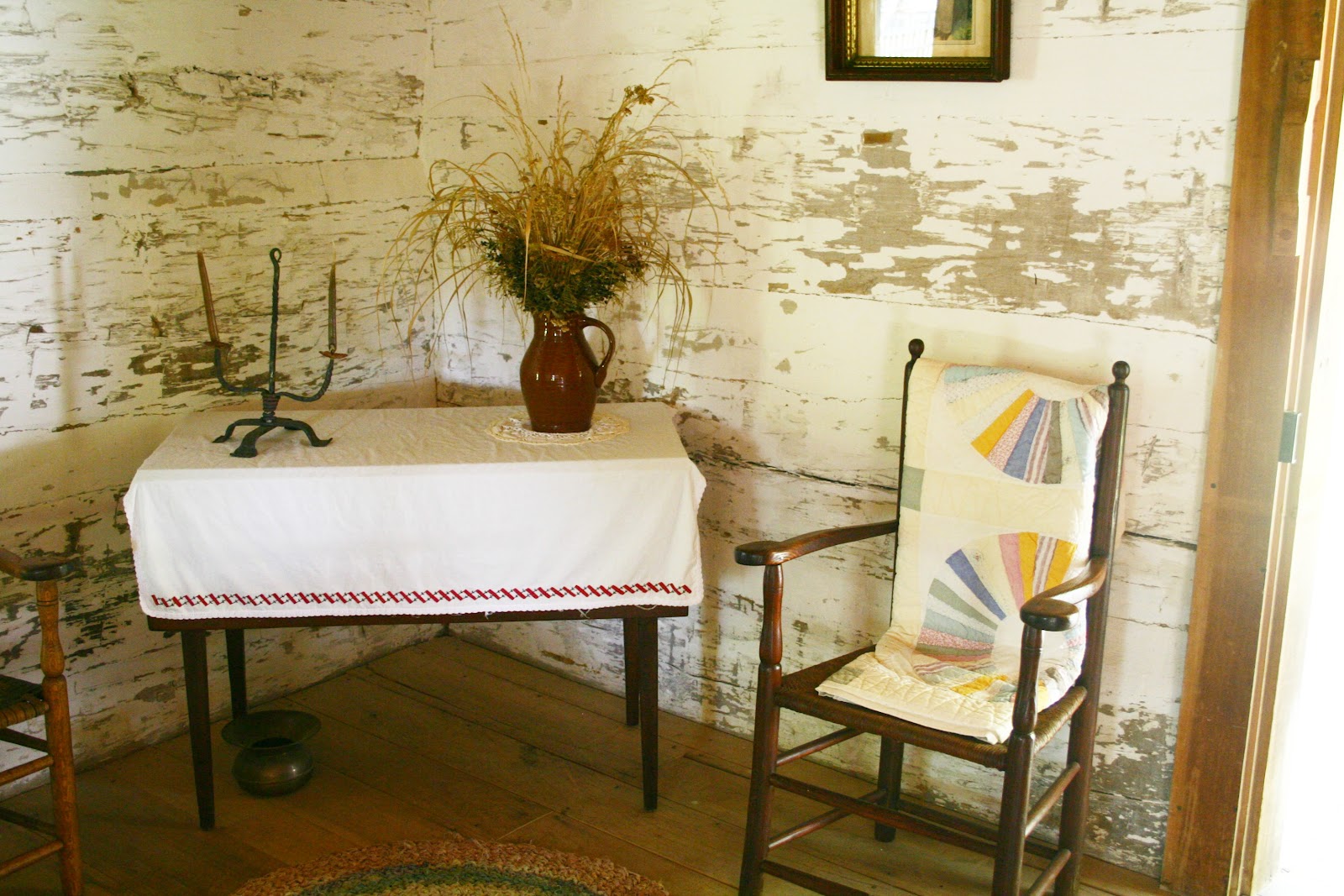 I of course was most taken with the house. I could have spent all day noticing all the little details. I loved the white washed walls. So fresh. It really lightened up what have otherwise been such a dark space. 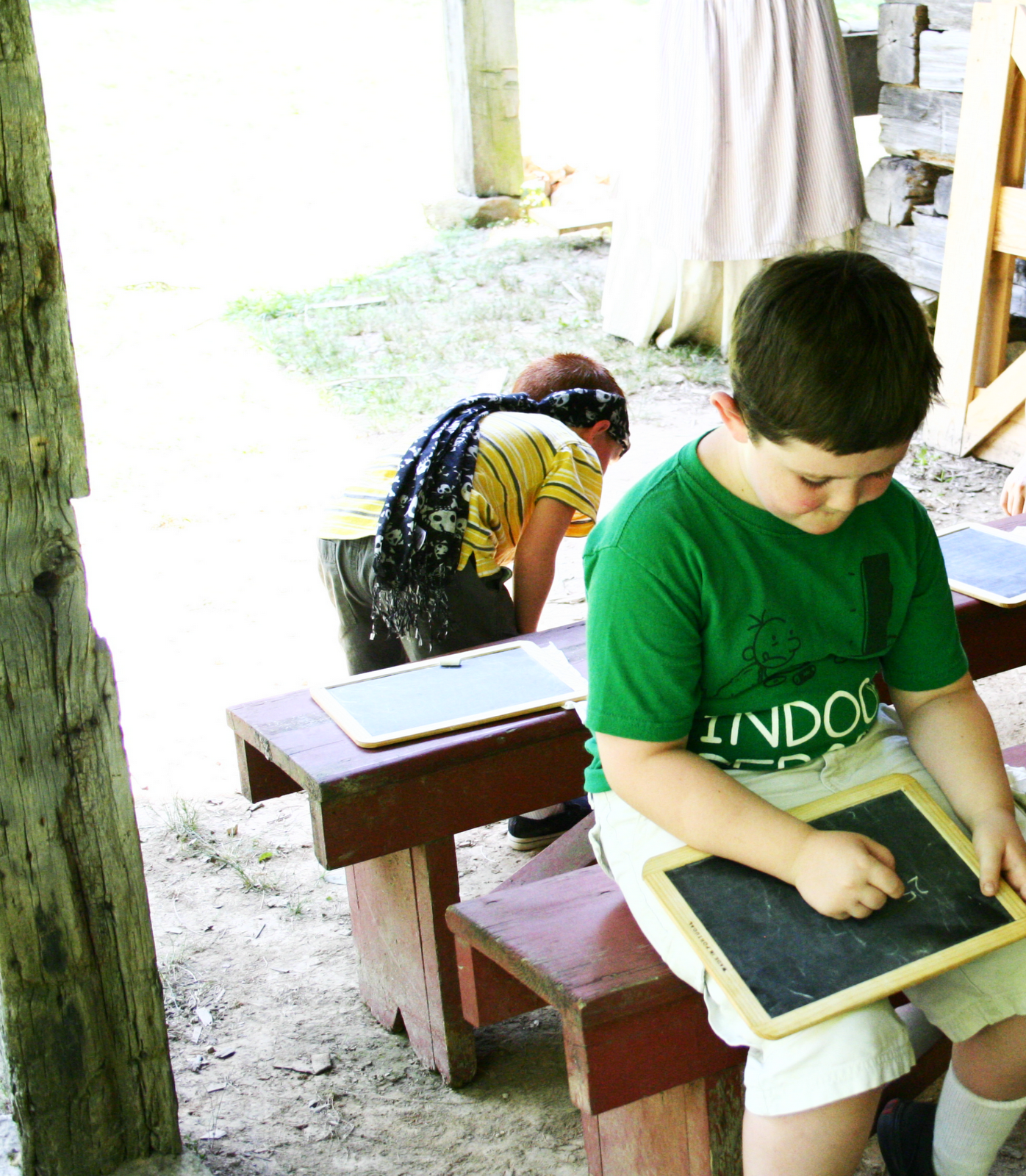 The day we went just so happened to be Kids Day at the farm. This meant that the kids could participate and do typical kid chores from the 1850’s in order to earn things that they could barter with at the general store. For instance when they “weaved a blanket” they were able to trade it with one of the  renactor’s for a “dozen eggs” that they could then trade at the store for treats like candy and old fashioned trinkets.

Miles loved the “going to school chore” and he received a bright red juicy apple for his hard work. Some of the other chores included hauling water (these buckets were SO heavy!) and working the garden. Here is Miles weaving the blanket as mentioned… 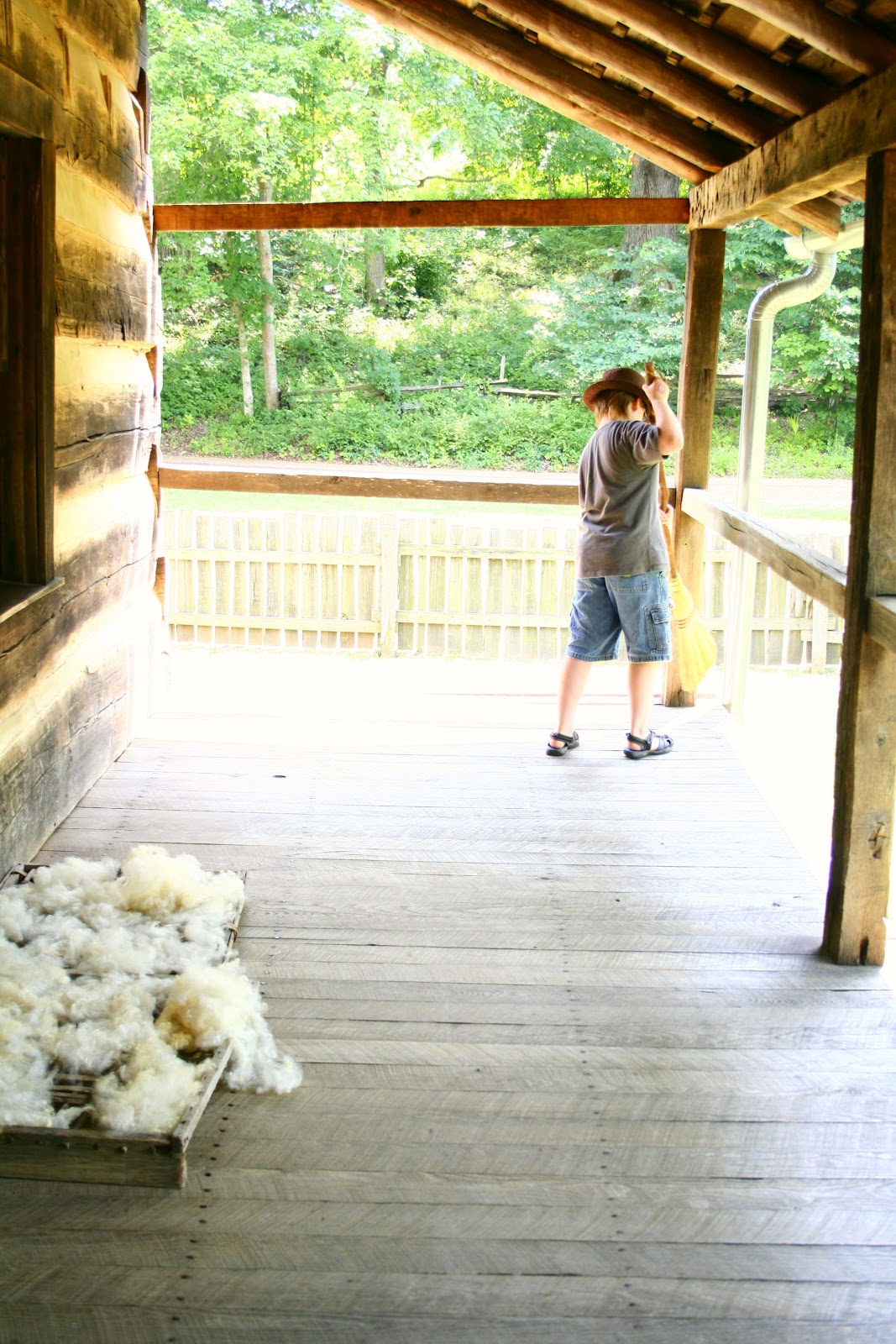 And Wylie sweeping the porch.
The boys had a blast and I think that they and Sweet Man could have stayed all day and watched the men working in the woodwork and blacksmith shops. 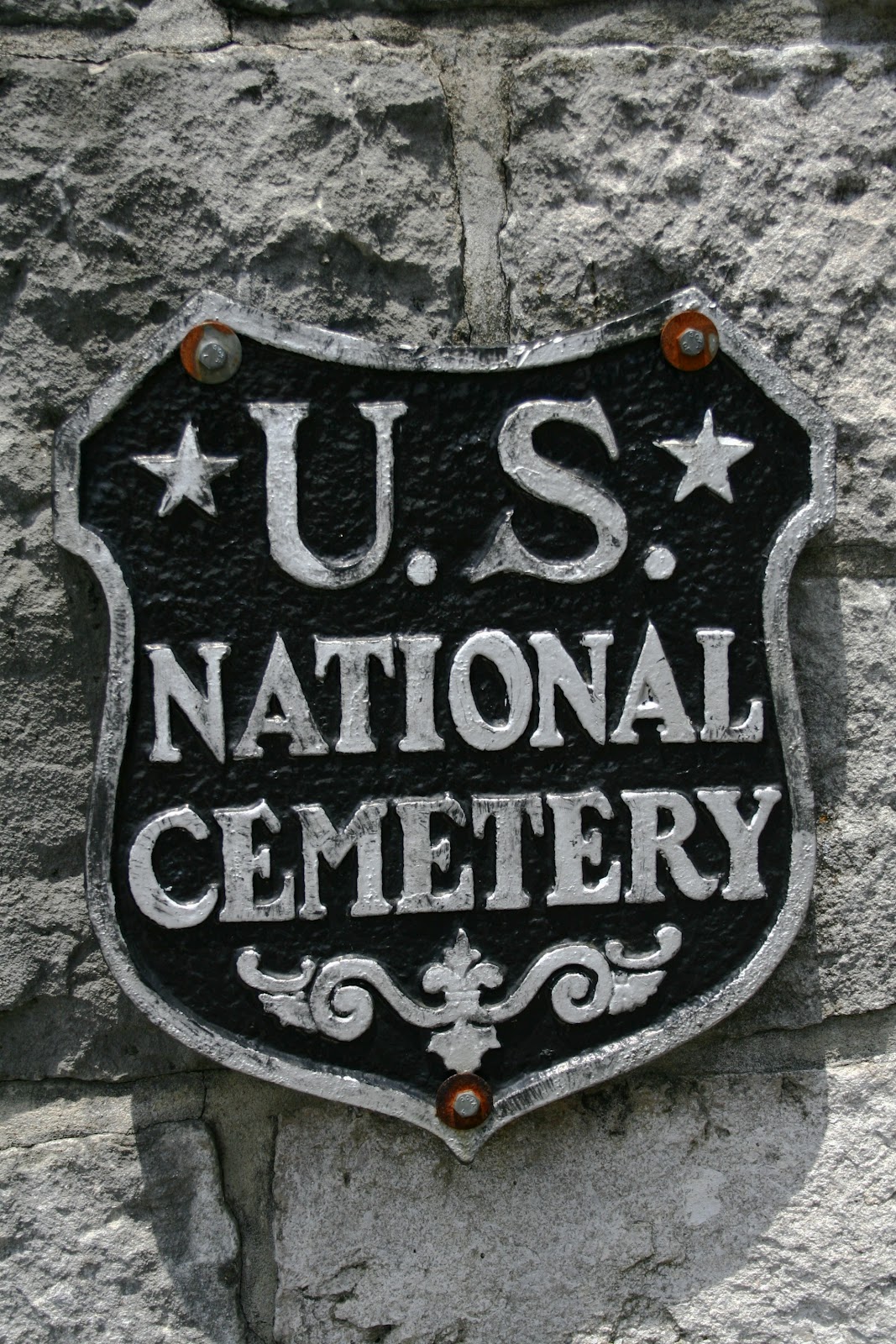 Another place we went that day was the Ft. Donelson National Battlefield area. 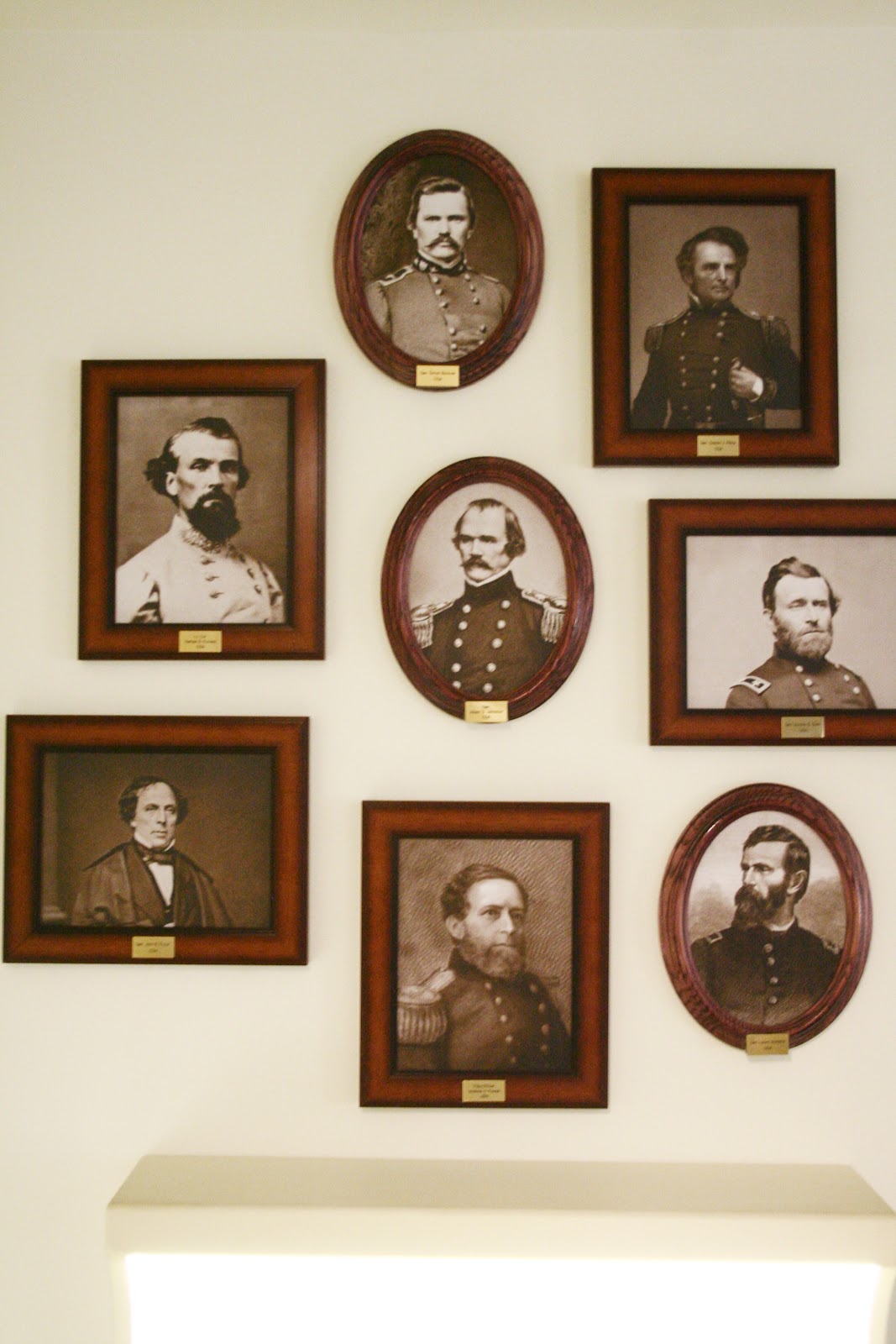 The complete tour included a lot more than just the battlefield, there was also a museum, a hotel (my favorite) and a cemetery. 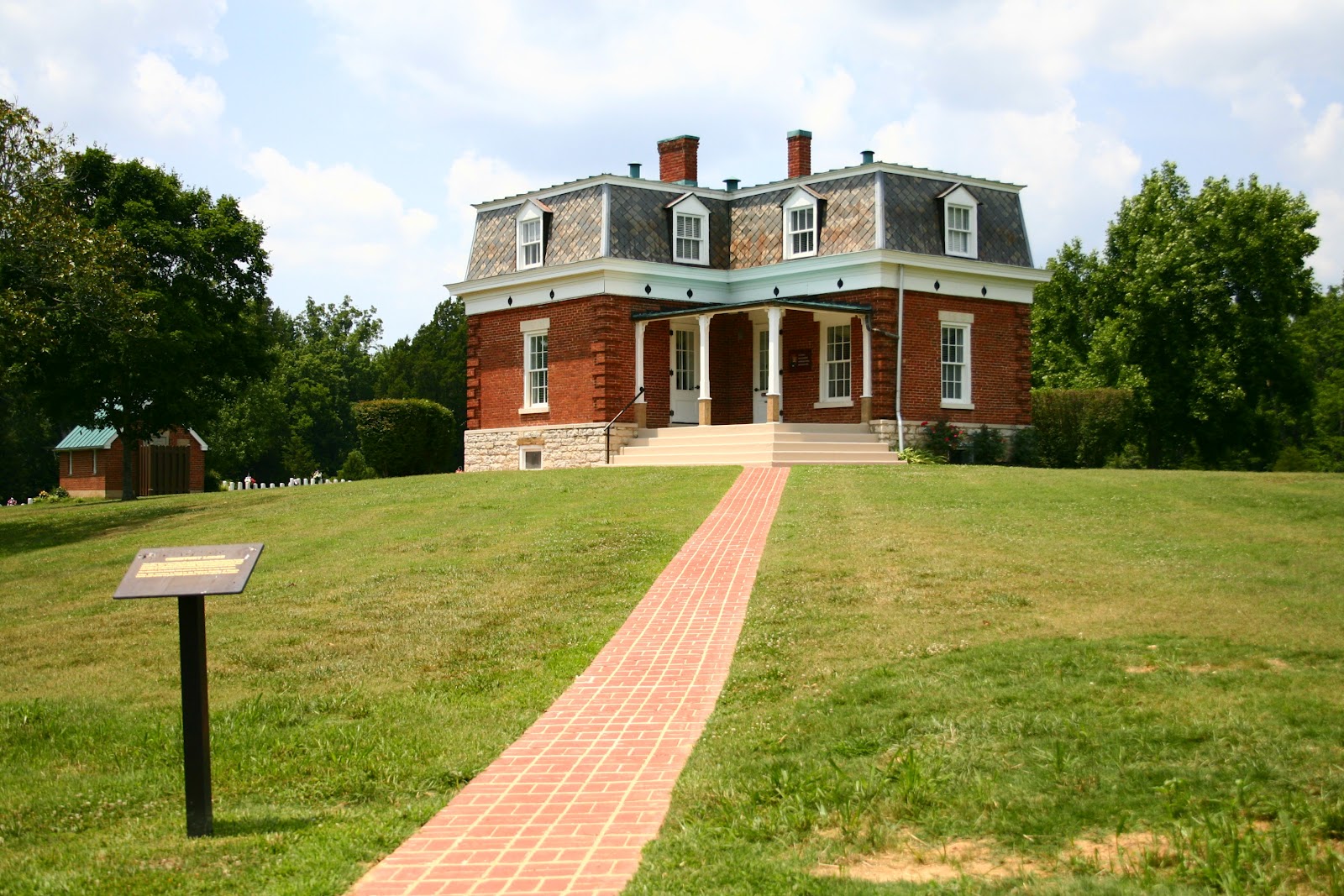 This is a Civil War battlefield so of course Wylie already knew so much about it. He and Nathan got out at every marker and read every sign. I have to say Miles and I were very grateful to have brought our books. We are getting better at this Battlefield thing. 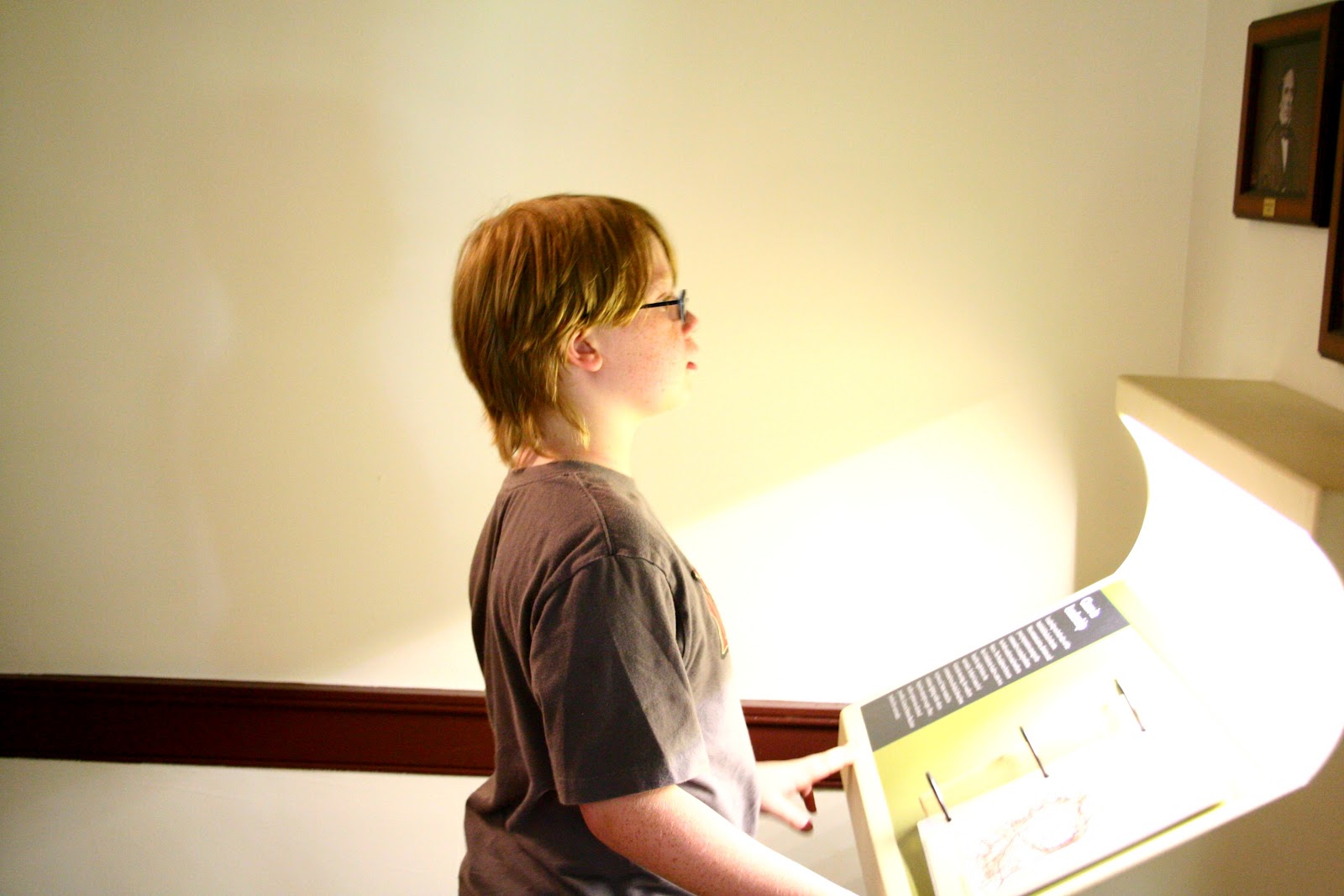 Wylie  completed a booklet and was sworn in as a Jr Ranger for Ft. Donelson. He got a metal pin and everything. 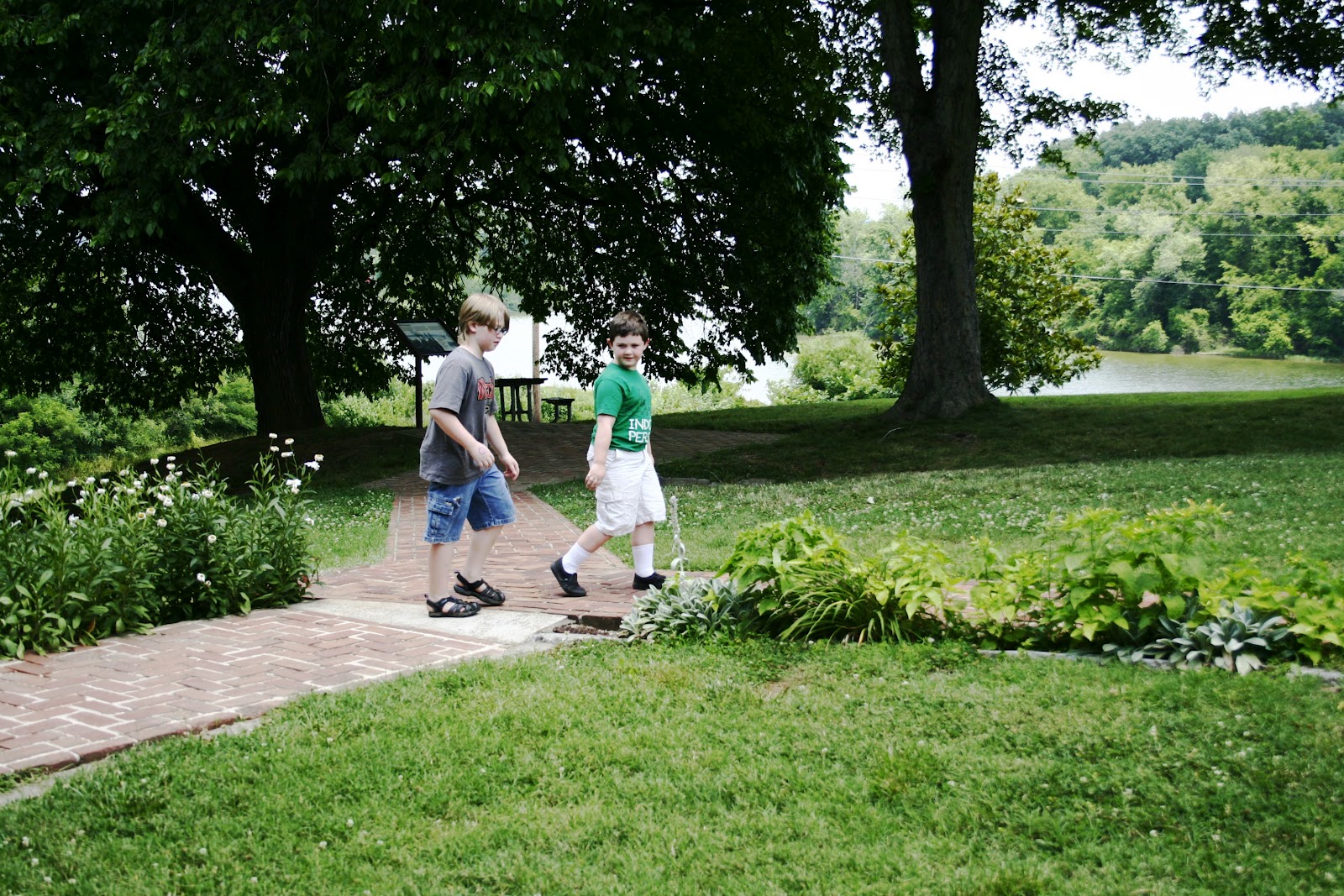 After we were done “with all the history stuff” as Miles said, we went to the Planetarium for a good  science fix for him and then we re-entered the 21st century and high tailed it to a pizza joint for yummy, yummy hot dinner that scarfed up like we had never eaten hot food before.

The next day we packed up camp and came home.
And that was our vacation 2012. So. Much. Fun.