Here’s the deal. I am not particularly athletic. I prefer sports that you can play wearing a skirt. 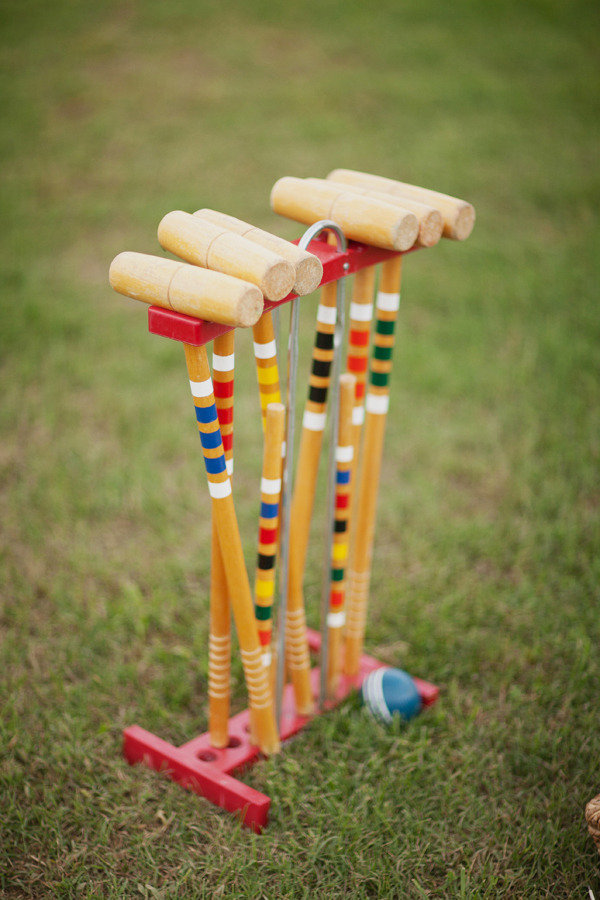 (style me pretty)
I was 14 years old the  first time I ever played croquet. For a mini-summer vacation, our family was staying in a fairly primitive cabin on a little nobby green piece of hill as far outside our home in Juneau as you could get without hitting ocean or glacier. The weather was sunny and bright (a rare treat in Southeast Alaska) and the grass was green, the wildflowers and salmon-berry bushes exploding with color and fragrance. The cabin had been owned by the same family for generations, and so buried in various nook and crannies were remnants of games and other forms of low-fi entertainment of decades past. Including a croquet set.
And this is how my love for this old-fashioned game began.
When I graduated college Sweet Man bought me a set and at my party that afternoon we played endless rounds behind the lopsided rent house we had celebrated our 1 year anniversary in.
That day was one of those days where everything just felt perfect and easy.
And yes, I played croquet in a skirt.
That wal-mart set has long since gone on to become the main weapons of choice in many backyard battle re-enactments. The shape of the club making it the perfect shape to be used for all sorts of mischief. 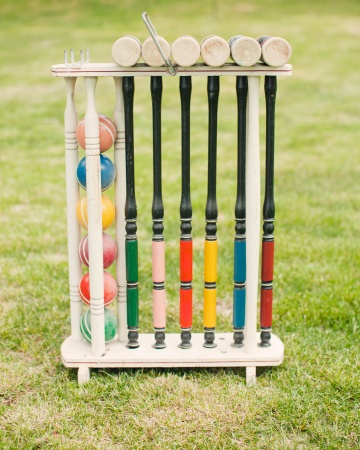 (martha)
I have cobbled together another semi-full set from pieces purchased at various garage sales and the like.
But in every flea market I visit I cannot help but look for that perfect set,complete with rolling stand and perfectly worn patina.
Also, I tend to daydream from time to time about setting up the most perfect course on the farm and hosting croquet-and-cocktail where all the gals where the best sundresses and the fellas make the drinks.
Now wouldn’t that be fun?