Because of the magazine shoot we had to put the living room and dining room back as they were.
Because I didn’t have anything over where the couch went I added this collection of empty white frames, which I meant to add something too all along (great fabrics maybe?) but I just ran out of steam before I could get to it. 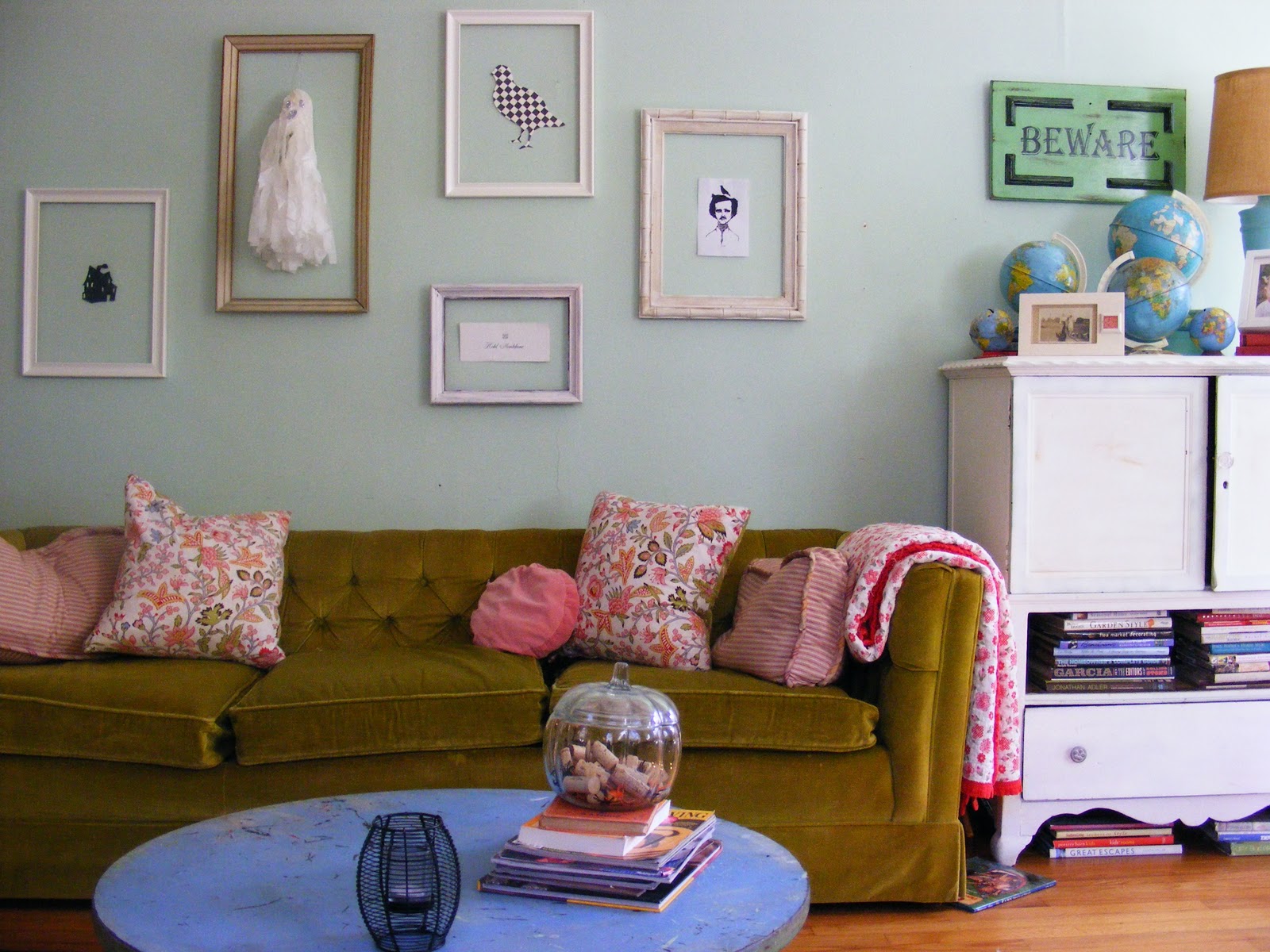 So they were empty for the shoot, and they actually looked kinda cool. Wonder if they will make it in the magazine? Wouldn’t that be funny?
Anyway, after the shoot I decided it was time to pull out some Halloween decorations.
Mostly for the boys. For some reason this year I am not “feeling it” as much yet.

However, despite my lack of enthusiasm over all, I did manage to come up with a bit of inspiration for the empty frames and I really love how they turned out. 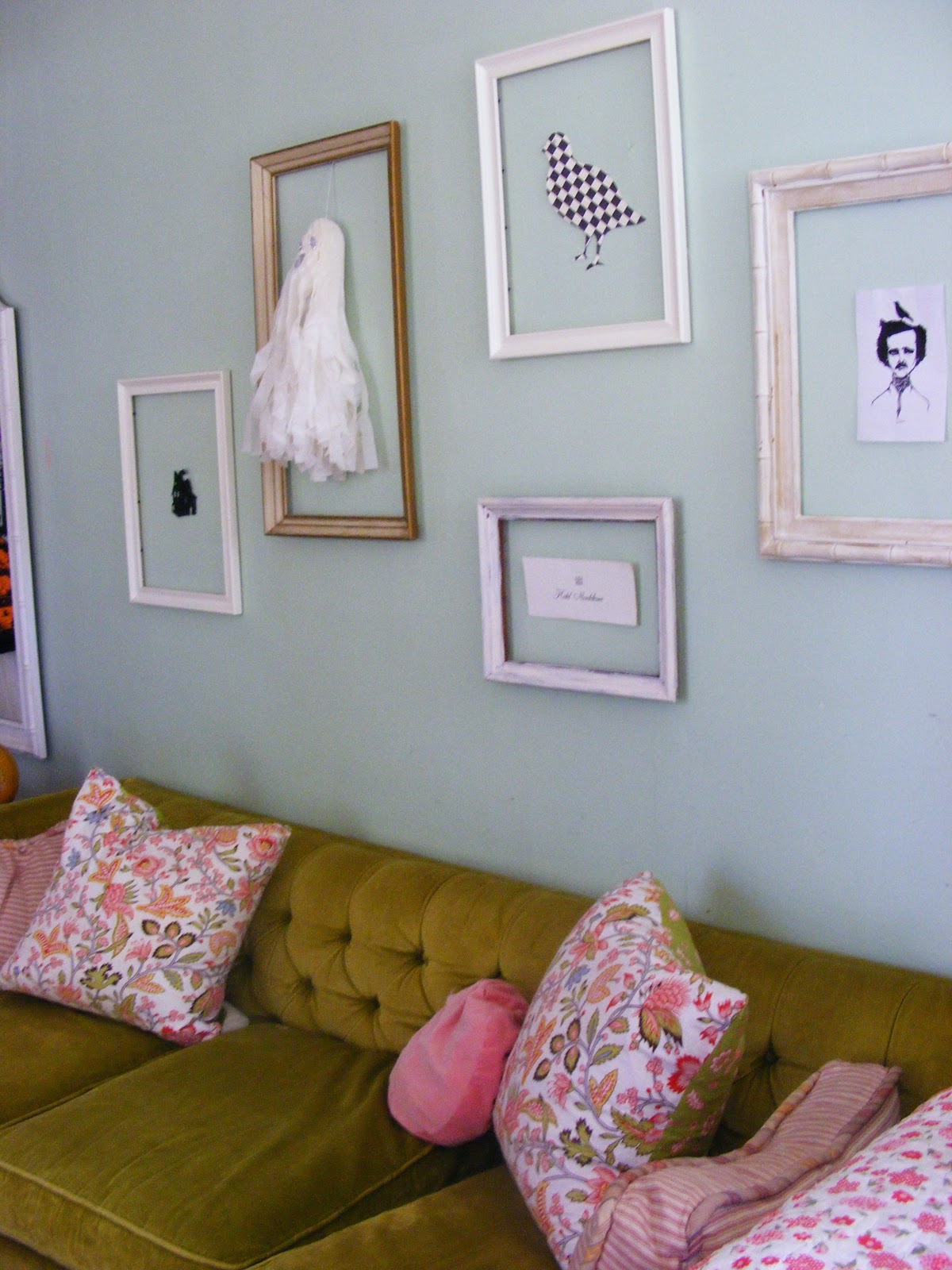 The “pictures” include a B&W “raven,” an old haunted house die cut shape, a great sketch of Edgar Allen Poe I found on Google Images, a piece of ephemera from the Hotel Monteleone in New Orleans which is reportedly haunted (and where Sweet Man and I stayed on our honeymoon) 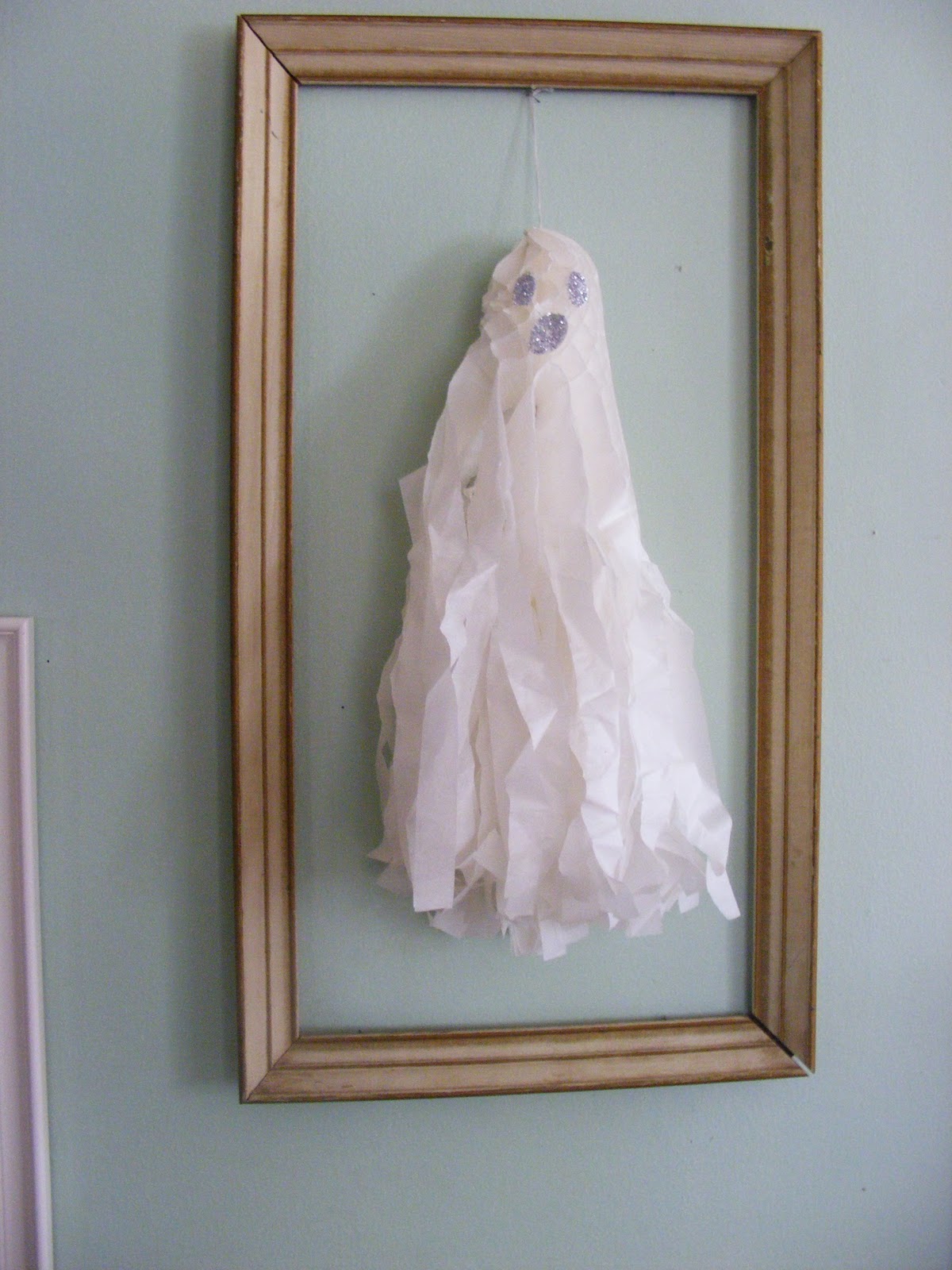 and my favorite, Gus the Ghost.
He put down his bang-clank equipment just to help me out for Halloween. What a friendly ghost