Sometimes it really is just about showing up, being present and doing what you can in the moment….

Yesterday was just one of those days. 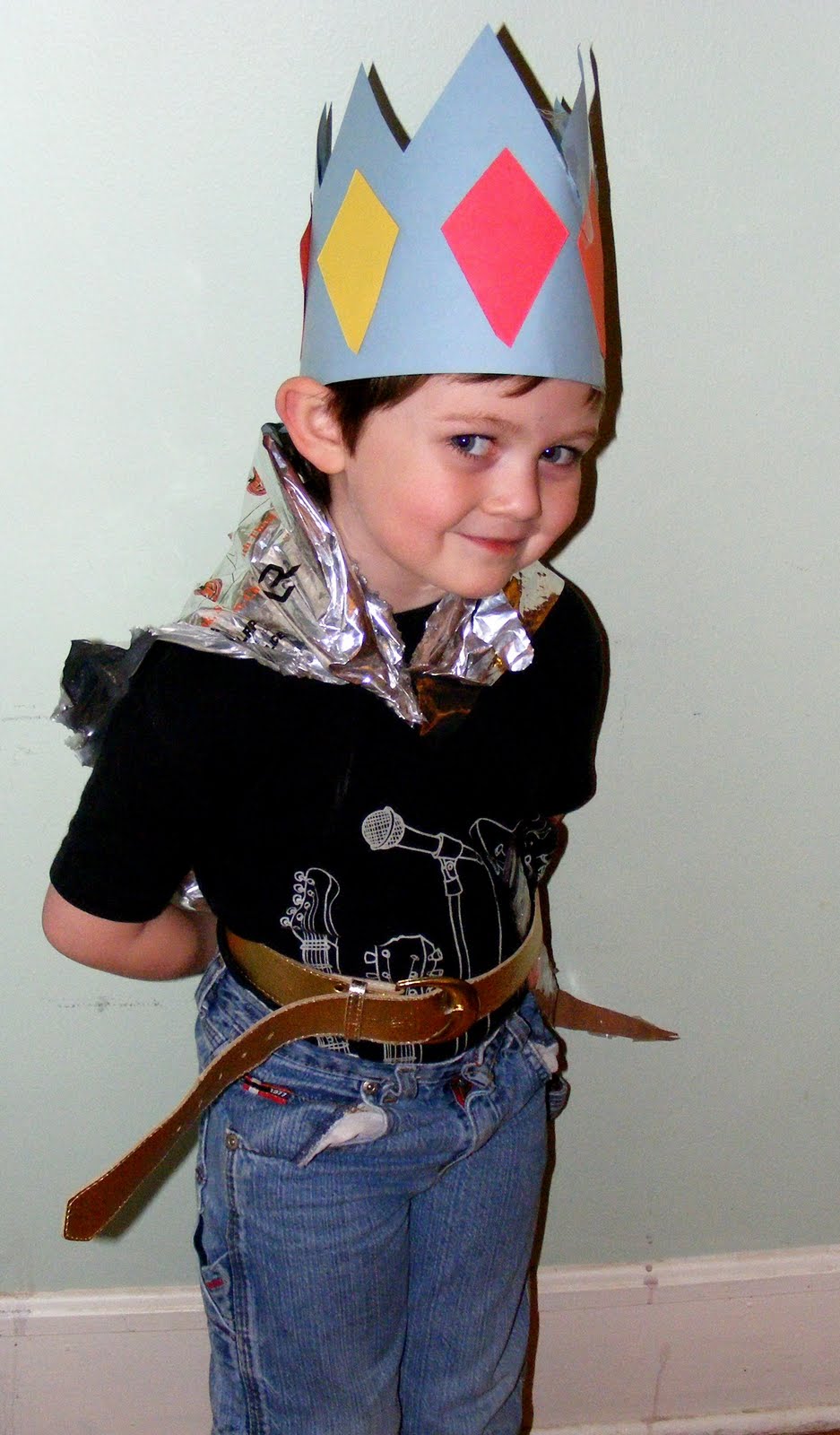 When we arrived at school Friday, I suddenly realized that I had forgotten to pay for Wylie’s field trip and had no idea what time they were leaving and that I had forgotten to remind Nathan who was chaperoning!
After handling that minor crisis in the office (God bless those ladies!!,) I started to head upstairs to the Middle School floor, but before I got very far, here came Miles around the corner with big ‘ole tears in his eyes. See, I had also forgotten it was “Fairytale Character Day” in Kindergarten.
After some careful (yet speedy) discussion we decided that he could be a King and I would run into the teachers lounge and whip him up a Crown and a Sword, while he went and finished his breakfast.
So using what I could find (paper for crown, wooden ruler and paper for sword) and swathing him in my blue scarf as his “sash” I quickly created a costume fit for a King. Or at least one that was good enough. Miles was pleased as punch and happily trotted off to class, slaying dragons as his went. When we got home at the end of the day (having shed the cumbersome sash by then) he found an old cellophane Halloween treat bag, cut it up and made a cape all by himself. He then added a gold belt, and Voila! King Miles II was born.
I once heard about a study that said that mothers were the determining factor in whether their children turn into primarily optimistic or pessimistic adults.

I am going to take Miles adaptability regarding the potential fairy take costume debacle as a sign I am doing my job well.
Or at least that I did it well on Friday. 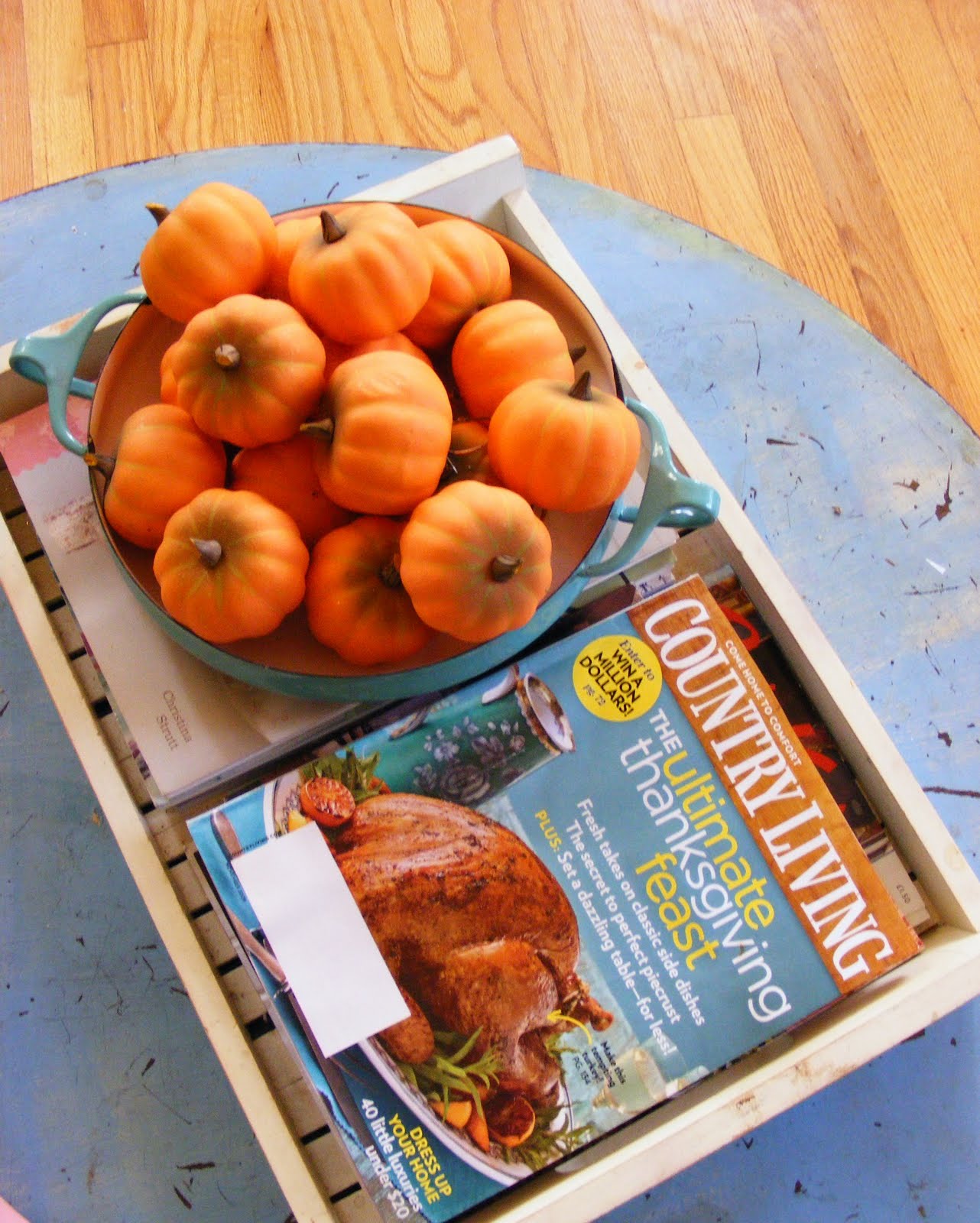 On the home front, my Thanksgiving decorating is also falling under the “good enough” category. This bowl of little pumpkins and a banner are about as far as I have gotten.
But you know what? It really is good enough!