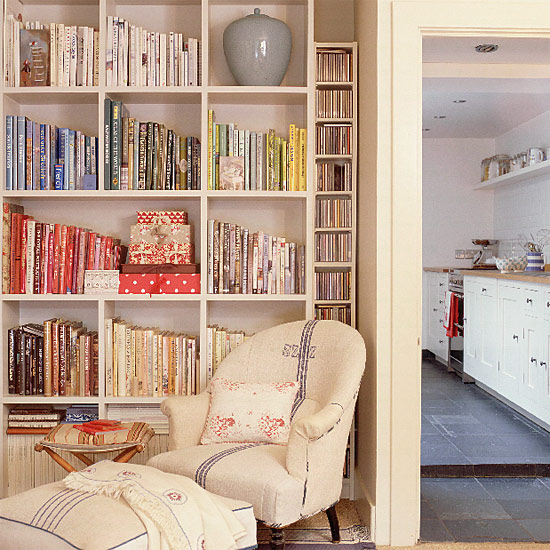 That I live in the wrong country.

Because every single one of these lovely pictures that I am sharing today are from House to Home a lovely UK site that has tons and tons of pictures and inspiration from a variety of UK magazines. And that is not unusual. In fact 3 of my biggest design guru’s hale from the great UK and their companies are constant sources of inspiration and great ideas (Shabby Chic, Cath Kidston and Cabbages and Roses.) Plus there is my mild obsession with Beatrix Potter, Jane Austin and movies set in England like The Holiday and Notting Hill. Hmm… Do you see the pattern?

But I bet you are mostly wondering why I am showing you all the pictures at all huh? Well. tonight I had a bit of a design break through. I realized while watching an old episode of the West Wing, (ironically not British at all) that I want to paint my dining room a warm, pale-ish buttery yellow. See all the colors of my house are in the basic set design of the West Wing. I realized this recently when I found myself staring harder at the wall color behind Rob Lowe, rather than at him. So it was a natural progression that while watching an old episode again and noticing again the wall color behind the characters that I would find myself jolting out of bed to come find inspiration photo’s of warm pale-ish buttery yellow dining spaces online…which of course led to lots of pictures of other inspirational spaces…but I digress. 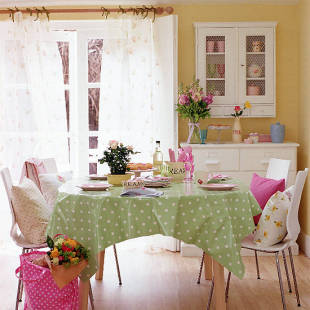 Lately I have been wanting to change things up a bit, lighten the look of a few rooms and I have made the decision that I am absolutely ready to get rid of (i.e. re-paint) all the black furniture in the living room and dining room,
and I now know what I want my kitchen to look like when we get around to re-doing it… or at least painting it – which may be sooner, rather than later now that I have a plan. But I will share that plan with you later…
For now I am just excited to see this lighter and brighter look come to fruition. Maybe I will come back around to my black-furniture way of thinking in the future, but for now I am ready for a change. 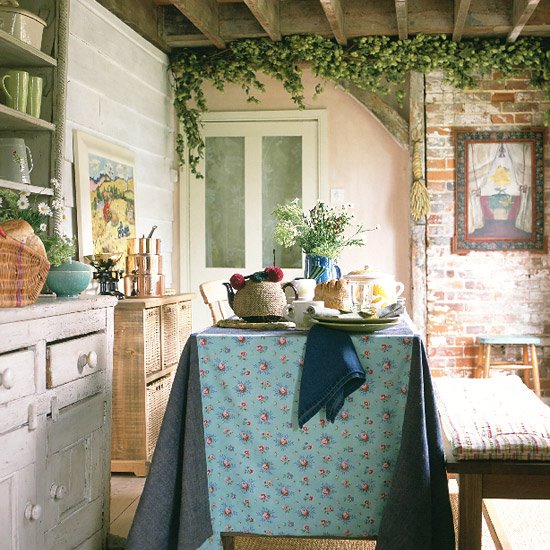 My dining room is small and does not get a lot of natural light compared to all the other rooms in the house and so it always feels a bit too cozy in there… Maybe this new color will open it up a bit. For those of you who love my signature red that is on the walls now and can’t imagine my house without it, have no fear – I have a great plan to use it elsewhere! But again, you will just have to wait for that plan…
Surprisingly, deciding to paint the dining room this new color has had a domino effect and I have suddenly been able to make paint choices for the rest of the rooms in need of a little freshening-up (kitchen, master bedroom) easy peasy. This is a relief because I have been sleeping with paint swatches some nights trying to make up my mind about which way I wanted to go in which room and as pretty as paint swatches are, they are not comfortable bed partners. 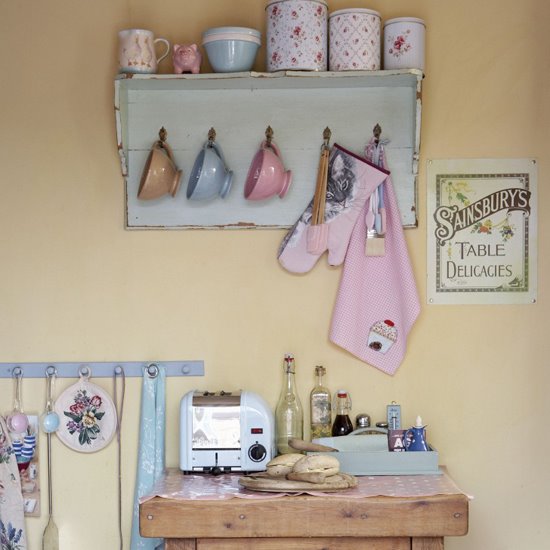 So I found some inspiration, and I am excited to get started. Out of all the pictures I found tonight, this is my very favorite picture of them all. I adore, adore it. The colors, the lightness, the freshness, the simplicity. I would like a few more punches of my red, but overall the effect is delightful and soothing don’t you think?

« Grab your hankies and your picket signs
Impromptu Dining »