Sunday it was Wylie’s turn to have his Birthday Party.
After having to scrap our original party idea due to not-enough-time syndrome, he and I came up with a Bring-Your-Own-Lego themed party. 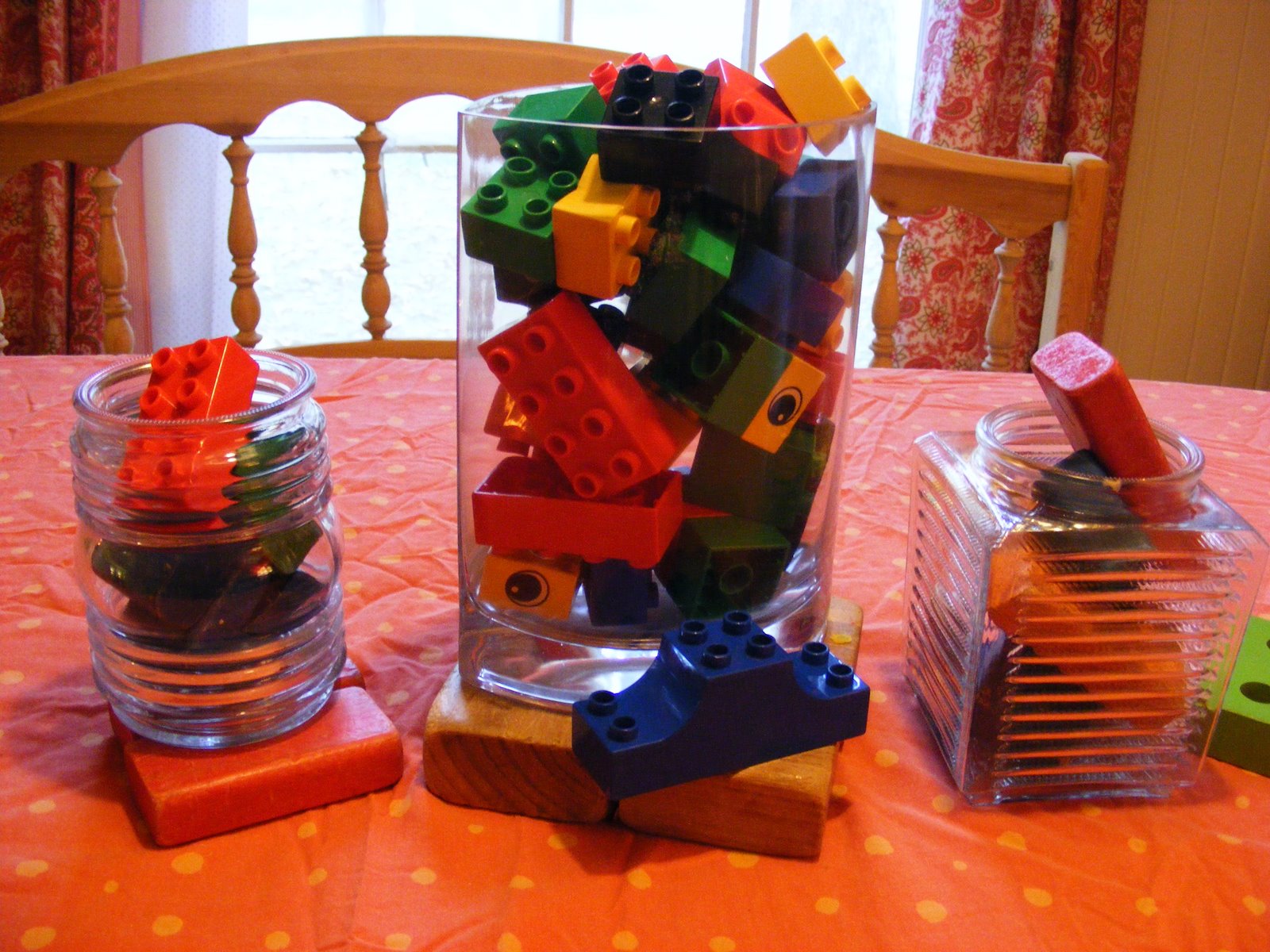 Because he is getting older, and the parties are getting smaller in number of guest invited (only the nearest and dearest of pals) it is a little be easier to do a party like this. 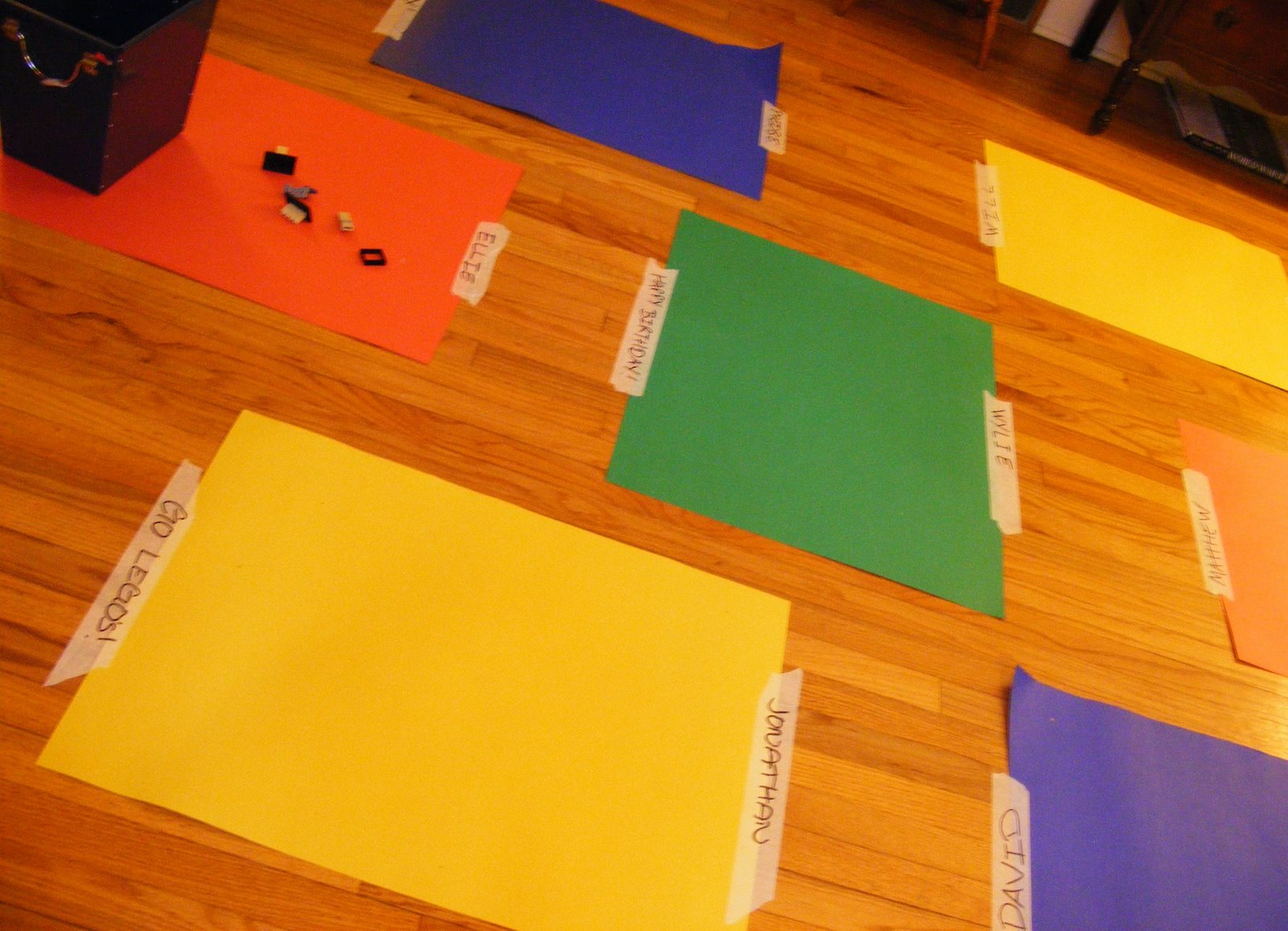 For the Lego party, we had each guest bring some Lego’s to play with.
To keep all the Lego’s from getting jumbled I came up with the idea of taping a piece of poster board down on the floor for each child. I strategically placed the poster boards (separating siblings who might get scrappy, placing the 2 girls next to each, trying to make sure the longer legged kids had room to stretch, etc.) I put Wylie right in the center so he could be a part of it all while he played. The sweet thing was that (completely on his own – it didn’t even occur to me to tell him to do this) he went around and played with every kid there, checking out what they had and what they were building, spending some time with each guest individually. I couldn’t have been more proud of him. 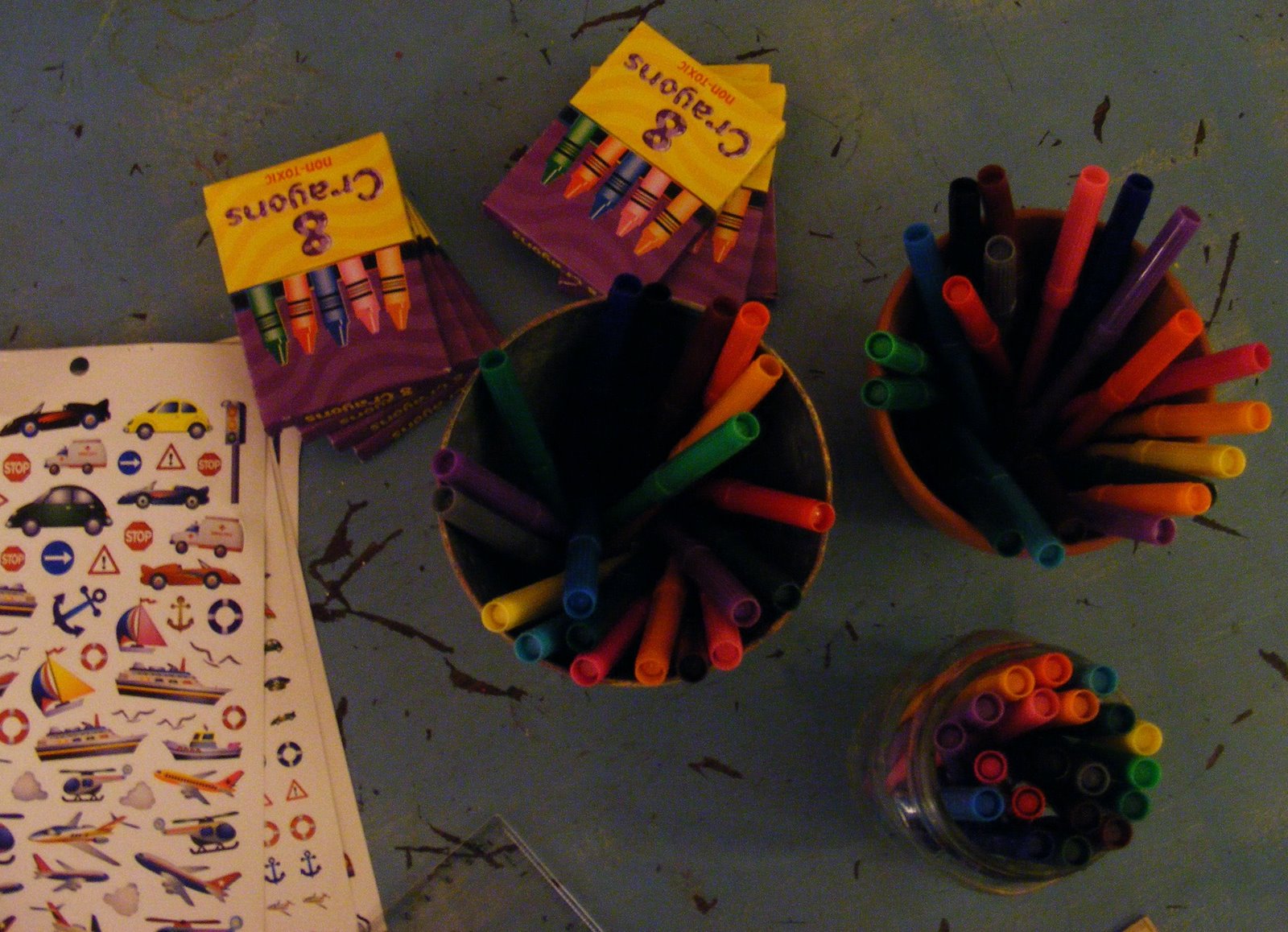 But back to the set up. After I taped all the poster boards down, I gathered markers, rulers, crayons and stickers for the kids to use to “enhance” t their poster boards, creating their own a little backdrop for their Lego creations. 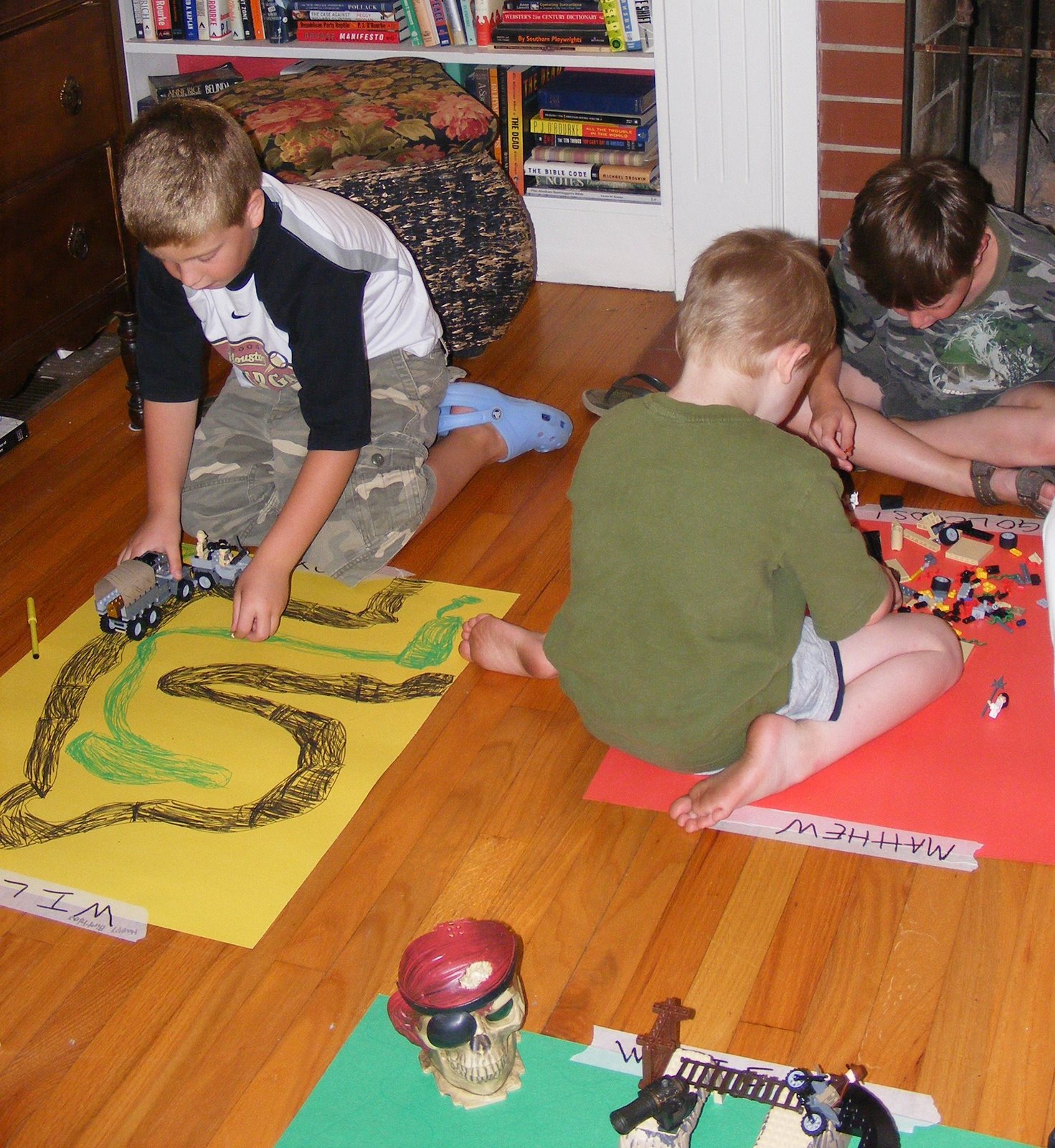 One drew Outer Space, one drew an Ocean, and several drew Roads and Trails… 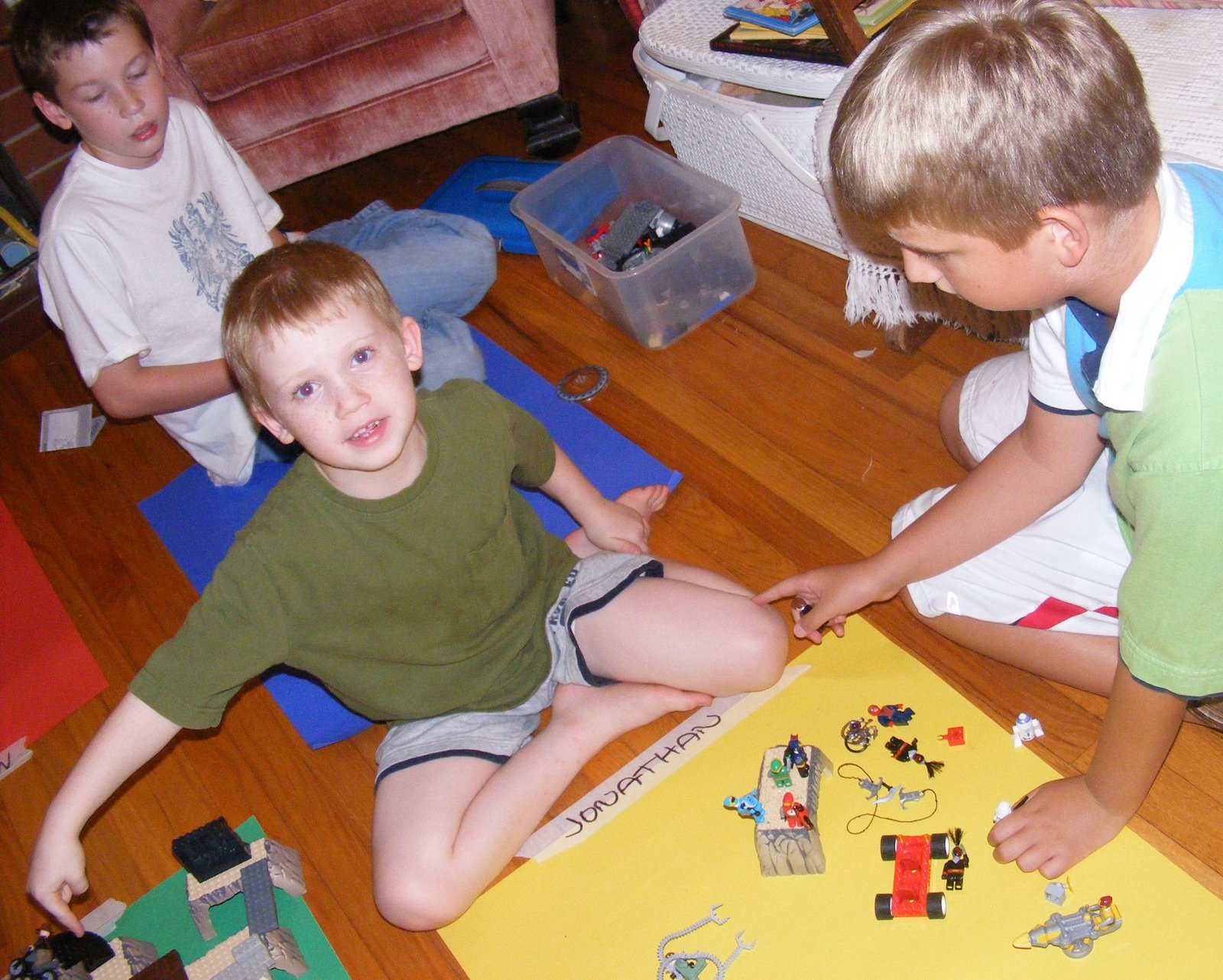 The amazing thing about this party is how well it worked. For the first hour the kids were so quiet and in to their building they hardly made a peep. We adults almost forgot that there was a birthday party going on at all…I think the age of the kids helped – no fighter over toys etc. that might happen with kids Miles age. Speaking of Miles we kept him and his pal Luke occupied with their own “train building” poster boards in another room. Part of my gift to Wylie was keeping his little brother from knocking everyones blocks over. 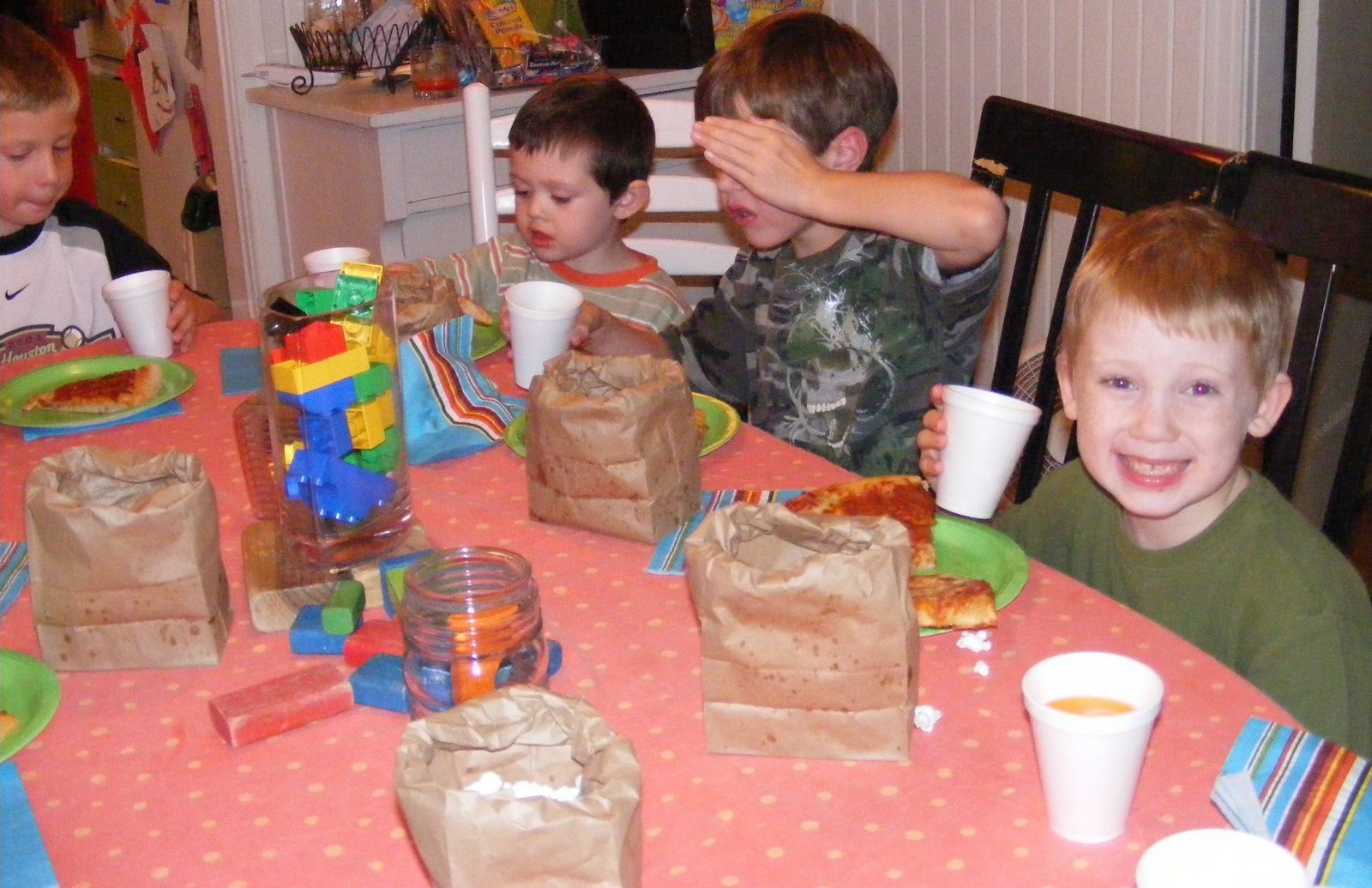 Finally we tore them away from the Lego’s for some Pizza and Popcorn, 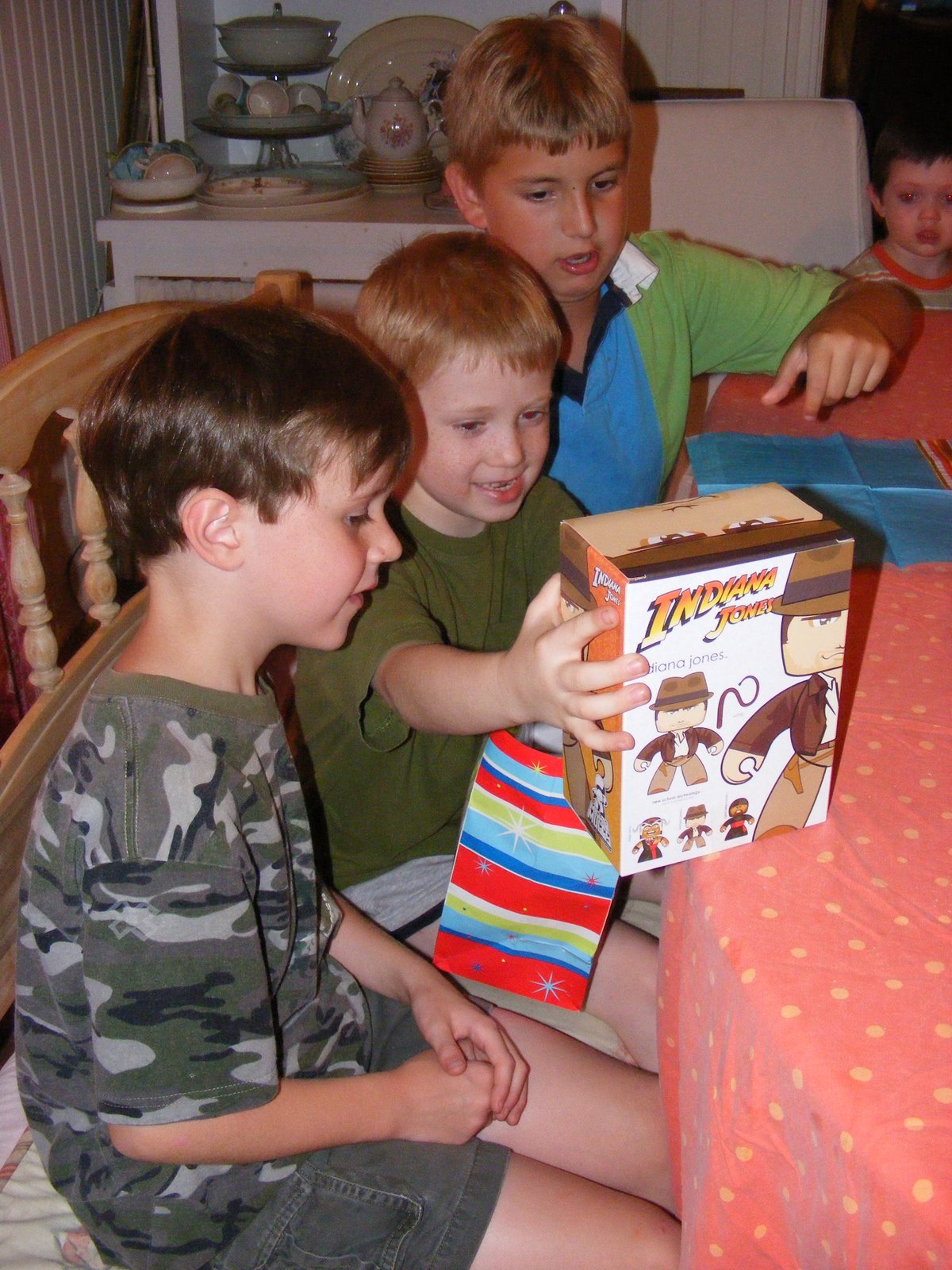 and then Presents, Cake and Ice Cream… 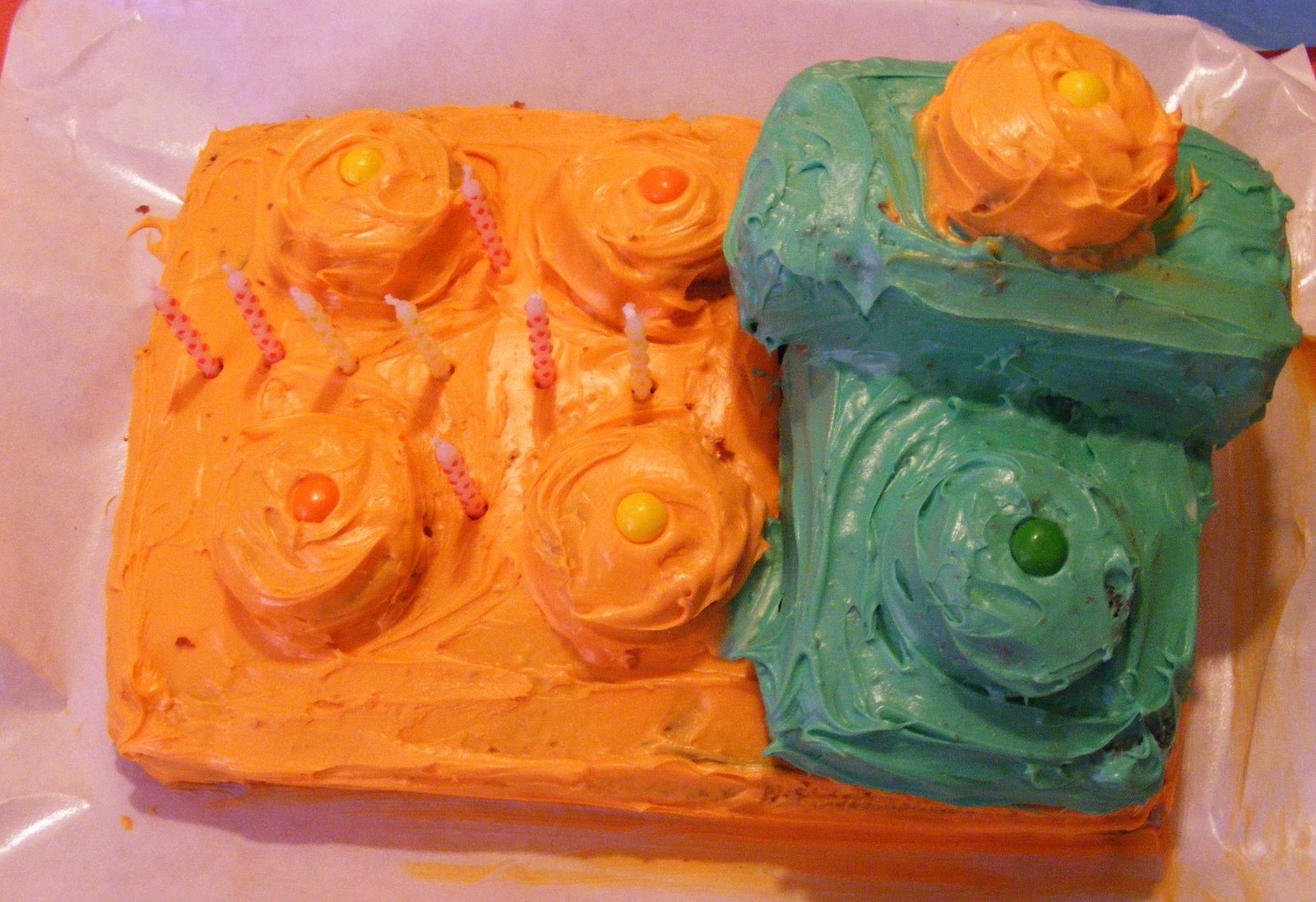 Don’t you love my attempt at a “Lego” Cake. It has been so hot here that the icing was just completely melting as I put it on. I had a slightly grander vision for the cake, but I think it came out OK for my first try at such a thing… 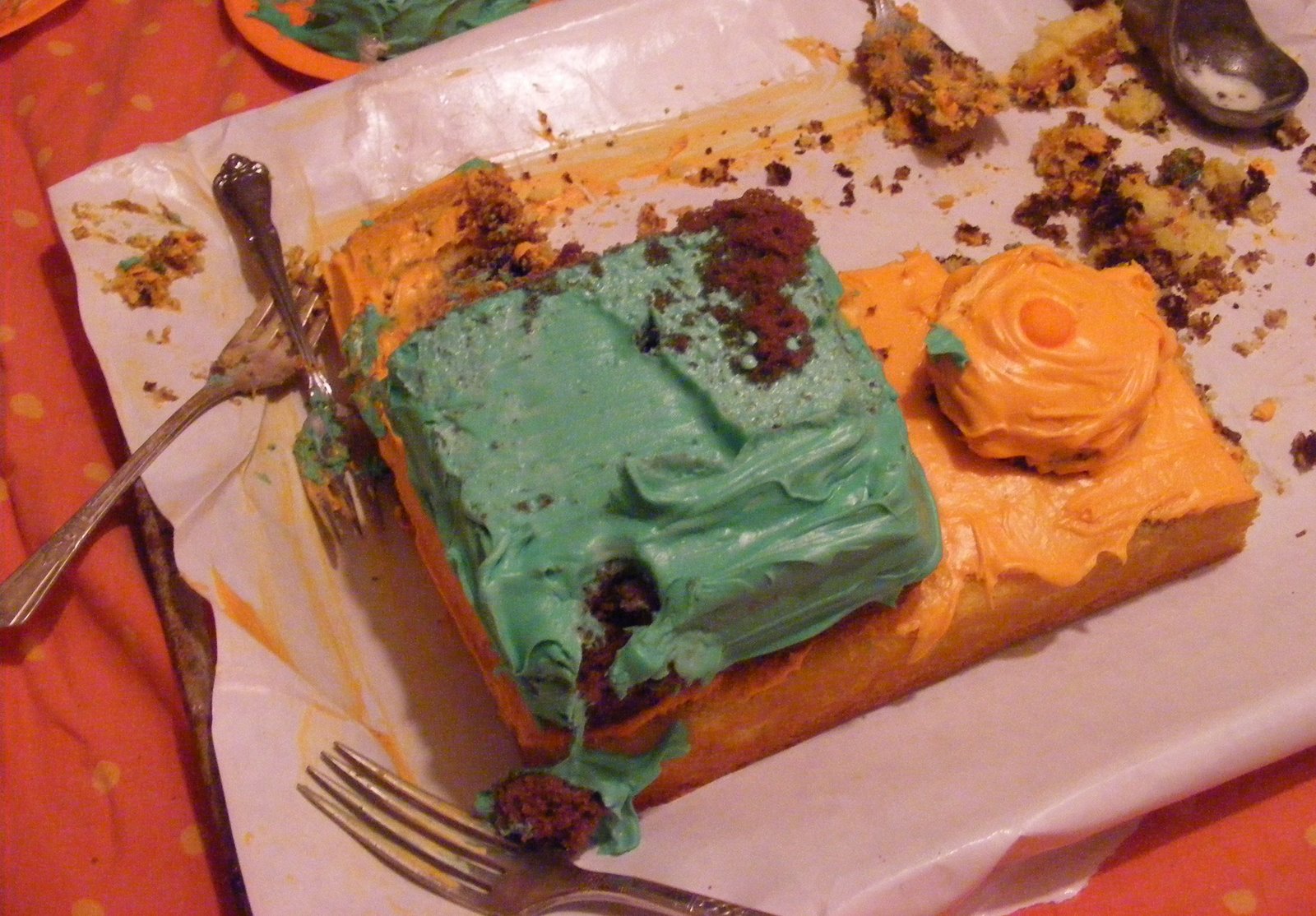 After the sugar hit, all bet’s were off and the volume went way up as the kids played inside and out… but really, what are birthday parties for anyway then to run around on a sugar high? 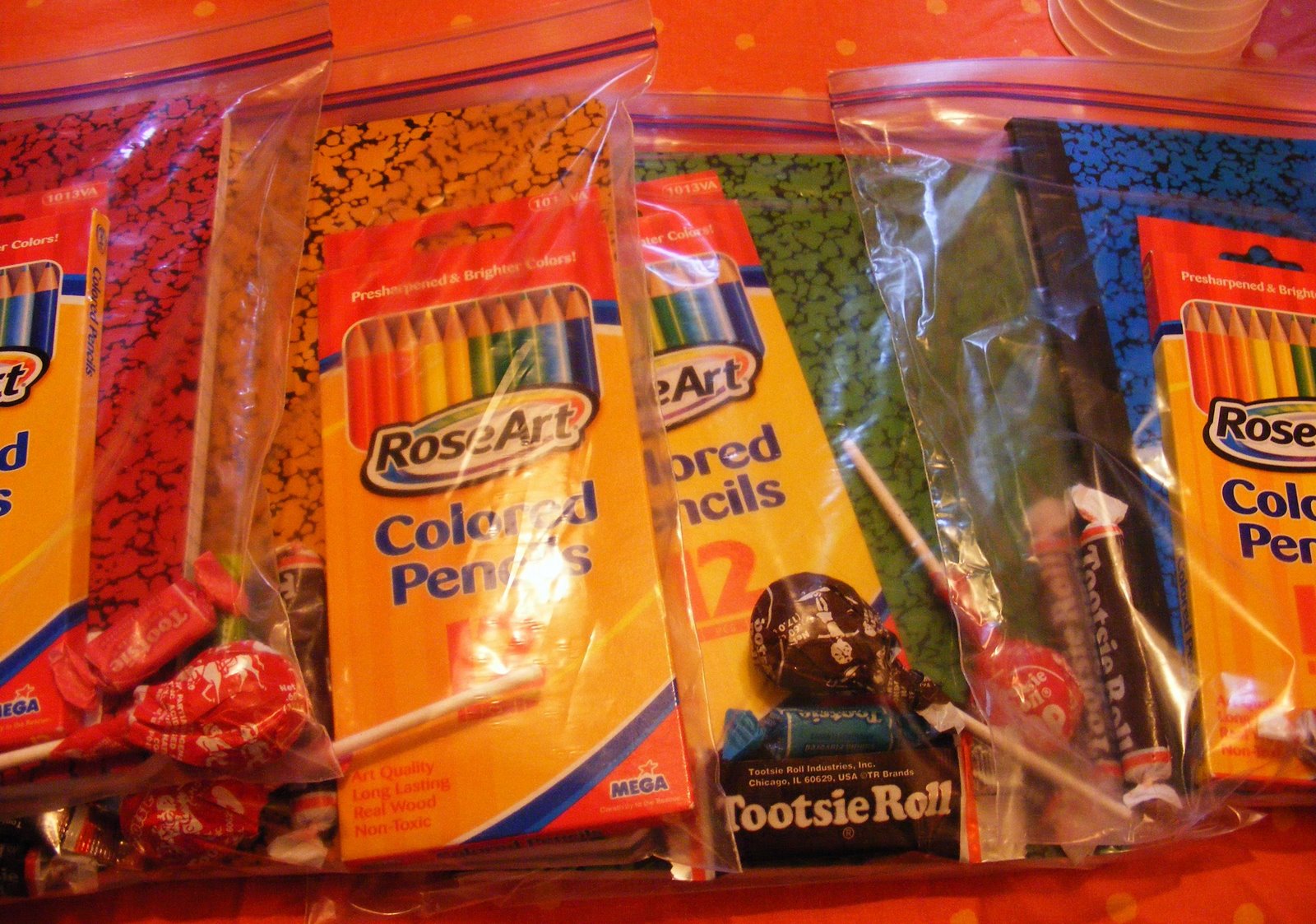 For party favors we gave Ziploc baggies stuffed with cool colored Composition Notebooks, a pack of Colored Pencils and some classic candy. Also each kid got to take their poster board home for future Lego playing. If we had had more time to plan the Lego themed party I would have scoured garage sales and thrift stores for tons of Legos and then assembled mini-packs for each kid. But with under a week to plan, I went with a good Back-to-School type of gift that also seemed to fit with the color scheme and the more artistic side of the party…

All in all I would say that the party was a hit and that Wylie had a ton of fun, which is what a I had hoped for. 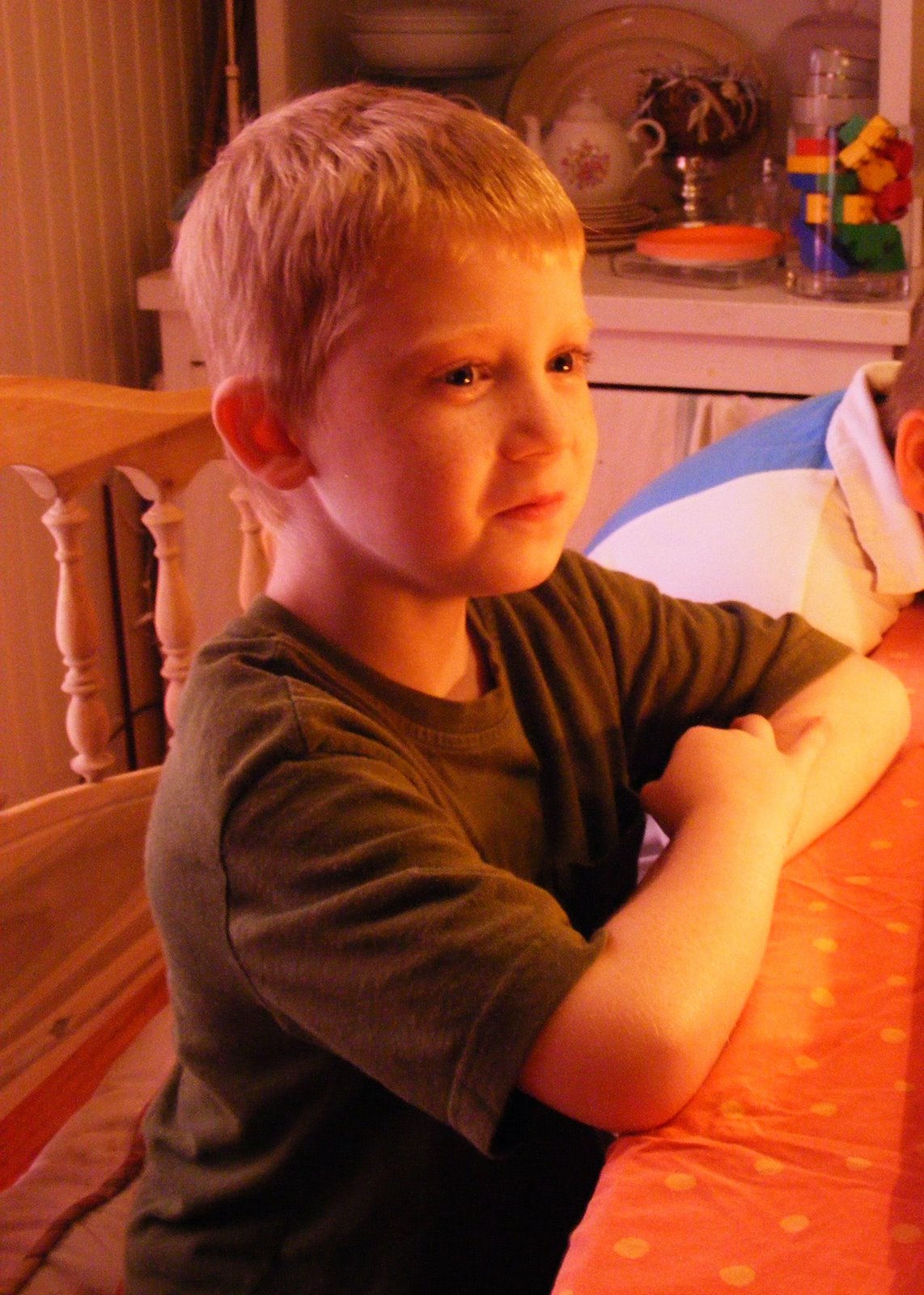 I cannot believe that my first born is 8.
He is such a precious boy, and he is turning into a precious little man right in front of me. I am a very blessed Momma indeed.