So are you non-campers sick of my camping post?
OK, so howabout a kid-centered post for a change of pace?

This is Miles, future Rock Star. He already has the faces down, I have no idea where he got them.With school out it has taken us a couple of weeks to find our rhythm. First there was Quest Camp for Wylie – a program our school district puts on that runs 1/2 days for 2 weeks and is a ton of fun for the kids. Sadly, it still meant getting up keeping “school hours” in the morning, which did not feel like summer to me at all. Also, Miles is too young for Quest Camp so he was extra lonesome in the mornings, which translates into “extra clingy to momma.” Needless to say, even though I was so glad (and very grateful) that Wylie got to attend QC, I was also relieved when it was over. Here are some pictures from the open house that Miles and I went to and where Wylie got to show off all his projects, and where Miles got to show off and be “just like Wylie.” 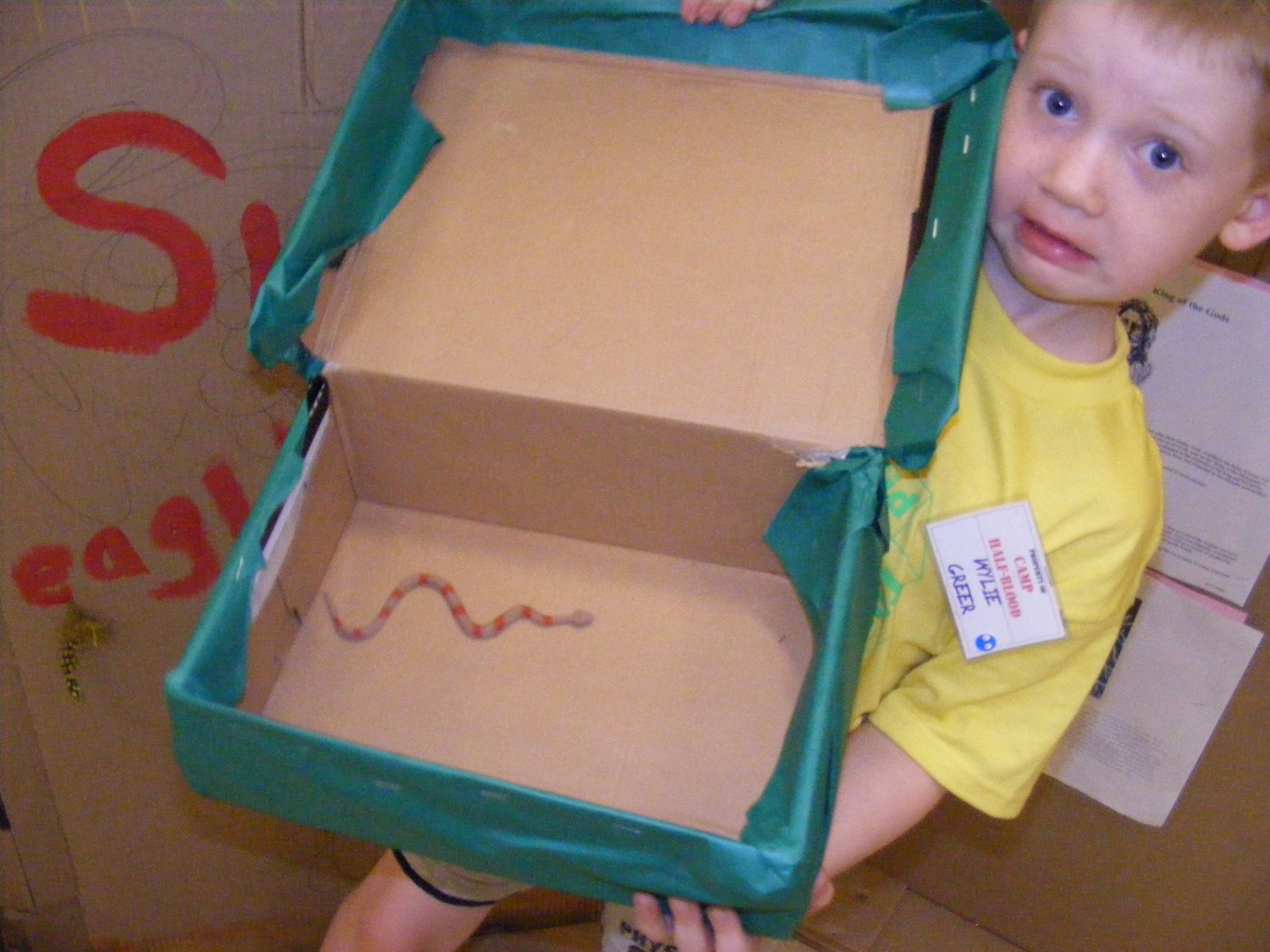 In his Greek Mythology class Wylie created his own Pandora’s box, in which he had to put something that scares him. Considering his current movie obsession, this was perfect. 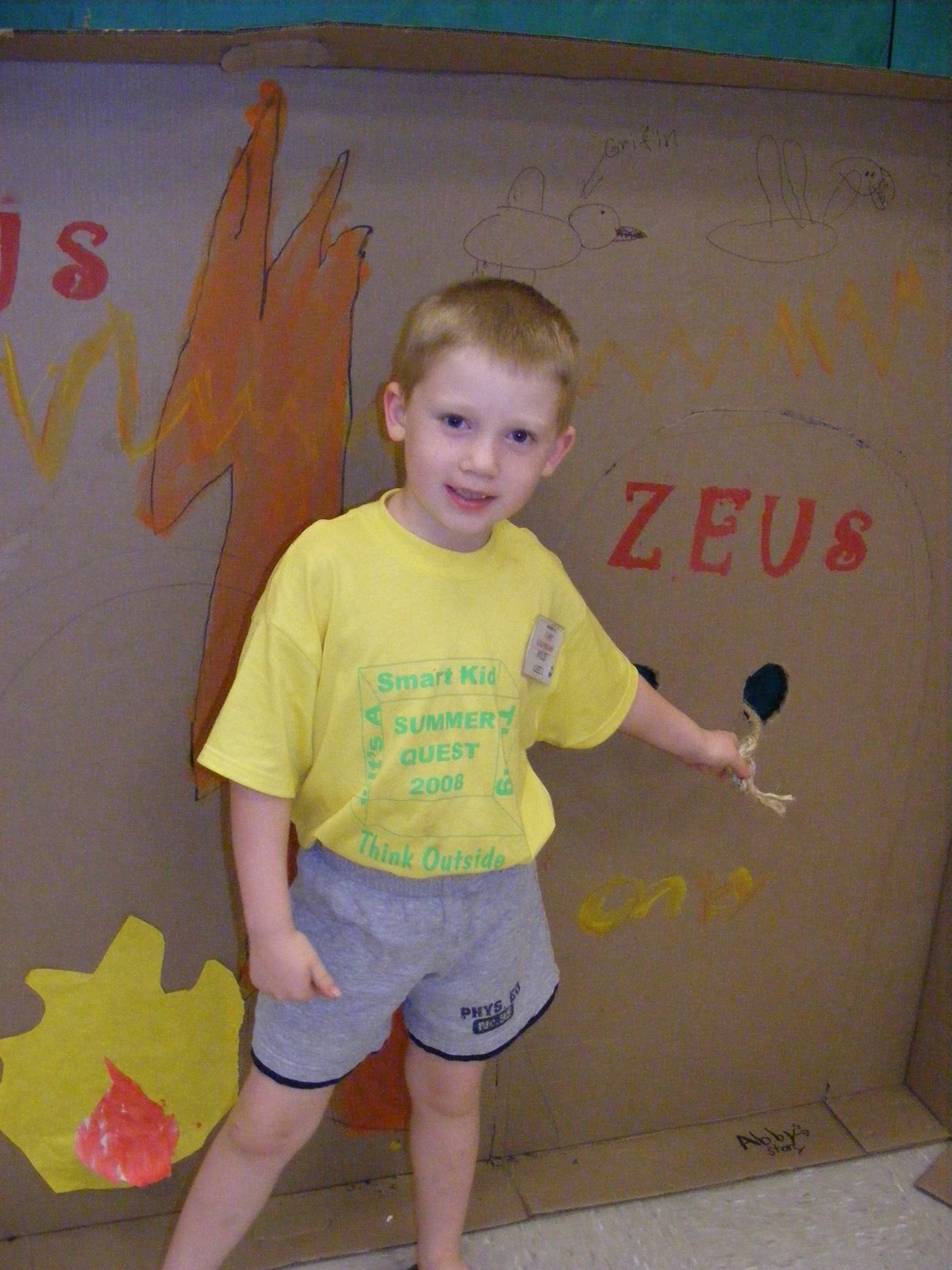 He also learned that he is the son of Zeus and helped to build a family cabin with his other siblings. The book they centered everything around was Lightning Thief by Percy Jackson, which Wylie loved. 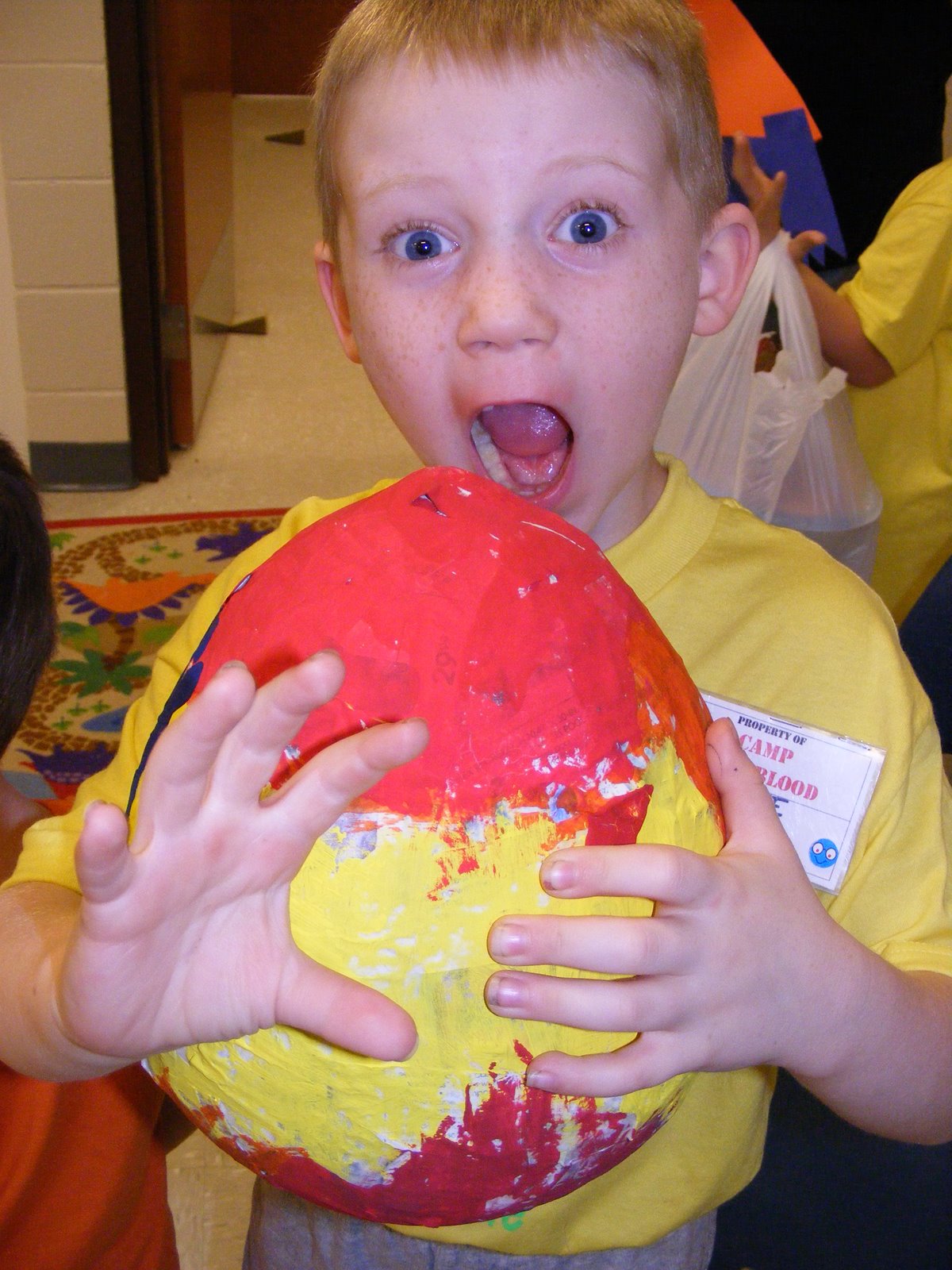 Next up was Dino-Mite a fun class all about Dinosaurs and where Wylie learned the fun -and stinky-art of Papier-mâché! Here is showing of his Dino Egg. 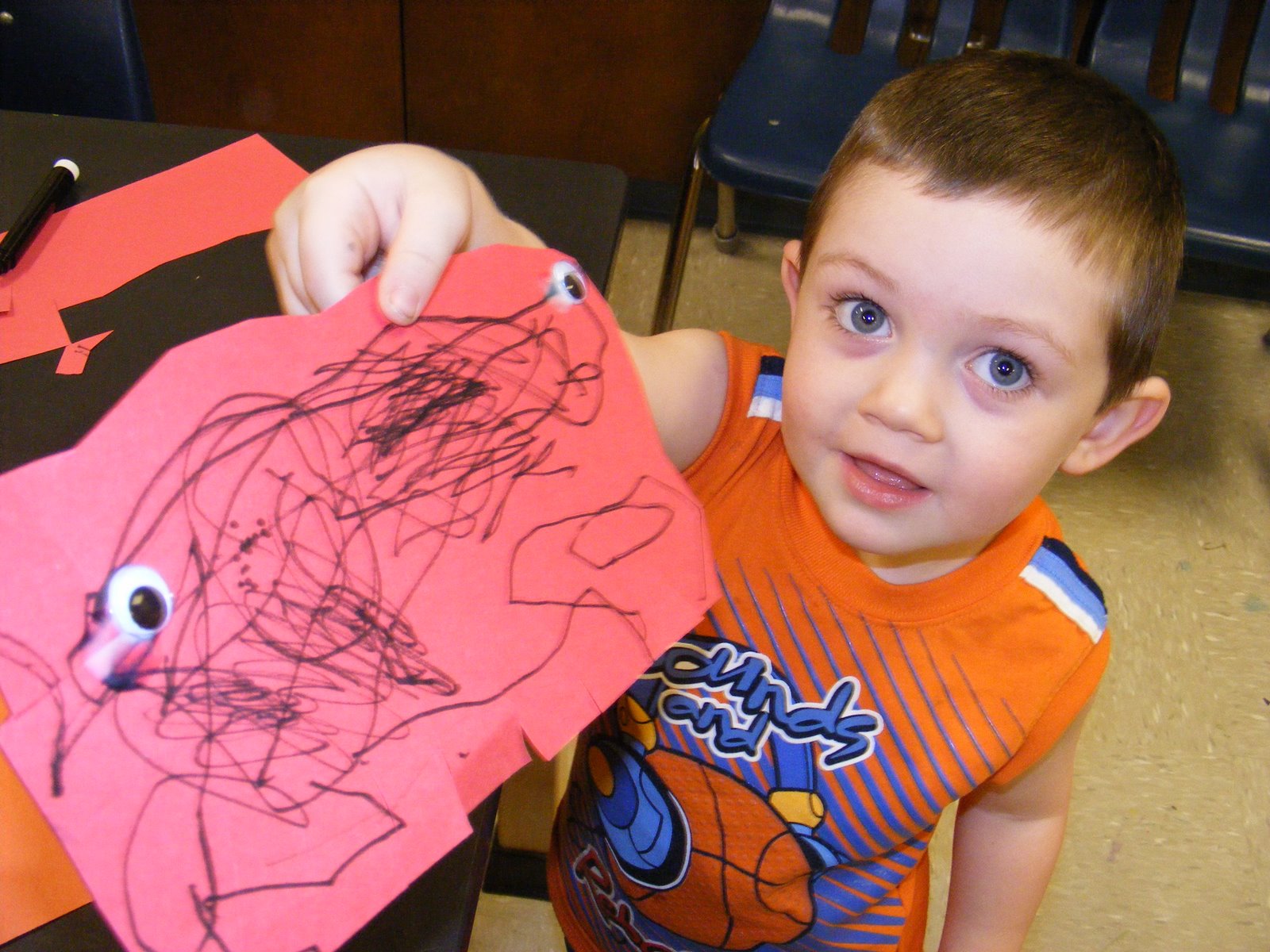 Miles was super excited to also get into the Dino-action and create his own dinosaur. So cute! 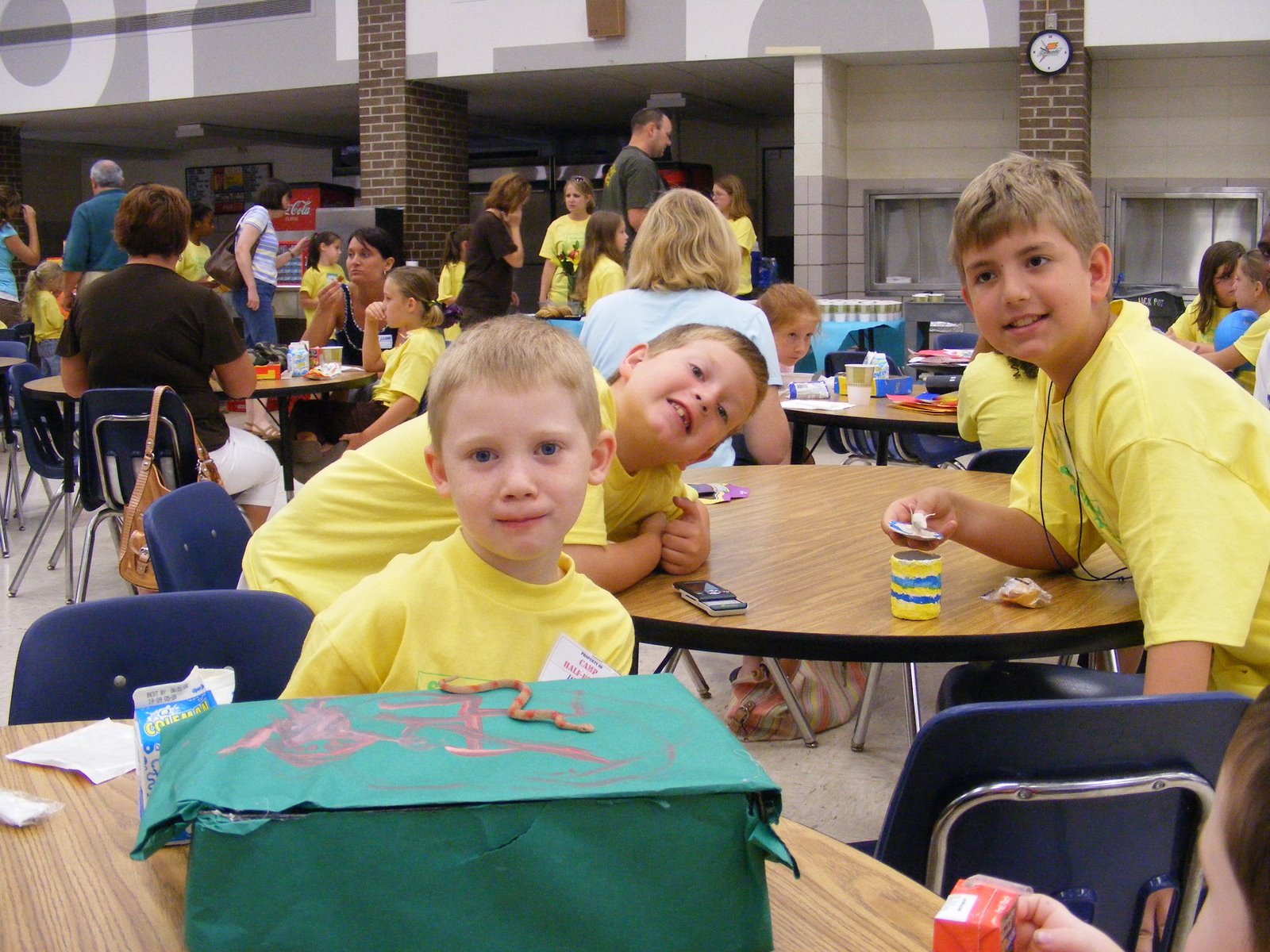 Next was snack time with best- pals – 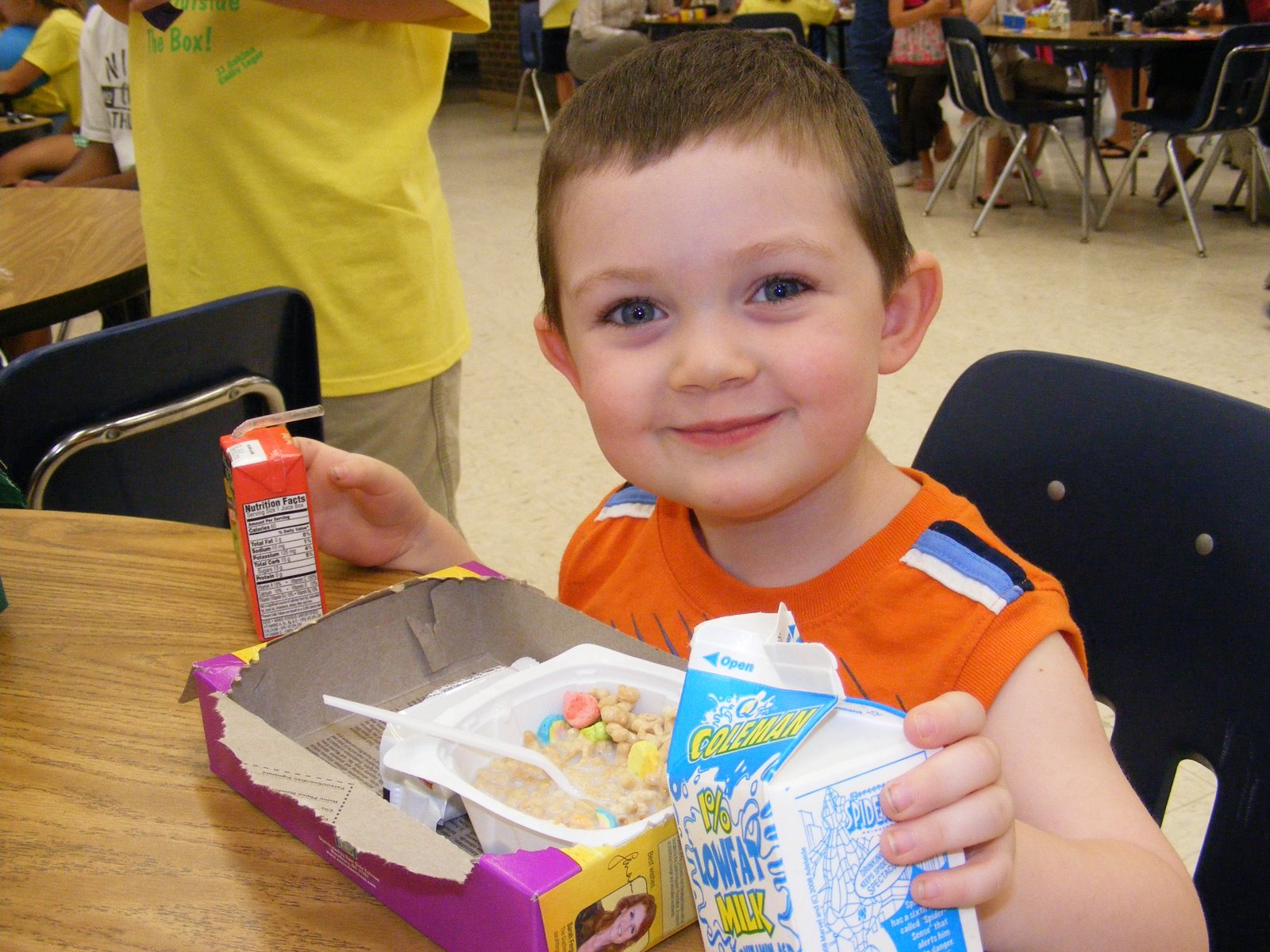 which again, Miles loved – especially since he got to stand in line with the big kids and eat the same stuff they did!

After all that there was a little program and then we were done. Quest Camp was a raging success and now summer is really here. 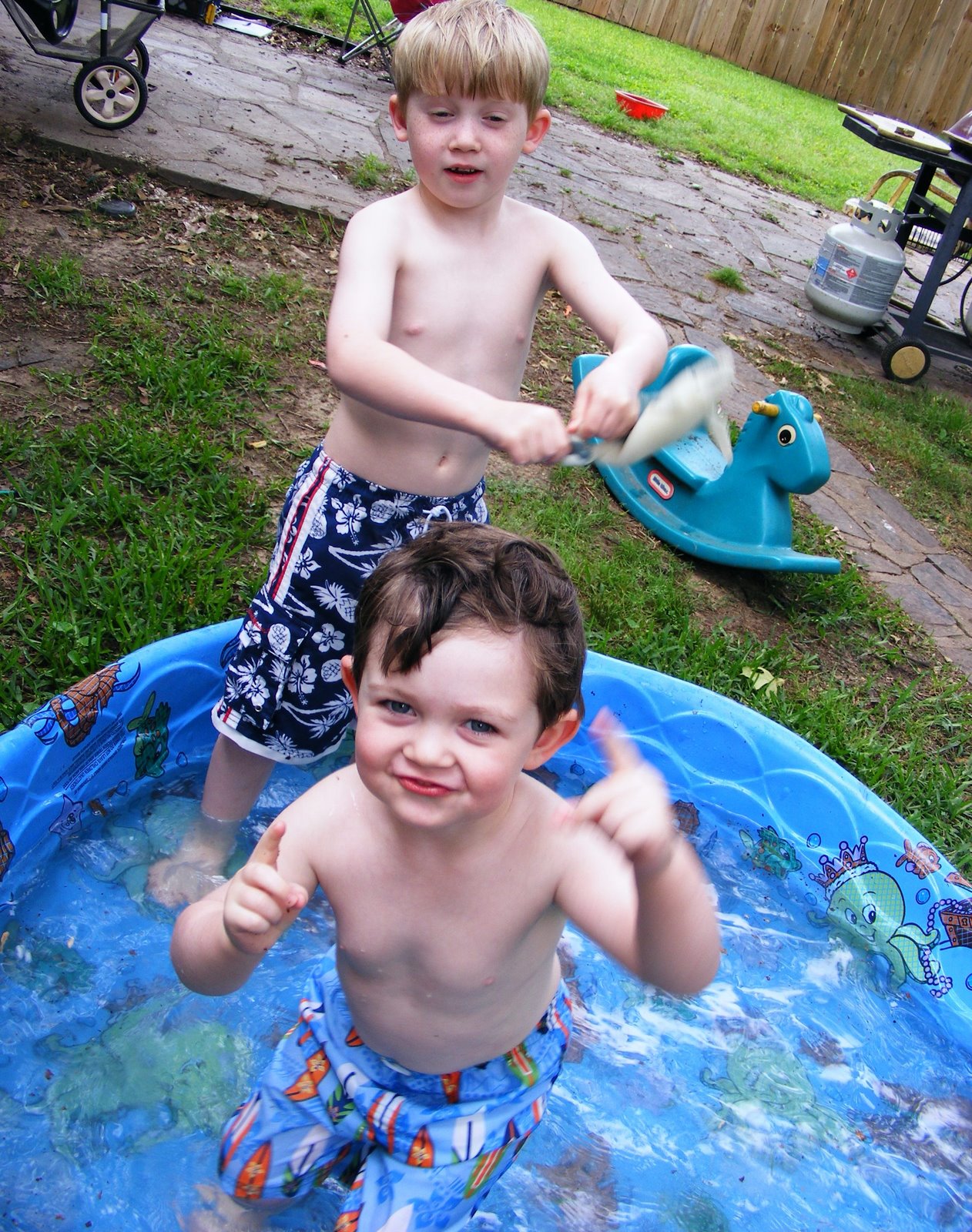 This is the first summer I have had them home 5 days a week since Miles was a born. They have always gone to Mother’s Day Out/Day Camp at least 2 days a week in past summers (or we had Aunt Ju Ju here to help.) However since I do a lot more work from home these days and because of the ridiculous cost of gas, we decided that it would make the most sense for them to stay home all summer. Of course that meant some growing pains and adjustments for all of us, and finally the creation of a daily schedule. Anyone who knows me well knows that I am not a hard-core schedule person, but I do like general perimeters to my days and weeks. A general idea of where I have been, what I am doing and where I am going.
So I think we have created a good daily routine that allows for play time, reading time, tv time, computer time, outside time and meals without feeling overwhelmed. 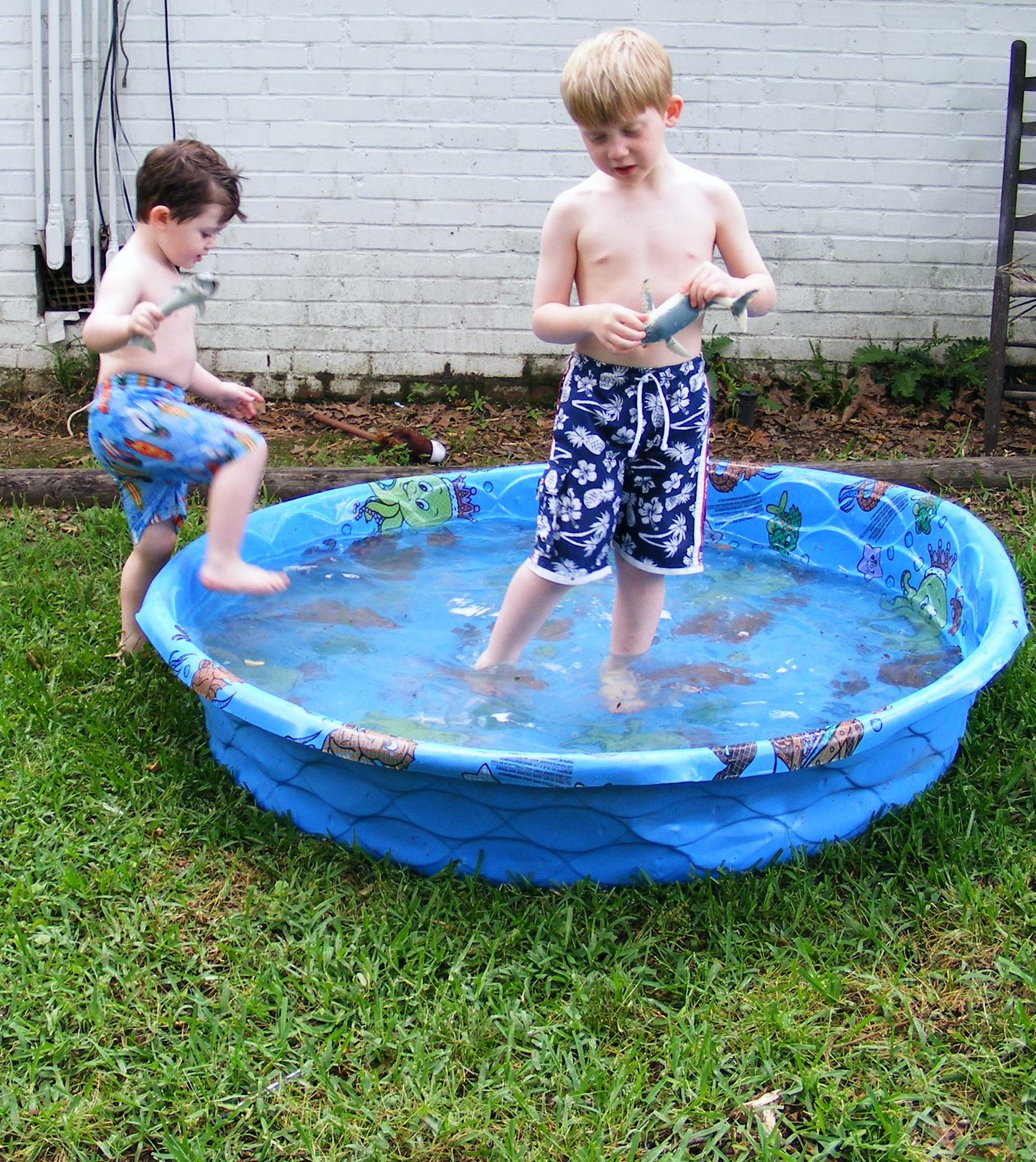 Creating this schedule mostly stemmed from noticing how much more aggressive the boys were towards me and each other after too much TV and computer time, even if they had only been watching seemingly mellow things Curious George and playing Super Why on PBSKIDS. Of course I know that after I have sat in front of the TV or computer too long I get “fuzz brain,” and feel tired and worn out, not able to concentrate as well and definitely in need of some time to unplug and defuse. I have always tried to monitor their TV and computer time, but in the school year that is a lot easier since they are already gone to school most of the day, in the summer, those good habits seem to get away from all of us too quickly. So I have assigned certain times of day for certain activities, trying to be conscious to divide up & limit their media time more intentionally. So far (after 1 tough-ish day of complaining) this has had an amazing affect on their attitudes and they really seem to enjoy the structure, and the best part is that they are enjoying each other so much more…

Also, reading time applies to me too and I really love that!

« We still got some bunks left at camp…
Beautimous »