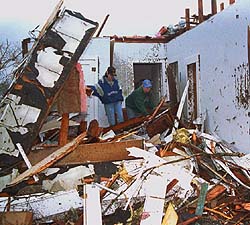 Today I am thinking, and praying and mourning for all those who have been hit by the storms in the past days.
This is a picture from my parents house from the March 1 1997 tornado that hit Arkadelphia.
This is the link to the article that was on USA Today.com about it all… It was also the early early days of the internet and this is not a digital picture. So weird how much times change in only 11 years.
I had completely forgotten about this picture and this post.
Judea and I (in green) are in Jemimah’s room until my friend Jeanetta posted about it on her blog.
Neither Judea nor I were in Arkadelphia when the tornado hit, we were  in Little Rock with my grandmother buying the materials needed to make my veil for my (then) upcoming wedding.
My brother Joshua was working in downtown Arkadelphia at a small grocery store and helped to get everyone under the meat counters when the storm came through. He spent the next 12 hours moving perishable items from that store to another unharmed store. It was hours before we knew whether he was OK or not.
My parents and Jemimah were actually in the house when the tornado hit. They were in an interior closet in my parents room. The only part of the roof that was not hurt or damaged, was the part directly above them. The phone lines were down and my soon-to-be Father In Law was the one who finally made it into to town with a cell phone to check on them first. When he got to their house he couldn’t find them all the exterior walls in both my sisters rooms were gone or crashed in and part of another house was in their bathtub. He could only imagine the worst until he saw them walking down the street, coming back from an elderly neighbor they had gone to check on. I don’t think he has ever been so relieved since.
We spent days picking through the rubble, saving what we could. Usually after a storm the sun comes out, but because it was March, it just kept raining and raining. Rain on top of all that mess. It was so surreal. There was pink insulation in all the trees, and they looked like Tim Burton Easter Trees. Pink and gray and soggy all at the same time. They sent the National Guard in to help with everything, and for weeks I felt like I lived in a war zone. On every corner was a little encampment of soldiers huddled around a fire with guns by their sides. For the first week or so you needed a pass to even get around the damaged part of town…We had to “show our papers” so to speak. 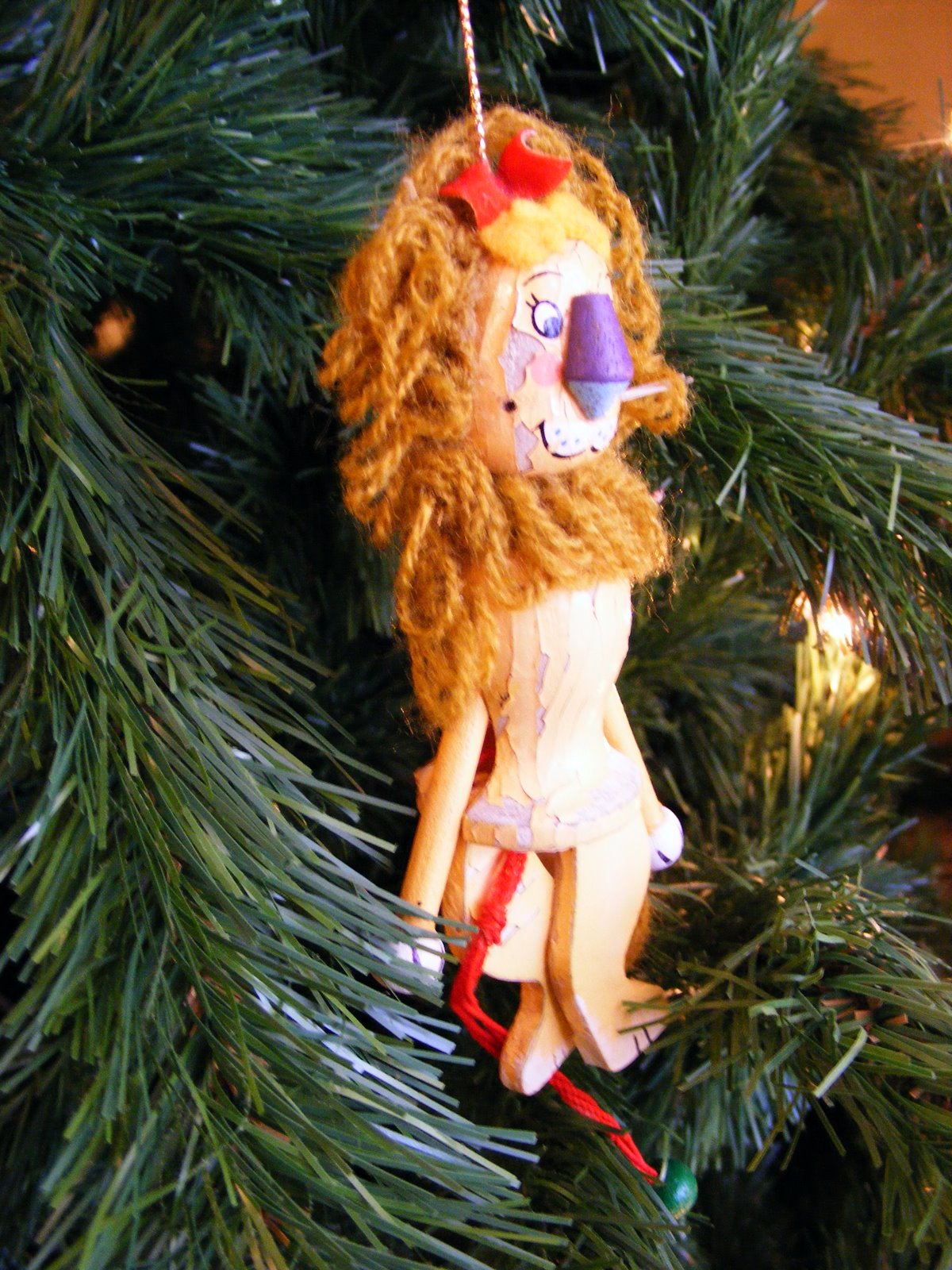 It’s funny how sometimes you never knew you missed something until it reappears. We were all so grateful to have come through the tornado safely, that the loss of stuff never really mattered that much. For the most part we couldn’t even remember the things that were in the attic that might have blown away… We felt just so blessed to be alive and together. It took a few years for my parents to rebuild a big and lovely home on that same spot – committed to rebuilding the neighborhood and the town. After a few more years, mom managed to empty all the boxes we (and many volunteers) had hastily packed up after the storm. I will never forget how I cried the first Christmas we had in the new house where she actually was able to use some of our old ornaments that had been salvaged.

Update: 3/2/2017 – I actually ended up writing about this day in the Holy Cross chapter in my book A Homemade Year: The Blessings of Cooking, Crafting and Coming Together

« Life Interupting
The Mantel Was Bare…And a Winner Was Picked! »