As promised, here are some pictures of the boys for Jemimah & Adam.

I’m letting both of them grown their hair out until they say “cut it!” Miles’ is too beautiful and wavy. And it goes with his cheeks so well. 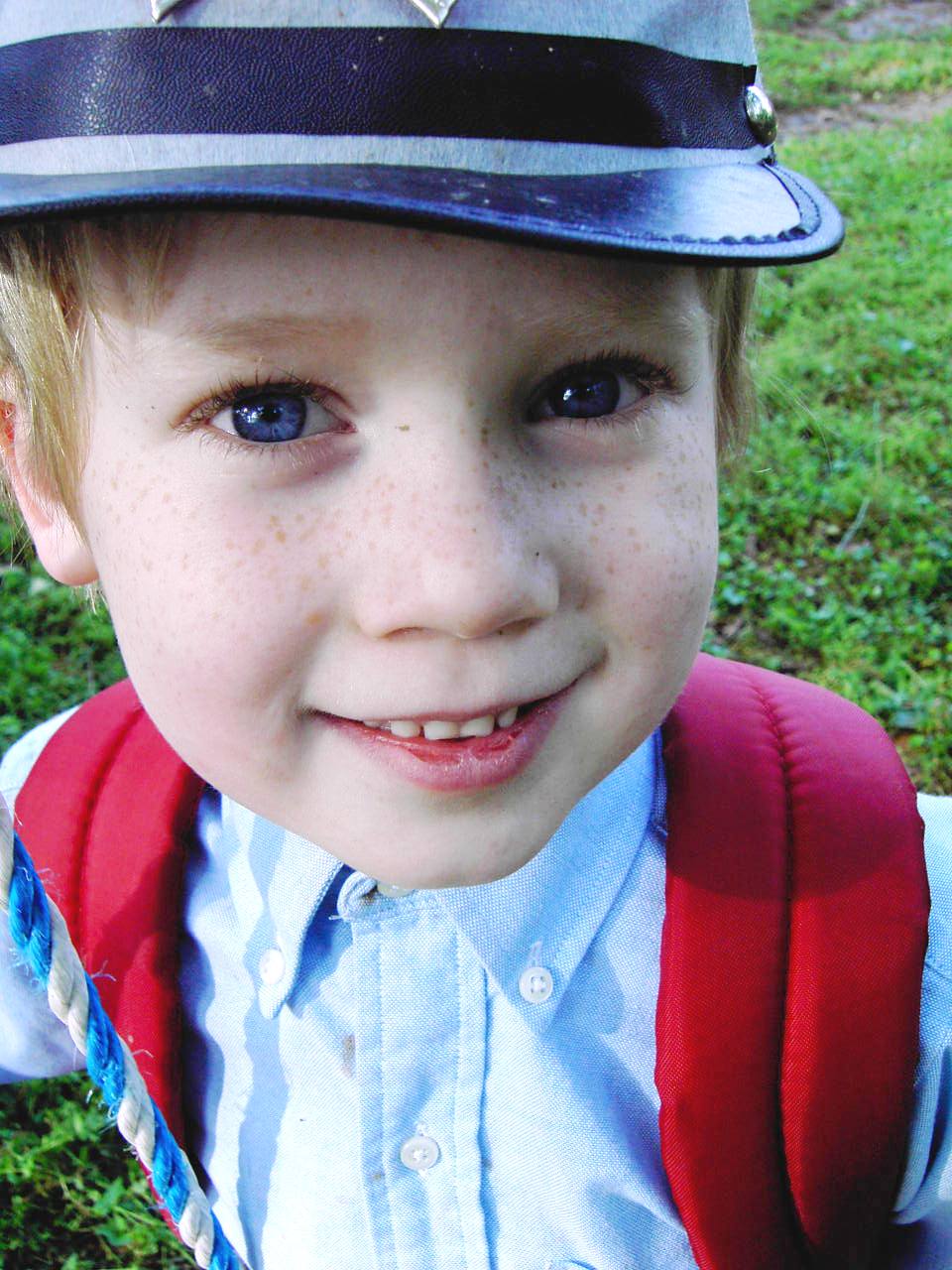 Don’t you love his hat? 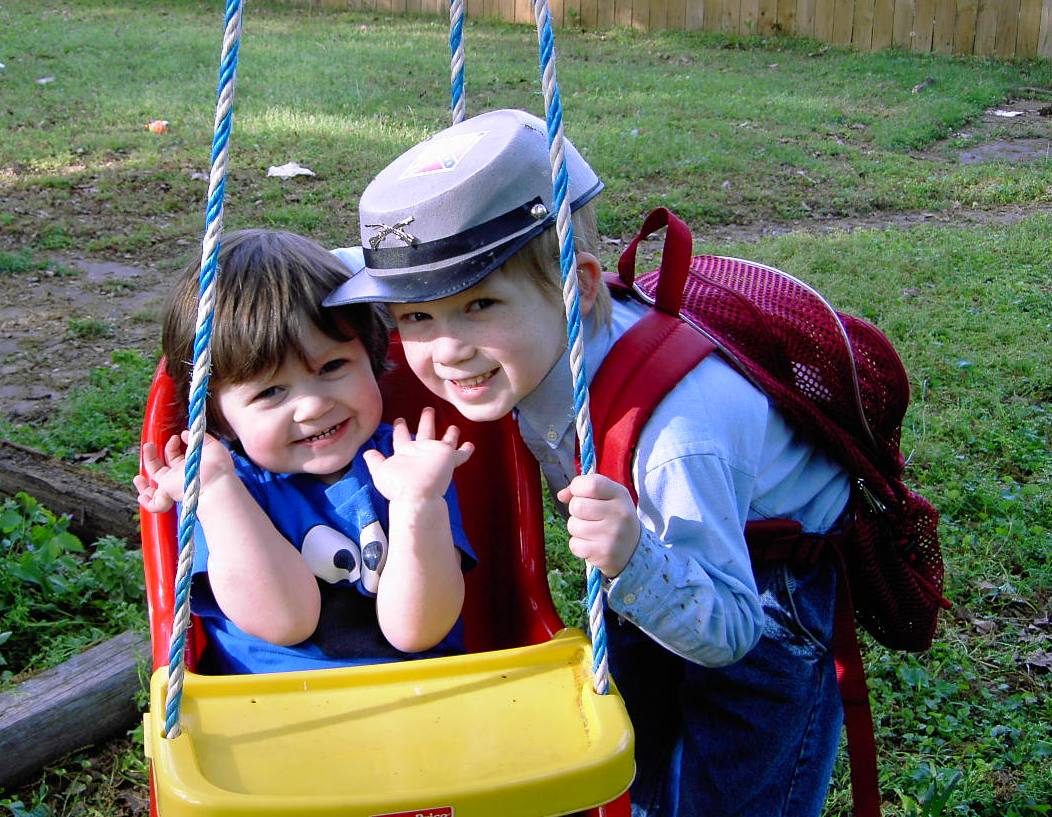 For those of you who don’t live in the south, let me share something with you. If you go to find a Civil War hat for your kid, and you live in a southern state, there is only one kind available. So there ya have it. Yesterday Wylie was pretending to be a Confederate Soldier and there was a plot line similar to the one in Where Eagles Dare, which takes place during WW II and which he watched last week with my dad.
I haven’t watched it in years, so it is a bit hard to follow when retold by a 6 year old, and remade into a Civil War story. You can understand my confusion I am sure.

These croquet mallets where helping to create a trench around the fort. I believe on the other side of the trench they were planting ‘crops.’ I think. As I said, I get confused with all the plots and subplots of Wylie’s playtime adventures. 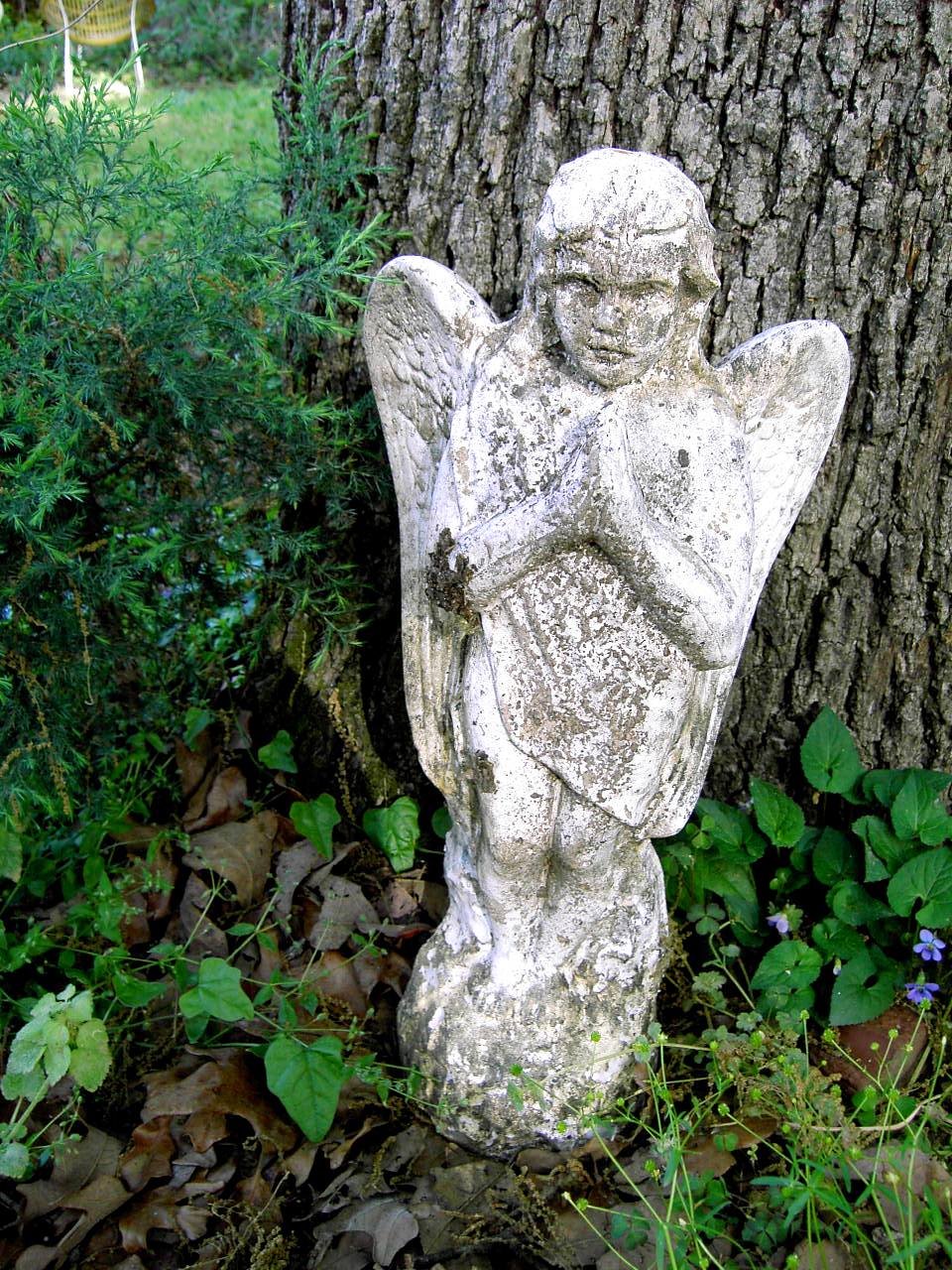 This is our yard angel. She watches over everything and everyone. Right now she is guarding the baby bunny that we rescued from the jaws of Chole. Yep, that’s right, our dog tried to eat a baby bunny. On Easter weekend. And Wylie witnessed it all. The brave little solider boy was sobbing over the fate of the baby bunny. The baby bunny is now resting in a shoe box with some milk and parsley. Hopefully he will revive nicely and can be released back into our jungle of a yard. Wylie has named him Roosevelt.