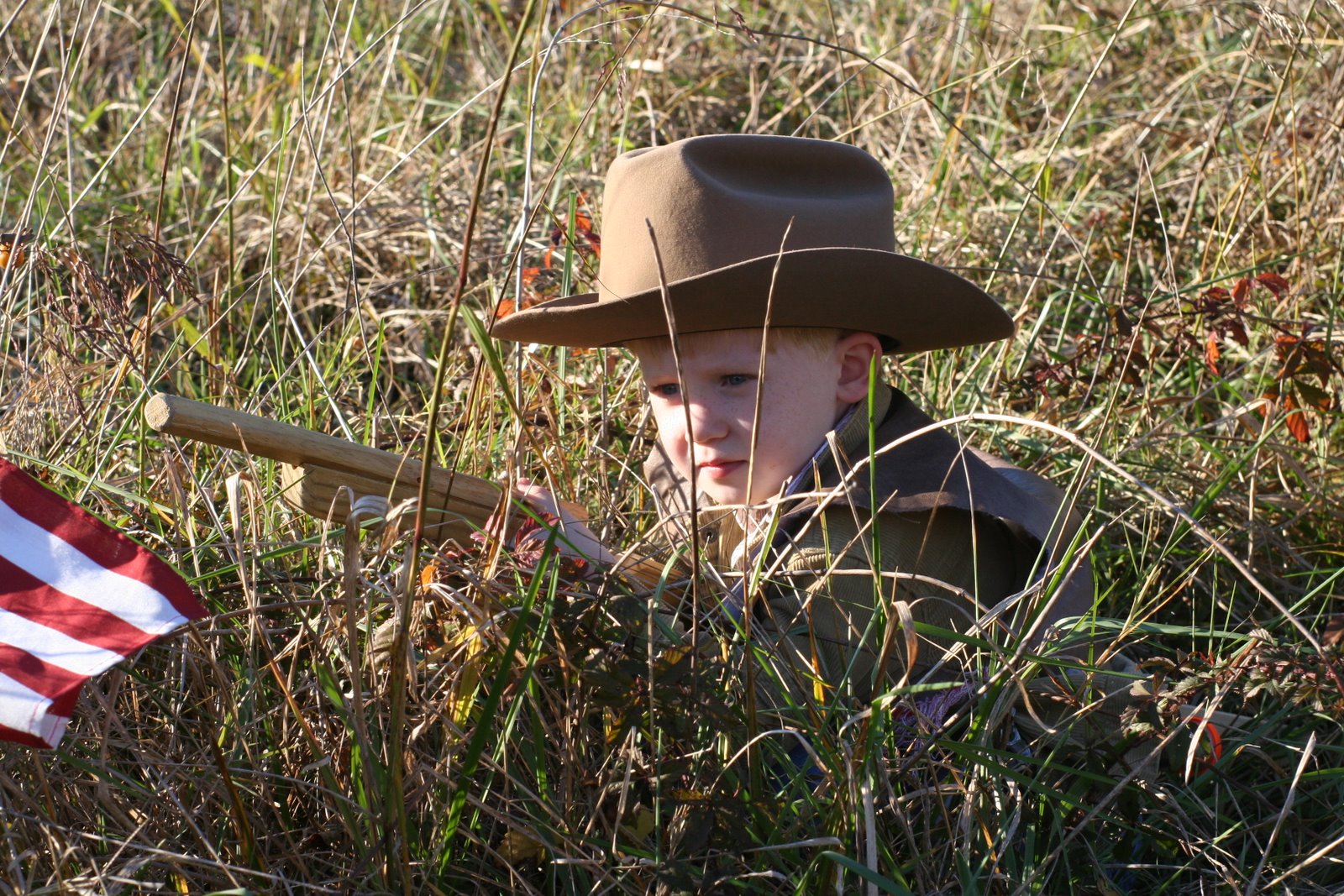 Among the things I never thought I would google, the latest would be “revolutionary war crafts.” That’s right folks, we have moved past pirates straight into the Revolutionary War. Wylie is already planning his 7th Birthday Party Battle Re-Enactment. It’s still 7 months away. Also today they had a read-a-thon at his school. He took a book he received for Christmas on the RW that weighs as much as him. It’s so big it came in it’s own box.

Yesterday, he was marching around in uniform (of his own making of course,) waving a flag and singing “the bombs bursting in air, gave proof through the night, that our flag was still there” at the top of his lungs. He keeps asking on what date and during which specific battle was that song written? I don’t think I have it in me to tell him the truth quite yet and introduce a whole new war- The War of 1812 – to him.
All his costumes – from Pirate to Civil War Soldier to RW Soldier to Cowboy have many similar pieces. The hats are sometimes different, usually blue jeans and some sort of vest are involved. Always a sword or a gun. 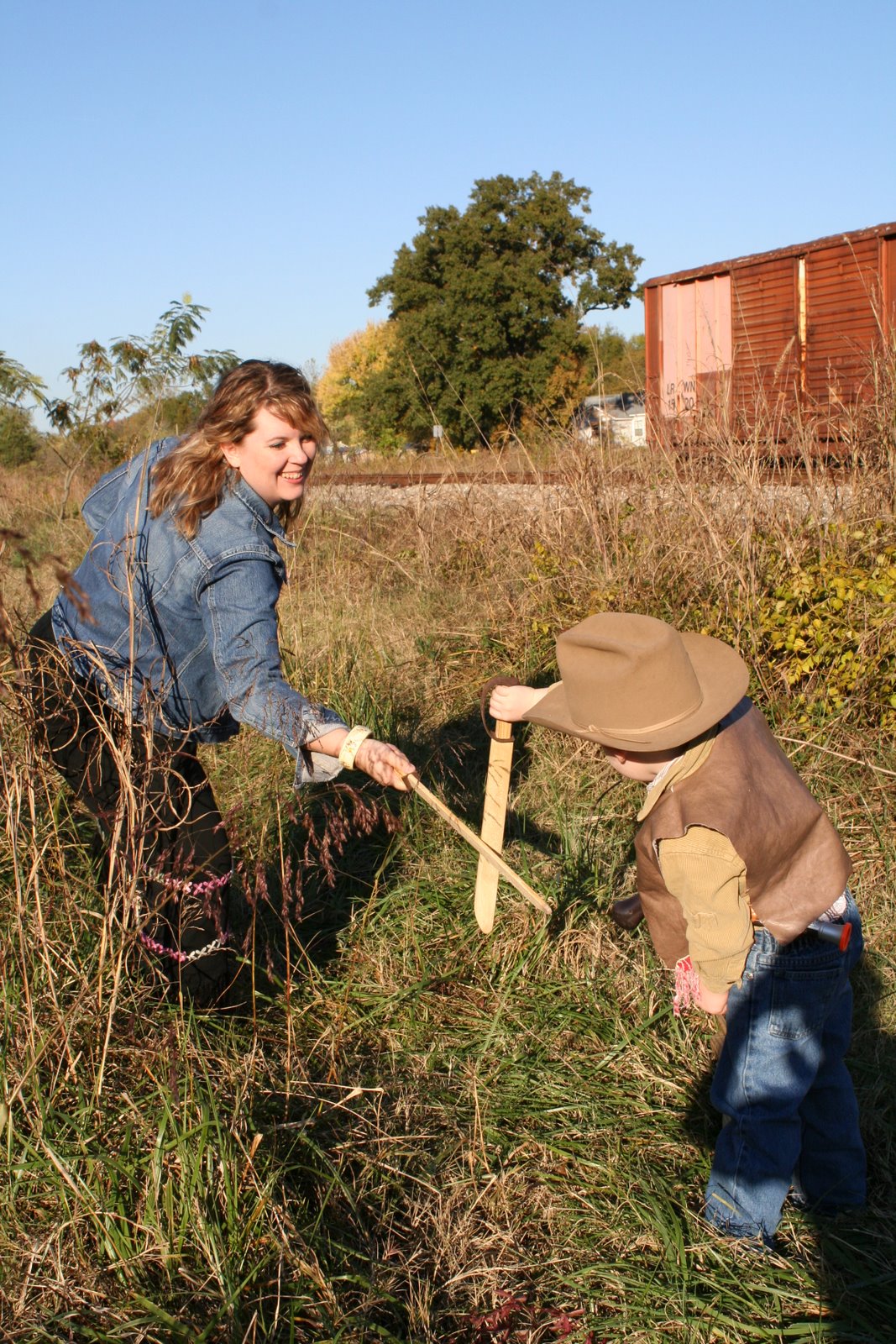 Just for the record I am a peace-loving kind of gal. I have never held a real gun, and don’t really care too. When Wylie was a baby I would say things like “no guns” and “no weapons” to the grandparents. But as soon as he could hold a straw he was bending it into a gun. As soon as he could walk, he was wearing boots and as soon as I saw how much he loved to play pretend all bets were off.
His imagination is bigger and better than I could ever have dreamed, and it looks like little brother Miles is following suit. The more Wylie learns, the more he plays and the more he plays the more he learns, and there is nothing cooler than watching your kids brain grow and his world open up. I am a lucky momma.