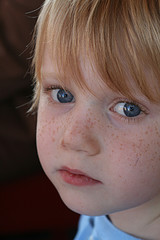 Jemimah took this pic of Wylie right before his 6th birthday. He looks so grown and so wise. Where did the past 6 years go? Yesterday I told him that there are colleges in the wide world that are for people who want to be film makers. His eyes got as big as saucers. “I am going to that college!” he said breathlessly. I smiled like that cat in Alice in Wonderland with all the stripes. Wylie hasn’t been big on college since he was 3 and Steve from Blues Clues left Blue in the lurch with dumb ole’ Joe, for College! Wylie was horrified at the thought of leaving me, his precious Mudder, for such an awful place. He was going to live with me “forever,” he informed me. I have been working on creating a picturesque view of College ever since. Forever is a long time I thought when he was 3. But now, looking at this picture of my 6-going-on-16 year old, forever seems too soon. I remember the day my mom left me at OBU. The lump in my throat was big, but not as big as her’s was, I am sure now.

Last night the boys watched the end of The Incredibles. It was decided that Wylie is Dash and Miles is Jack-Jack. After it was over Wylie said “Momma, I think you are mostly like Violet because you are sensitive. But you are kinda like Mrs. Incredible too because you can stretch. Like in yoga, when your arms get long.” I am glad I am not trying to hide too much from him. He would figure it out anyway.

Speaking of mothers, last week my mom had her birthday too. Guess how she spent it? Doing my laundry and watching my kids while I had a stomach flu. All I gave her for her birthday was a little book and the same flu. What kind of grateful is that?